Hulkenberg feels he is not "leaving" Formula 1 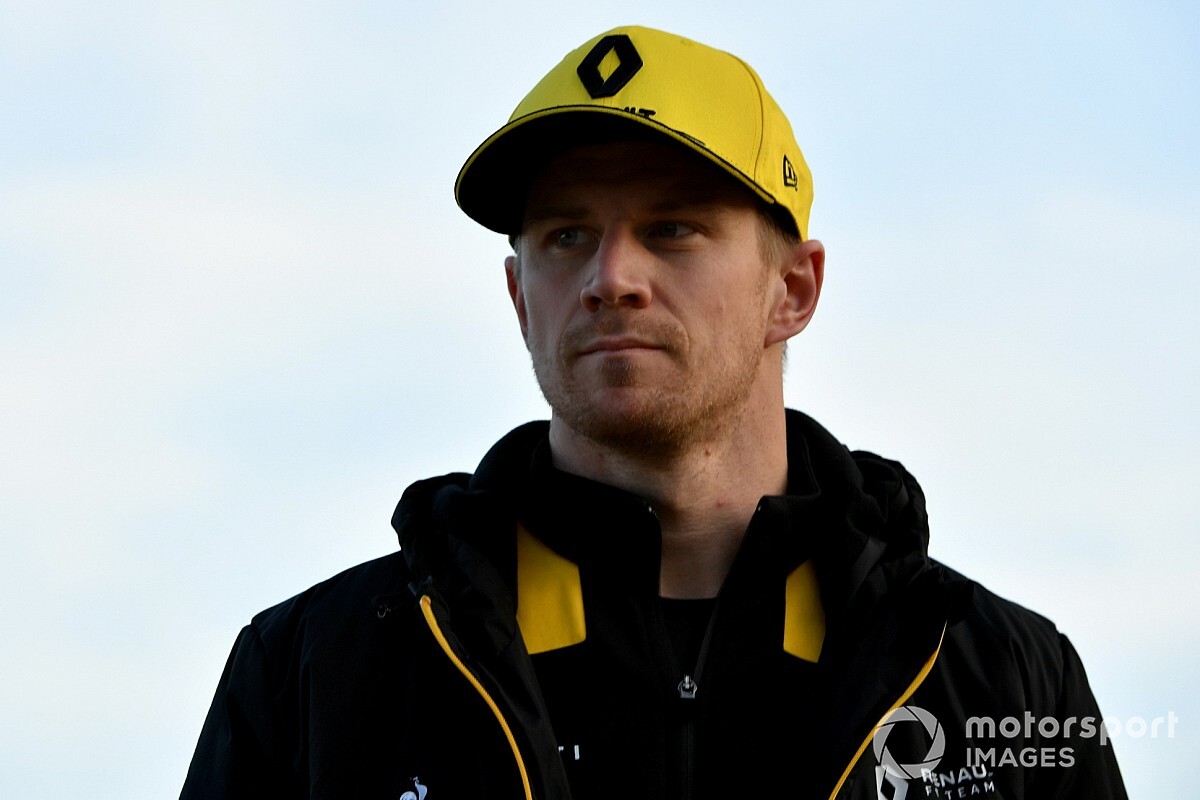 Renault's Nico Hulkenberg admits he does not feel like he is leaving Formula 1, and says he wil be ready for any opportunity that might arise in 2020.

The 32-year-old driver is currently without a race seat for 2020.

He was most recently linked to a deal in IndyCar with Ed Carpenter Racing, though team boss Ed Carpenter said this would not happen on Tuesday.

In F1, he had been holding on to the slim possibility of a seat at Alfa Romeo before it extended Antonio Giovinazzi's deal.

Hulkenberg had already acknowledged that he would not return to Williams, which is expected to name Formula 2 frontrunner Nicholas Latifi - who is currently a junior driver for the team and has taken part in free practice sessions for the squad - alongside the already confirmed George Russell.

Reflecting on his current situation, Hulkenberg said: "No regrets. Of course I've done mistakes, like we all do sometimes that I would have liked to avoid, a few moves or things I'd do differently now, but that's always easy to say with hindsight.

"So all-in-all, I'm at peace with what I've achieved and I don't feel I'm retiring as a race driver.

"I don't feel I am leaving F1, I might not be on the grid, but if there's an opportunity I'm going to be ready."

As well as IndyCar rumours, Hulkenberg has also been linked with a drive in the DTM, though he played down the likelihood of such a deal happening.

"I haven't signed anything, and I won't do for the foreseeable future," Hulkenberg added. "I received calls from different, let's say racing series, teams, but nothing is really happening at the moment.

"To be honest, my state of mind is quite relaxed.

"I will finish the season anyways and I want to be as successful as possible and then after that, I want to rewind a little, take a moment for myself or two or three, and see what I want to do, what seems of interest.

"I'm certainly not having the feeling that I want to rush into something, just to race, so I am pretty relaxed.

"I feel a decade of F1 is intense, living at that high-pace, so that's why I just need to see when the new year starts, how I feel and how things develop and evolve and in which direction.

"Honestly, at the moment, I just don't know."

Any hypothetical switch to IndyCar would have to be road-course only for Hulkenberg, as he has confirmed that he does not want to contest oval rounds in the series.

"Ovals, I've always said I'm not a big fan of it, just doesn't strike me and I think I have too much respect for that, it just seems not my thing," he added.

"So yeah, I'd keep it limited to the road courses."