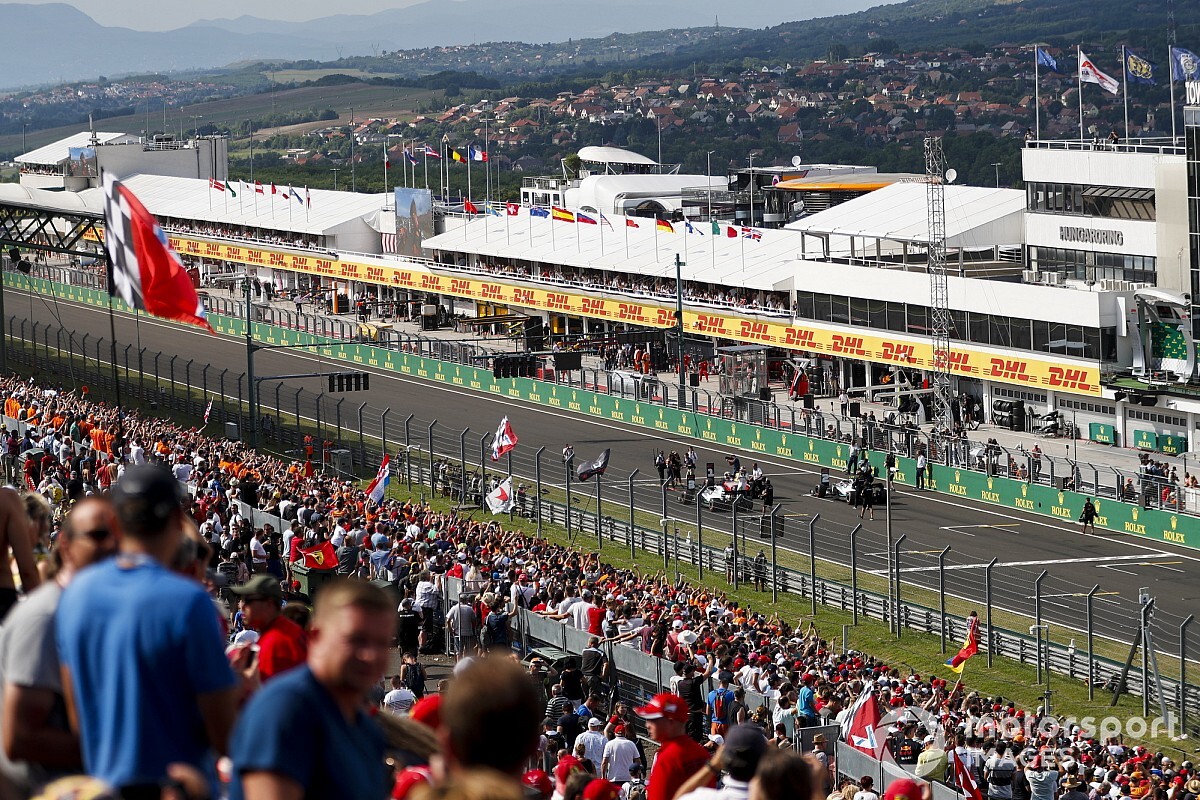 The Hungarian GP now looks unlikely to take place on its scheduled August 2 date after the country's government extended a ban on public gatherings.

While some restrictions on shops, restaurants and schools are to gradually be relaxed, a block on events involving more than 500 people has been extended to August 15. It has already led to the cancellation of several major musical festivals.

F1 had been hoping to retain Hungary as the third destination on the 2020 calendar, following Austria and Britain. However, even a closed-doors event would break the 500 people limit.

Speaking earlier this week before the latest announcement, race organiser Zsolt Gyulay said that the circuit was open to all options, and that the government is fully behind the event.

"We are in a daily contact with the rights holder," Hungaroring Sport CEO Gyulay told Motorsport.com.

"Liberty is aware that we are open for all kinds of solutions, and we are ready for organising a race. The way it takes is definitely beyond our control, and it depends on the situation the country is in.

"We are waiting for the relaxation of the measures, and how and when life goes back to normal. Along with the Austrians and the British we have confirmed, too, that we are fully committed to starting the F1 season.

"We have talked about the option of a closed door race, but its protocol is still being developed for Austria. If it has been developed certainly we will comply with the regulations as well.

"Of course, a lot depends on the government's set of rules, too. However, one thing is sure, for both the government and the Hungaroring it is very important to organise the Hungarian Grand Prix."

Asked if an alternative calendar slot had been discussed, he said: "For the time being no other date has arisen."

Gyulay said that the race can be run with or without spectators, depending on the circumstances.

"There are two options. The first one is that we organise a race closed to fans, similarly to Austria. Certainly, it would mean a huge loss for the promoter.

"The second option is to organise the race with fans, in which we have 35 years of experience. Last year we broke the audience number record, and based on the pre-sold tickets, a similar number was expected for this year's race.

"Of course, ticket purchase has stopped since the coronavirus outbreak started, and we must adapt to the new situation."

Gyulay indicated that so far there have been no discussions with F1 about running two races at the venue.

"It is too early to speak about it, because the negotiations are not at that point yet. The circuit is suitable for organising two consecutive races, furthermore, the country would benefit from it either from a touristic or economic point of view, if the teams spent two weeks in Hungary."

The circuit was to have built a long-planned new race control and pits complex for this year's race, but the construction work has been postponed.