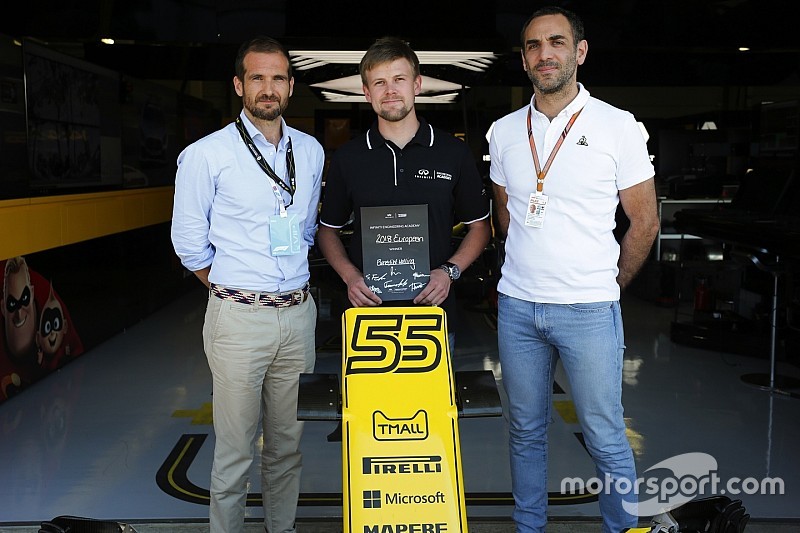 A 25-year-old engineering student has won the opportunity of a lifetime to pursue a career in Formula 1.

A 25-year-old engineering student has won the opportunity of a lifetime to pursue a career in Formula 1.

Benedikt Helling from Mutlangen, Germany, was revealed as the Infiniti Engineering Academy 2018 European winner by Renault team principal Cyril Abiteboul in the Silverstone pitlane ahead of this weekend’s British Grand Prix.

His prize is a six-month work placement at Renault F1 in Enstone and a further six months at Infiniti’s Technical Centre Europe in Cranfield.

“It’s unbelievable,” said Helling. “It’s so crazy that I’ve won this. It’s a dream come true for me that I’m working together with the kings of engineering.” 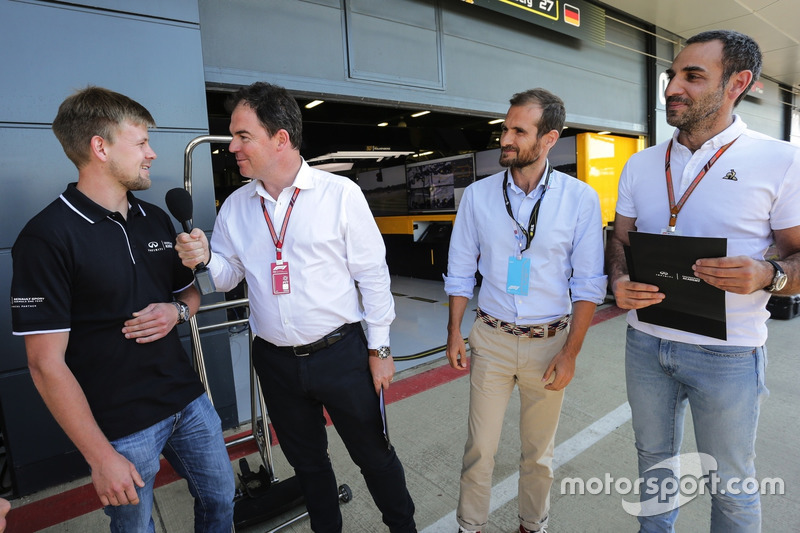 The annual competition to identify and promote young engineering talent attracted over 3000 entries from across Europe this year.

After an intensive selection process, 10 candidates went through to the finals at Renault F1’s Enstone headquarters. There, a judging panel put them through a full day of practical tests and challenges to whittle the number down to three.

The tests included hands-on engineering tasks, such as building a functional dragster model, while Dr Julia Hinson, a specialist in decision science at Harvard University, assessed their teamwork skills and capacity to be decisive under pressure.

Helling and his fellow finalists Carsten Beck (24) and Nathan De Kerpel (24) then went on to a final day of tests at Silverstone, including an oil blending task in the Renault F1 garage overseen by Nico Hulkenberg, and a trial grilling by the media in the team’s motorhome.

“I was surprised at how tough the challenges were,” said Helling, who is studying Automotive Engineering at MUAS in Munich.

“It was a lot of new experiences, and really cool to be inside the factory at Enstone and the garage at Silverstone. It was a test of the full engineering picture - including meeting the media, which is something I’ve never done before.”

“Attracting top new talent is crucial for success in Formula 1, so we want to make sure that together with Infiniti we select the best engineers to work for this programme," said Abiteboul.

"Each one of these young engineers brings fresh perspectives and new ideas to the race team, which are vital.”

The Infiniti Engineering Academy (IEA) was launched in 2014 and the prize for the seven regional winners (from the US, Canada, Mexico, Europe, Middle East, China and Asia-Oceania) is a six-month placement at both Renault and Infiniti.

If you're a current engineering student and fluent in English, then visit http://academy.infiniti.com for more information. 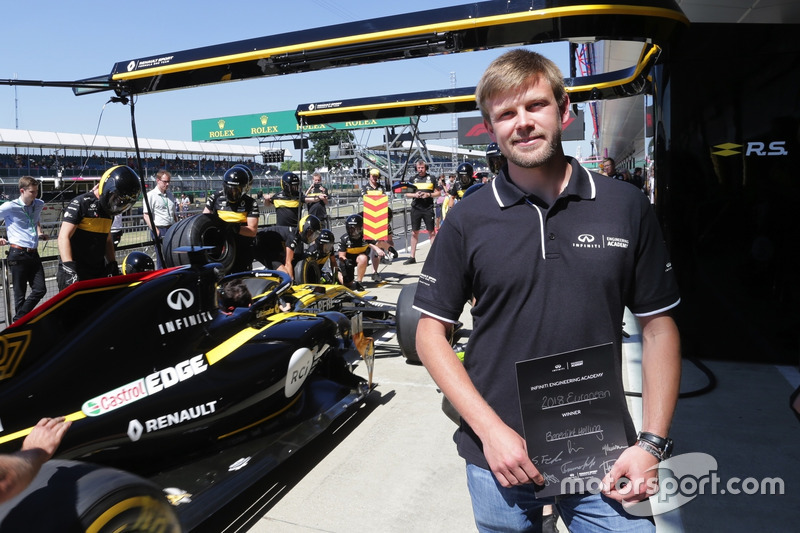