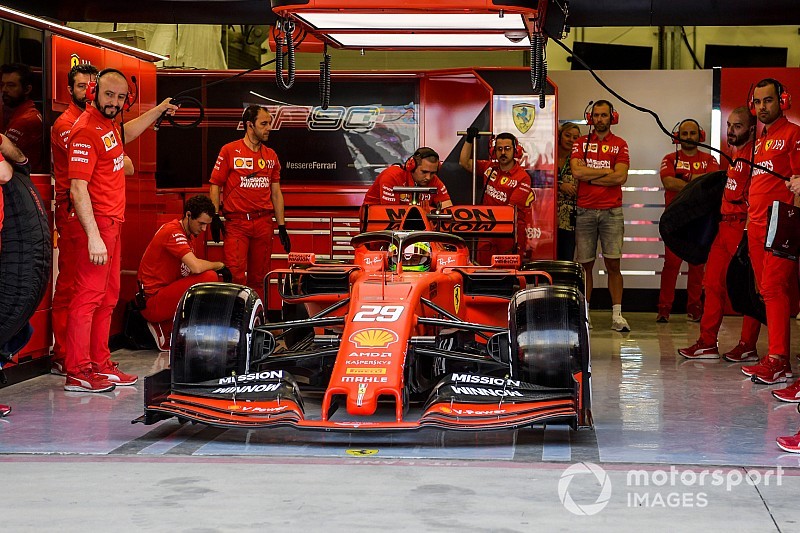 This famous German name hasn't graced Formula 1 since the most successful driver in the championship’s history bowed out at the end of 2012 - until now. Michael’s son Mick joined Ferrari’s Driver Academy this season and recently made his F1 test debut for his father’s old team in Bahrain, watched by Anthony Peacock

Mick Schumacher's tempestuous arrival in Formula 1 was greeted by a storm: a Bahraini sandstorm, of the sort that reduced visibility to similar levels as freezing fog - sprinkling cars and people with a fine yet persistent layer of grit that tasted vaguely of wet cement.

That was on the Monday before what was arguably the most anticipated F1 debut of recent years, and while the dust had settled by Tuesday morning, it remained as an insidiously slippery coating on the Sakhir track's surface.