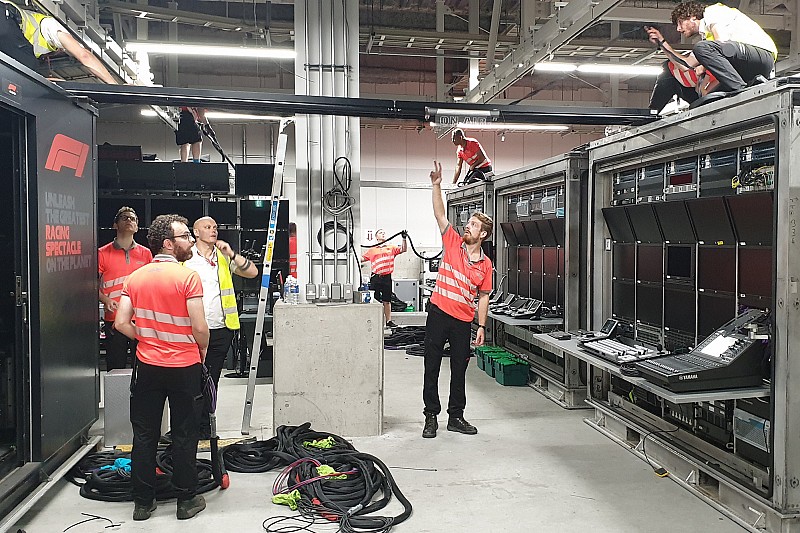 For many Formula 1 fans at home, the biggest inconvenience of super typhoon Hagibis was having to set an earlier alarm for the super Sunday Japanese Grand Prix spectacular of qualifying and the race taking place a few hours apart.

But down on the ground at the Suzuka circuit, the impact was much greater – for F1 had to pull off a near miracle to ensure that the event could not only be broadcast, but even go ahead full stop.

It was clear in the build-up to the race weekend that Hagibis was going to disrupt the grand prix at some point, although how much and for how long was not initially clear.

As the situation developed, it became increasingly obvious that there was an unprecedented risk from strong winds and flooding. And that meant the impact going beyond a question of track action – for F1's own broadcast centre was suddenly in the firing line.

While the structure that travels around the world protects the high-tech systems inside from the weather that most venues can throw at it, it is not designed to withstand typhoons.

And this was a big problem because the Media and Technology Centre, as it is officially known, is the nerve centre of an F1 weekend.

Without it, there are no television images being broadcast around the world, and probably no race because many of the systems that are essential for the running of a grand prix (including timing) depend upon it. F1 could not risk the thing blowing away or getting damaged. 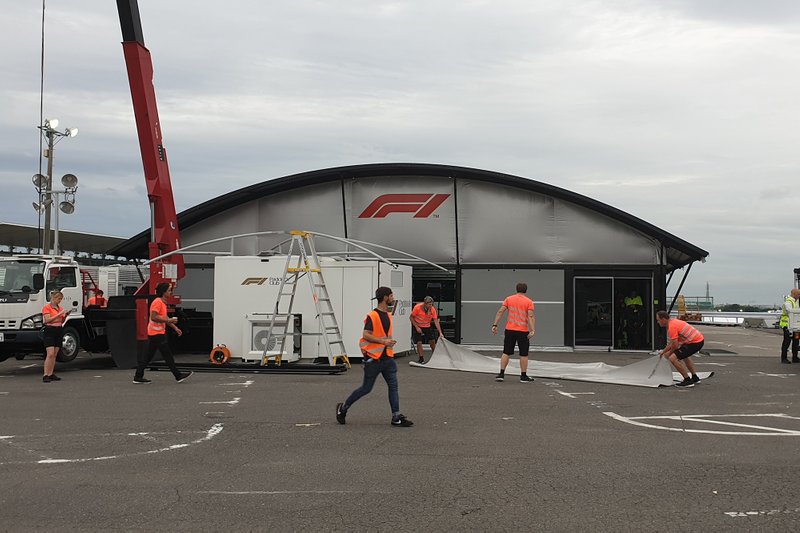 Andrew James, the centre's technical director, said: "If there is no TV, there is not a lot of point of having the race. But [the broadcast centre] drives so many other things as well. We do jump start and pit speed detection, on board cameras, timing, everything. That would all have been compromised."

By late Thursday, F1 was facing up to a scenario where it looked like it would have to dismantle the broadcast centre, store all the equipment somewhere safe and then re-assemble it once the weather threat had gone through.

But things changed for the worse on Friday morning when the latest update meeting with track officials made it clear that the typhoon timing meant there was probably not going to be enough of a good weather period for the broadcast centre to be rebuilt.

James said: "We had a meeting with the circuit at 8am and it was very clear to me then that we would not have time to do a rebuild if we did a strip down.

"And I knew we had to protect ourselves from the weather, so the only way to do that was to get indoors. I had to get it into a garage. I knew we could not not deliver, so we had to find a way of making it happen."

James sent an email out making clear the seriousness of the situation, and it kicked off an amazing sequence of events as he and his staff worked with the circuit and the FIA to get things sorted.

His task was to find a house for F1's entire TV operation, which includes 11 technical containers of equipments and positions for 70 people. You are talking about 80 tonnes of equipment in total.

The solution was to move the equipment that is normally housed in the broadcast structure into somewhere more solid – and the most obvious place at the track was a garage.

Initially there did not seem to be anywhere free, but with a bit of shuffling some space was eventually found.

"We had help from the FIA," added James. "They cleared out their garage, and we moved our onboard camera workshop and camera workshop [that was next door]. The circuit helped us take down the partitioning between the two garages." 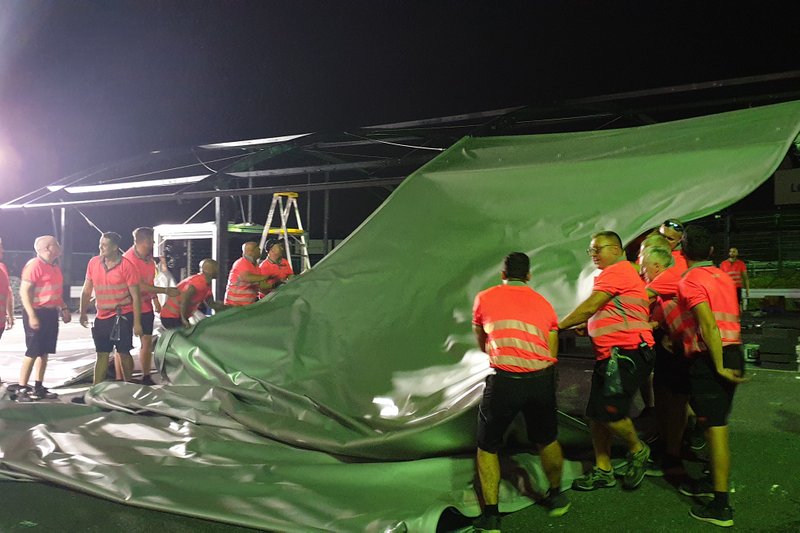 With the location set, the Herculean task of moving equipment began. It normally takes F1 a day-and-a-half to build up all the equipment in the broadcast centre, and then a further five or six hours to take it all apart again. Those were timescales that were not an option this time around.

"We started stripping everything down from 4pm on Friday and it was all hands on deck," explained James. "We had a fantastic team of people and everybody knew what they were doing.

"We had it dismantled in around two-and-a-half hours. Then we had to move it down into the garage and wire it up. And from when we powered it down at the top, to powered it up in the garage it was eight-and-a-half hours – which was unbelievable. It was all about the people knowing exactly what they needed to do.

"It was very much F1 at its best. When we are up against it. Everybody pulled together to make it happen."

Having originally expected to get everything finished by 10am on Saturday morning, the job was actually completed at 3.30am – and that included the erection of some makeshift air-conditioning units to make sure temperatures inside the garage did not get too hot.

Once F1 knew early on Saturday morning that everything was working, the systems were powered down and the garage sealed for whatever typhoon Hagibis could throw at it.

At 5am on Sunday, the crew returned to power the systems back up, they went through their check procedures at 8am, and were all ready for the start of qualifying at 10am.

Proof of the success of F1's battle against the weather and time was that fans at home didn't notice anything different.

And for James, while the speed of what his team did at Suzuka showed what was possible, it is not something that he wants to become a regular thing.

"I said that to Chase [Carey F1 CEO] on race morning," smiled James "He said: 'Well done.' I said, 'Please don't expect us to do this at every race!'" 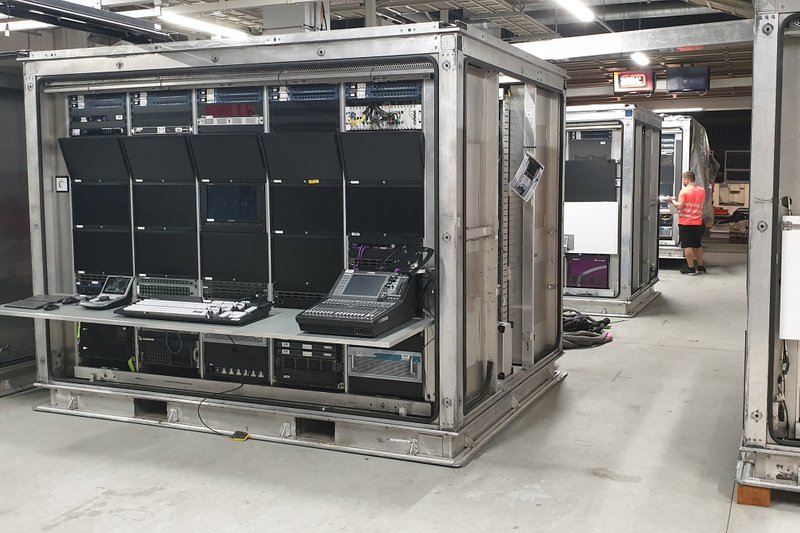 Does the master of Suzuka have an F1 future?