Is Sochi the most affordable race to see on the F1 calendar?

Thanks to a favourable exchange rate, Russia’s round of the World Championship could be F1’s best-kept secret as a destination to visit.

It's no secret that Formula 1's status as the “pinnacle of motorsport” is quite a serious financial commitment. It's a commitment for the teams, the yearly budget of which is counted in hundreds of millions of dollars.

It's a commitment for the championship's partners and sponsors, who likewise have to shell out serious sums of money for the right to have their logos displayed on tracks, cars and the drivers' racesuits.

Unfortunately, it's also a financial commitment for many fans – if you have already been to a Formula 1 round or are simply familiar with the basic economics of the event, you are surely aware of how expensive attending a race can be for a motorsport fan.

The price of a grandstand ticket usually starts out at around $400 and can end up as high as $700 or $900, depending on the event. And if you're planning to view a race while sipping champagne from the comfort of the VIP hospitality Paddock Club, you probably know the amount of cash spent on that can be limited only by your own imagination.

Add to that the price of food at the track, the price of plane tickets and accommodation and you'll get an overall sum that is comparable to spending two weeks at a holiday resort. Unless, of course, you are lucky enough to have an invitation from one of the sponsors – or are an owner of a house that overlooks the Monte Carlo circuit. 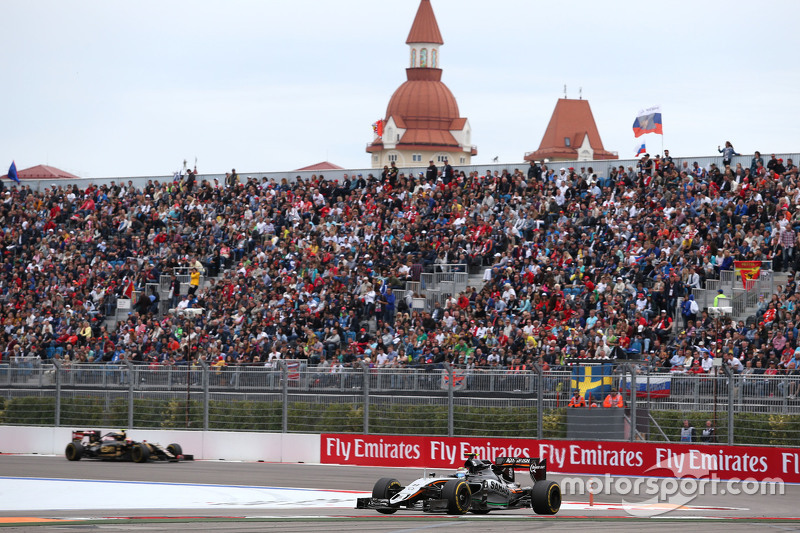 Half the usual budget

Is it all bad then? Well, no, it isn't. This year, F1 fans have an easy way to make a trip to a Grand Prix on around half the usual budget. And the reason for that is the currency exchange rate.

After all, the Russian currency – the Ruble – is now worth around half of what it was last year compared to the US Dollar or the Euro. And how does that affect the price of the trip? Well, it's around twice as cheap!

On the Sochi Autodrom's website, you can find that a spot at a trackside grandstand with a good view would set you back around 8000-12000 rubles, which, going by the current exchange rate, is just $110-$170.

The local hotels likewise set their pricetags in rubles, meaning that, for the equivalent of $250 a week, you can get a great room just a few metres away from the track and the massive Olympic Park. You can check prices and book your tickets – and a hotel – right on the website of the Russian Grand Prix's track, https://tickets.sochiautodrom.ru/en/

And while the racing's all well and good, when going abroad for a Formula 1 event, many also prefer to do some sightseeing and experience local cuisine, nature and so on. And for that, Sochi is a truly unique spot on the globe – something that many found out for themselves during the recent Winter Olympic Games. 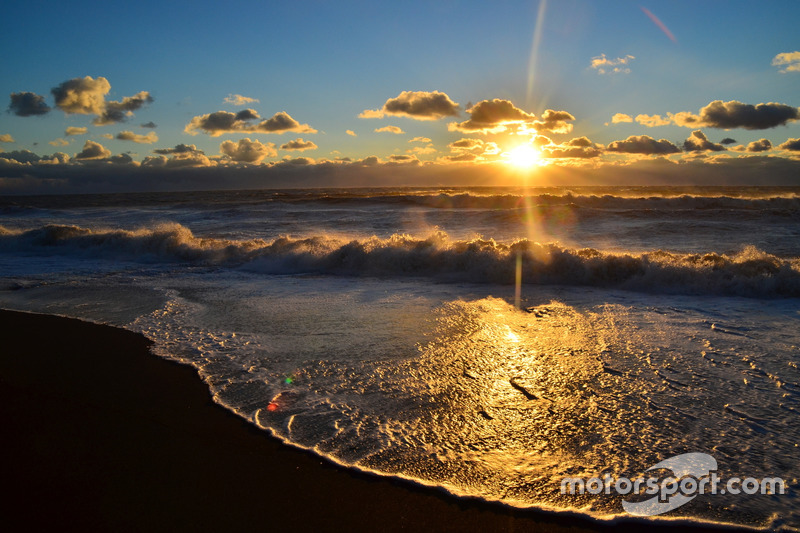 “Only here can you go relax on a warm beach one day and then go mountain skiing on the very next day. It's a unique opportunity,” said Sergey Vorobyev, the promoter of the Russian Grand Prix.

And so it is that Sochi, which is located on the coast of the Black Sea in a subtropical climate, presents the choice between sunbathing under palm trees and sunbathing on snowy hills, which not so long ago hosted the Winter Olympics – and which are only an hour's drive away from the Autodrom.

Apart from the winter sports, you can visit the AJ Hackett skypark to test your bravery by walking on the world's longest suspended pedestrian walkway; or bungee jumping into the abyss from a height of 207 metres; or swing on the world's highest swingset. All in all, for fans of the extreme, this particular place is a must.

It's worth noting, meanwhile, that all public transportation between Sochi, the Autodrom and the Krasnaya Polyana ski resort is completely free when the grand prix is in town. 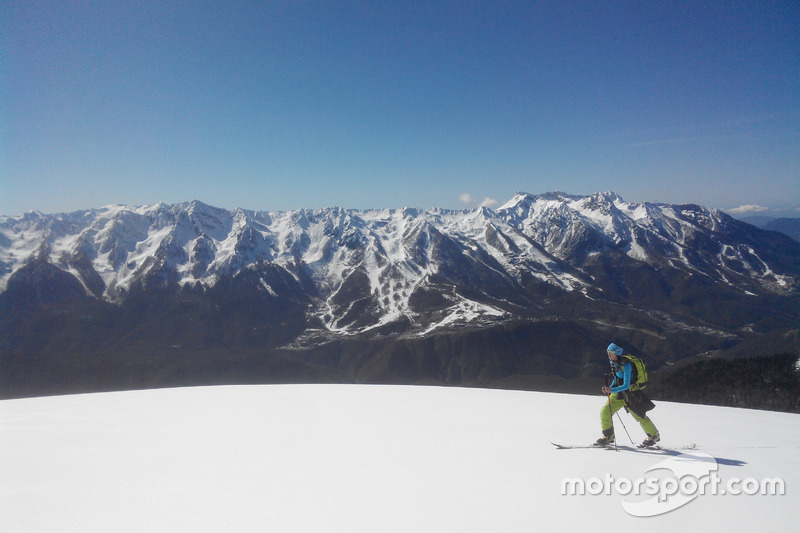 But it's probably fair to say that Formula 1 and the unique environment aren't the only reasons to go to Sochi.

The city also features the exotics of the Russian Caucases, famous for their delicious home-cooked cuisine – made even more attractive by the fact a sizable meal will only set you back $10-15 per person.

Also, near the Autodrom you will find a large museum of Russian cars, filled to the brim with a variety of exhibits. Another car museum – of exotic machines and sportscars – is even closer, in the building of the main grandstand.

And it goes without saying that the Autodrom features a theme park with the massive rollercoasters that you probably saw during TV coverage of the preceding years' grands prix. 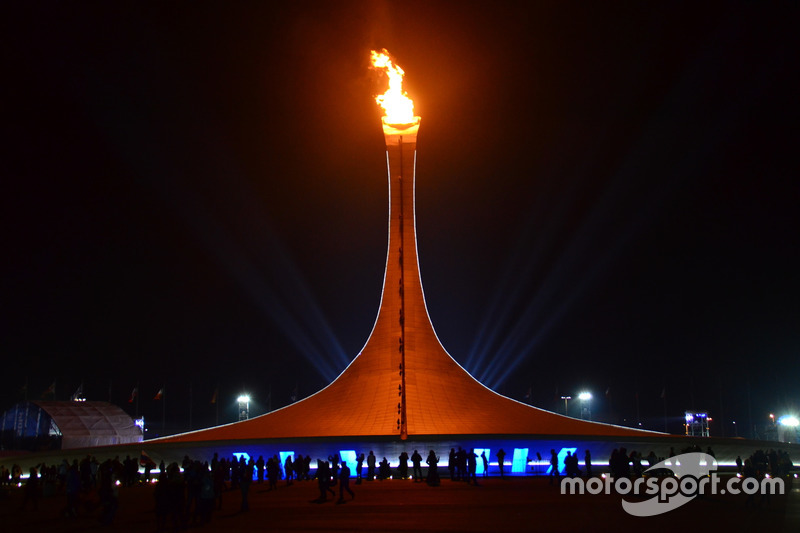 There's no doubt that the Russian Grand Prix is a spectacle worth witnessing. In 2015, Sochi hosted one of the most interesting races of the season, and with F1 introducing new tyre regulations this year, the third edition of the race is likely to be the most engrossing thus far.

Every side of the grand prix that drew praise during the last couple of years is still there — the high level of organisation, which saw Sochi named as the best round of the season in 2014, and a varied itinerary for fans, with a lot of racing and a lot of other entertainment, including concerts featuring stars of the local musical scene.

Among the new developments this year is the addition of an extra grandstand in Turn 11, the very place where Carlos Sainz crashed in free practice last year and where a host of events happened both in the grand prix and in the races of the junior classes.

All in all, if you're looking to attend a Formula 1 race or are open to discovering a new fascinating spot on the map and getting a lot of positive new experiences (and saving quite a bit of money), then you'd be wise to hurry – there's now less than a month left before the Russian Grand Prix in Sochi. 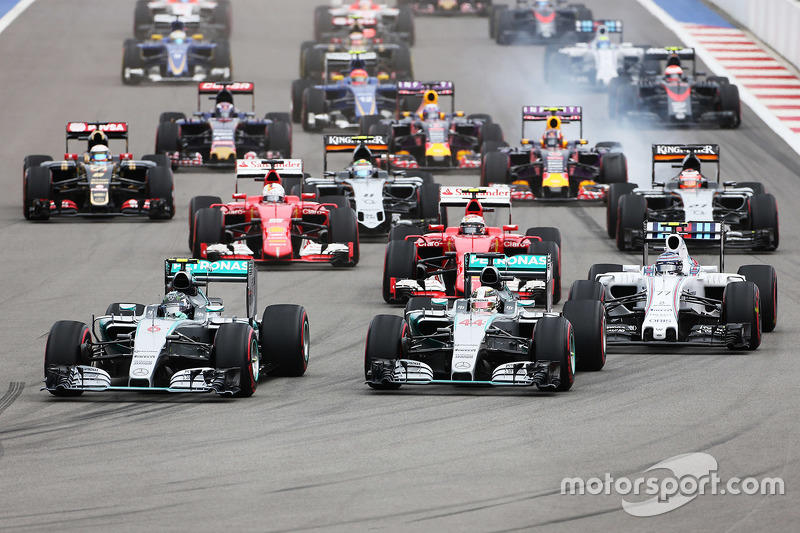 Inside Line F1 Podcast: Who is running F1?