Lando Norris says the long corners at Formula 1's Turkish Grand Prix venue are the cause of it being a more difficult weekend for McLaren.

The Woking-based team is coming off the back of two of its strongest weekends in recent F1 history, having finished 1-2 in Italy and taking pole and coming close to a win for Norris in Russia a fortnight ago.

But the MCL35M has not been as competitive around Istanbul Park this weekend, with Norris lining up eighth on the grid and Ricciardo getting knocked out of Q1 – before taking an engine penalty and dropping to the back.

While the Turkish track does not have the lower downforce requirement that Monza and Sochi did, Norris doesn't think that the wing levels offer an explanation for why McLaren has dropped back in to the chasing pack this weekend.

Instead, he reckons that his car is not as comfortable in the kind of long corners that are critical to a strong lap.

"I don't think it's anything to do with downforce," he said. "I think it's just the nature of the track, the types of corners you have more aligned here, as it was in Zandvoort, with these longer apex corners which we struggle in.

"I think it was kind of expected, so not a surprise for us to struggle a bit more. But of course, always when you struggle you never want to believe it until you see it in a way…" 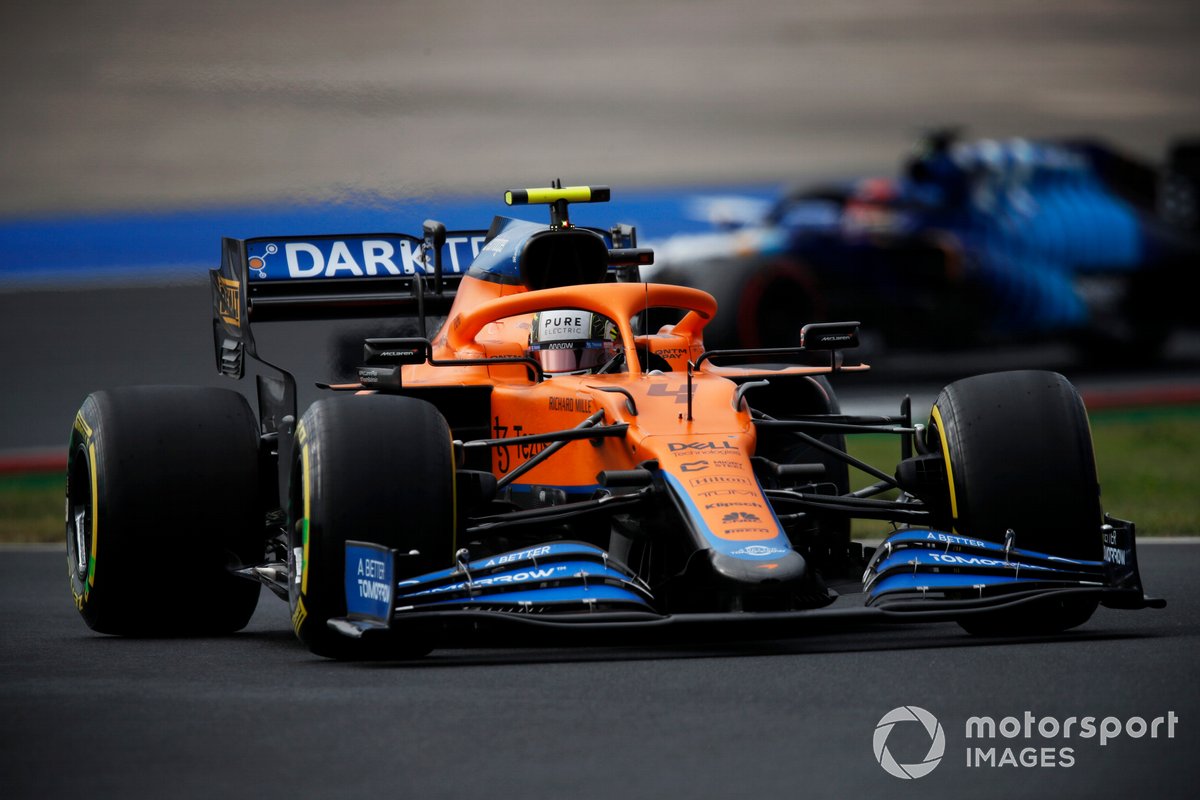 Ricciardo reckoned that the front limited nature of the venue, which puts a particular stress on the right front, was also not ideal for what his McLaren likes.

"Probably the biggest surprise was the level of grip, compared to last year, so that was a good surprise," he said.

"The track definitely has a more front limited nature, with a lot of long corners being very stressful on the front tyres, like Turn 8 and that.

"So that's potentially not where we're the strongest either."

Reflecting on his own Q1 disappointment, Ricciardo said his problem was not the overall competitiveness of McLaren's package, but more that he could not get comfortable on the soft tyres.

"I simply wasn't really quick enough on the soft tyre," he said. "I struggled a bit on it on Friday, not crazy, but there was still some work to do on it.

"I think obviously we had two sets in Q1 but I still didn't really feel like I was able to kind of get my teeth stuck into it."