Formula 1 drivers have suggested that Pirelli's rain tyres are too hard after struggling in the wet during Italian Grand Prix practice on Friday.

But the Italian company insists their negative views were related to the low-downforce nature of the venue giving them a feeling of less grip.

Speaking to the Red Bull pit wall on team radio, Max Verstappen insisted that that the series of incidents were because the tyres are too hard.

"Yeah, it wasn't great," Stroll told Motorsport.com. "Definitely wasn't very grippy out there. In FP1 it was quite slippery with this year's wets.

"I'm not sure what Pirelli is doing but I recall in 2017 it was definitely much better.

"This year it was a bit shocking how that was."

Stroll's teammate Perez, who also crashed in the wet race in Hockenheim, spun and hit the barrier early in FP1.

"There is no grip with them, they never warm up," the Mexican told Motorsport.com. "It was very, very hard today to warm up the tyre, and then to find any grip was hard.

"Once you lose the rear end it's hard, once you have a bit too much slip on the rear, it just goes.It's pretty difficult. I'll say that the tyres are not the easiest ones."

"I think they are on the hard side, yes," said Renault's Nico Hulkenberg. "Certainly here with the low downforce it is very tricky, and I think there were two or three corners on the track where you just felt no grip, it's easy to lose the car, so I had to be quite cautious and careful there today.

"Maybe they feel a bit stiff, a bit softer wouldn't be bad."

Hulkenberg's team mate Daniel Ricciardo said it was more of an issue on the first lap out of the pits.

Pirelli F1 boss Mario Isola said the drivers were influenced by the low downforce nature of their set-ups in Monza.

"They come from Spa where they had a completely different level of downforce," he said. "So they're used to a level of grip that is much higher than what they have in Monza.

"You can imagine that they started in FP1 with a wet track, a lot less downforce. It is clear that the level of grip is much, much lower."

Isola said that the tyres are not harder than last year's.

"The compound we have this year was developed to have a wider working range and make it better in cooler conditions like today.

"The compound is similar to what we called the base compound we had last year, in terms of warm-up and working range the tyre is similar to the soft of last year. Hardness is the same or lower." 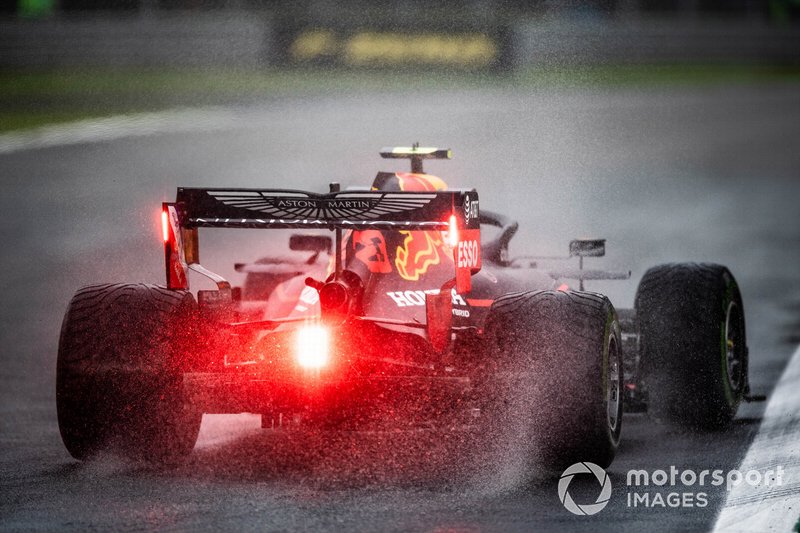 Russell critical of "stupid" recovery truck use in Perez crash