Former W Series champion Jamie Chadwick will remain at the Williams Formula 1 team for a third year as development driver.

The young Briton, who originally joined the Grove-based outfit in the position in 2019, will have an expanded simulator programme alongside her work at the factory and experience being with the team at grands prix.

Chadwick will conduct the role alongside her return to the W Series this year, which will be back in action after being forced to abandon racing in 2020 due the coronavirus pandemic.

Speaking about staying on at Williams, she said: “I have absolutely loved my time with Williams so far and could not be more delighted to continue working with the team in my role as development driver.

“I feel I am improving as a driver all the time, and my time spent in the simulator this coming season will prove to be invaluable. I look forward to fully immersing myself at Williams once again this year.”

Williams is under new ownership this year following the takeover of the team by Dorilton Capital, but new team principal Simon Roberts said retaining Chadwick was a no-brainer.

“Not only is she a great female ambassador for the sport and plays an integral part in promoting women in motorsport, her work in the simulator and behind the scenes at Grove is hugely valuable,” he explained.

“Jamie’s determination and drive to do more, as well as push the boundaries, is something we admire at Williams and we are all looking forward to the year ahead with Jamie as part of the team.”

Last year, she had a more challenging time in the Formula Regional European Championship as she ended the year ninth overall having taken a single podium finish for Prema.

This season, she will also take part in the Extreme E series after signing a deal to compete for Veloce Racing. 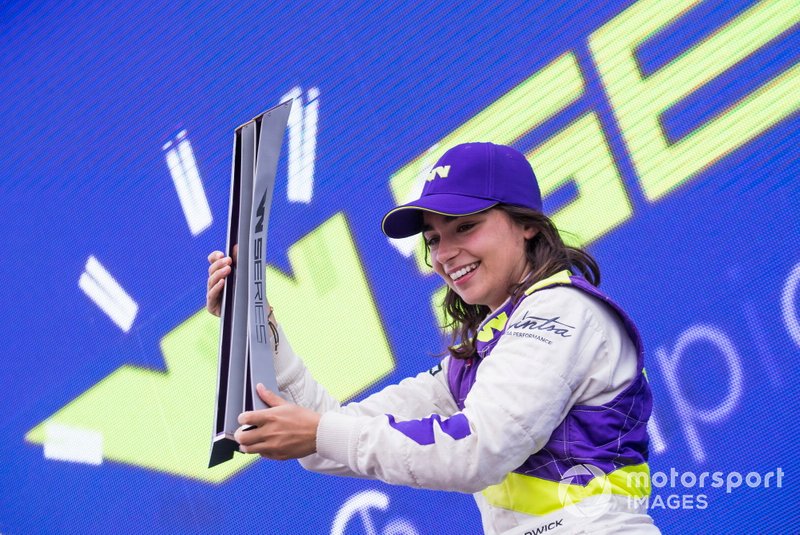 Jamie Chadwick will defend her W Series title in 2021.