The latest episode in Autosport’s Race of My Life podcast series we look back at the race five-time Formula 1 world champion Juan Manuel Fangio chose as his greatest – the 1957 German Grand Prix.

In my life there have been so many great races, so it's hard to pick one. But a good race is where you don't think you have a chance of winning. So a very spectacular race was the one at the Nurburgring in 1957.

Nurburgring was one of my favourite circuits, because a driver always had a chance. It's a circuit of 23km with 166 turns and ups and downs. If you got there with less, you could always do a lot. It's one of the circuits I liked most to race on.

I was driving the Maserati. It was a good car with lots of stability. It came from a small factory, but the mechanics were excellent; there was a good union between the mechanics and myself. The Ferrari was an excellent car as well – I had won at the Nurburgring with Ferrari in 1956.

In practice the cars were not working well; they were consuming too much rubber. So we decided that during the race I would have to stop to change them. The mechanics knew before the race that there would be a problem, so they practised changing. They got a best time of 30 seconds, and at that time that was very good.

In the race itself, I already had a 30s advantage over second place when I came into the pits. I don't know what happened in the pits, but when I came out to start again I'd lost 30s plus another 48s! 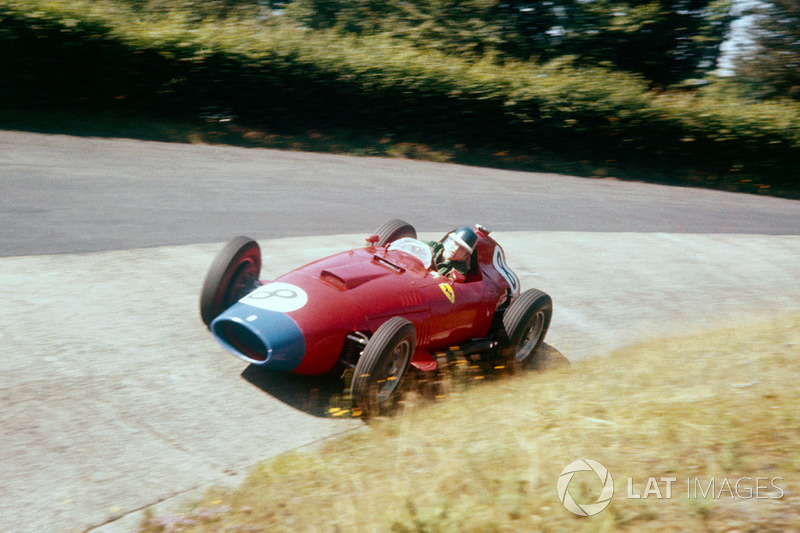 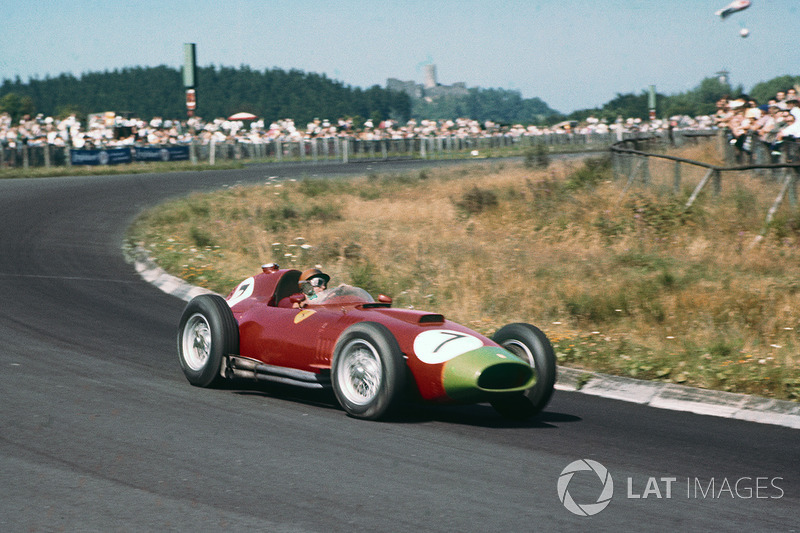 The Ferraris were first and second. It was two Englishmen, Mike Hawthorn (left) and Peter Collins (right) – they were two good drivers, so I never thought I could get an advantage over them. I was 51s behind them when I started again, and there were only 10 laps to go.

I always had in my head the possibility of winning a race, and this race was almost lost for me. So I had to risk – that's something I never did before in my life.

So, I started to switch from using fourth gear to fifth. I started to pull stronger using the longer gears. And I thought, maybe once is OK, I can take one turn like this – but it's crazy if I take two...

I made the right decision. If in one turn I was using second gear, then I went into third. When it was third, I used fourth gear. And the car went better into the turns. Then there is much more risk, this is much less safe, but you go faster. And then in one of the downhills I saw the other two cars; they were one behind the other. There were only two laps to go. And that was the first moment that I really thought I could get them.

I've never been a spectacular racer, but I did things I had never done in my life, driving from one side of the circuit to the other, using the maximum revs. And that's how I caught them and won the race; I won by 3s. I made record laps in the last 10 laps. 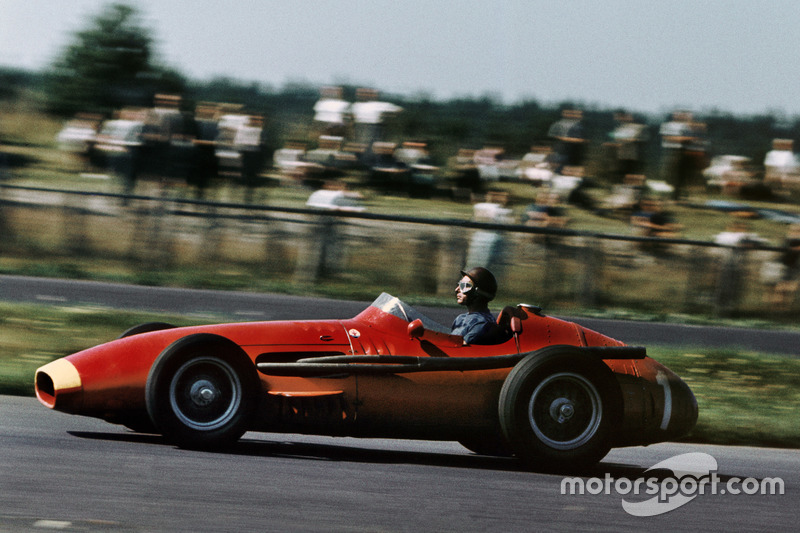 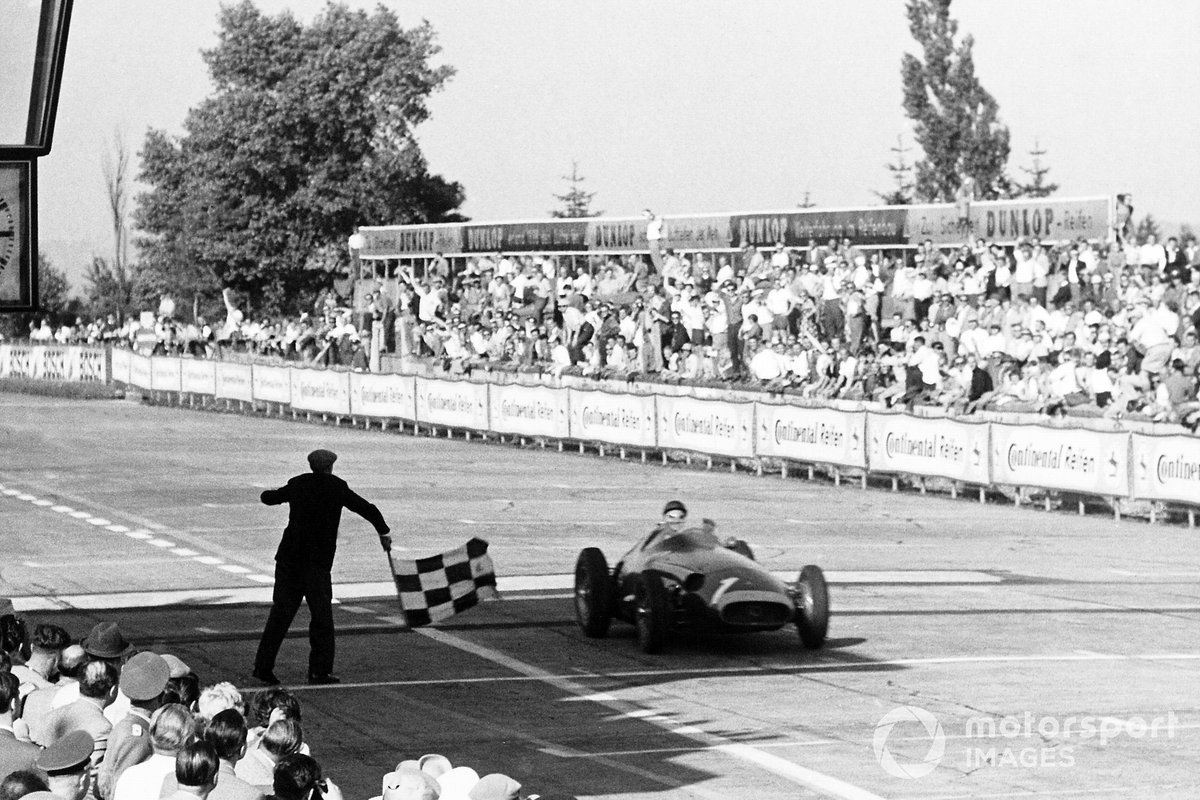 But I had a problem; one of the screws in the back of my seat broke on the last lap. I got my leg hurt trying to get the seat straight. I couldn't grab hard on the steering wheel; I had to drive with it, it's not to grab yourself with!

For me, this was the most emotional race. I was named meister; if you win three times at the Nurburgring then you are something special. And this race helped to give me the fifth world championship. When I was waiting for my laurels, I was very emotional. In 1954 a driver I took there to race had died [Onofre Marimon], so this circuit had given me happiness and sadness.

Simply, now I can say it; I never thought I could win this race. I risked for the first time in my life. 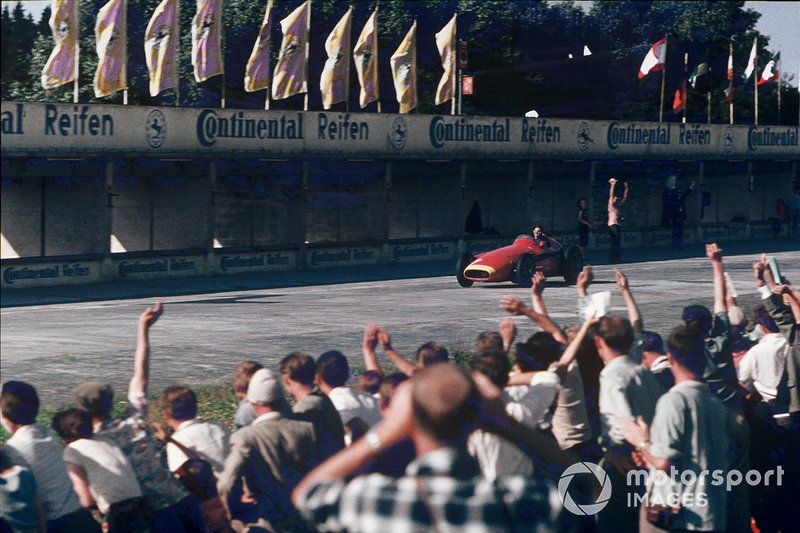 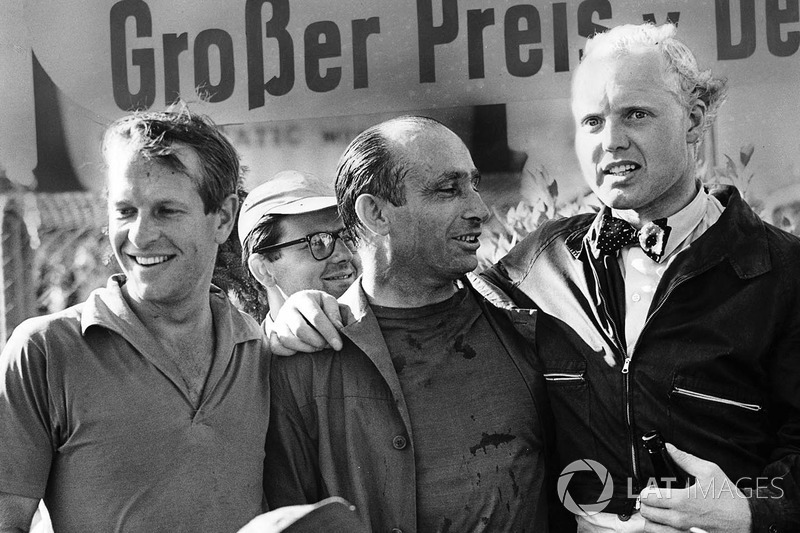 It was my last grand prix win. I took the decision to retire the next year - I was getting old. People think I retired because Luigi Musso was killed at Reims. But I wasn't retiring because of that. I saw the accident – he was right in front of me when he crashed – but I didn't know he was killed.

But while I was driving in that race, I started to think, what am I doing? I came here [to Europe] to race for a year. I never thought I was going to win races, and I have 10 years racing and won five world championships. What am I looking for?

F1 has plan to address lack of diversity - Brawn