F1: Kubica's Driver of the Day award was "technical error"

The Formula 1 organisation has admitted that it got it wrong by announcing Robert Kubica as Driver of the Day in Austria. 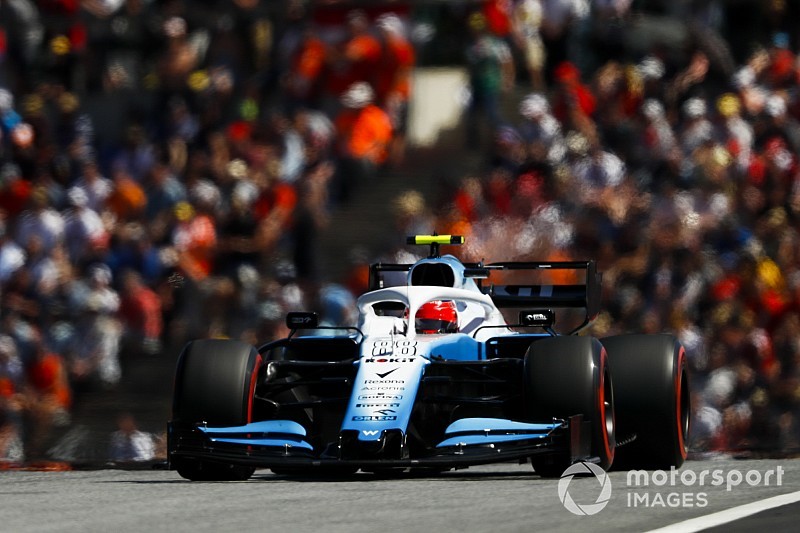 To the surprise of fans worldwide, even in his native Poland, the Williams driver’s name came up on the screen at the end of the race.

That decision aroused some curiosity because the afternoon was dominated by the sensational battle between Red Bull driver Max Verstappen and Ferrari star Charles Leclerc.

In contrast Kubica finished three laps down in 20th and last place, logging the worst finish achieved by any driver during the 2019 season, and indeed the worst of his own entire career – beating the 18th place he has achieved six times, including the four races prior to Austria.

However, after two days of fact checking and what it calls “verification” F1 announced the change of winner on its own website this afternoon, with race winner Verstappen getting the nod instead.

The story noted: “It was a performance that will live long in the memory, so it’s perhaps unsurprising that fans voted Max Verstappen the overwhelming Driver of the Day for his superb victory in Austria.

“On Sunday, a technical error resulted in Williams’ Robert Kubica being declared the winner after he was incorrectly allocated a number of votes.

“However, following verification, we can reveal that Verstappen scooped 74% of the public vote, with long-time leader Charles Leclerc receiving 11% and Carlos Sainz 7% for his brilliant run from P19 on the grid to P8.”

When contacted by Motorsport.com for an explanation of the mistake, an F1 spokesman said: “We won’t say more than what we’ve said so far.”

Has Austrian GP verdict redefined what is acceptable F1 racing?