Robert Kubica says Alfa Romeo only found out the truth about its unopened champagne bottle from his 2008 Canadian Grand Prix victory when he sent them a screenshot of him spraying it on the podium. 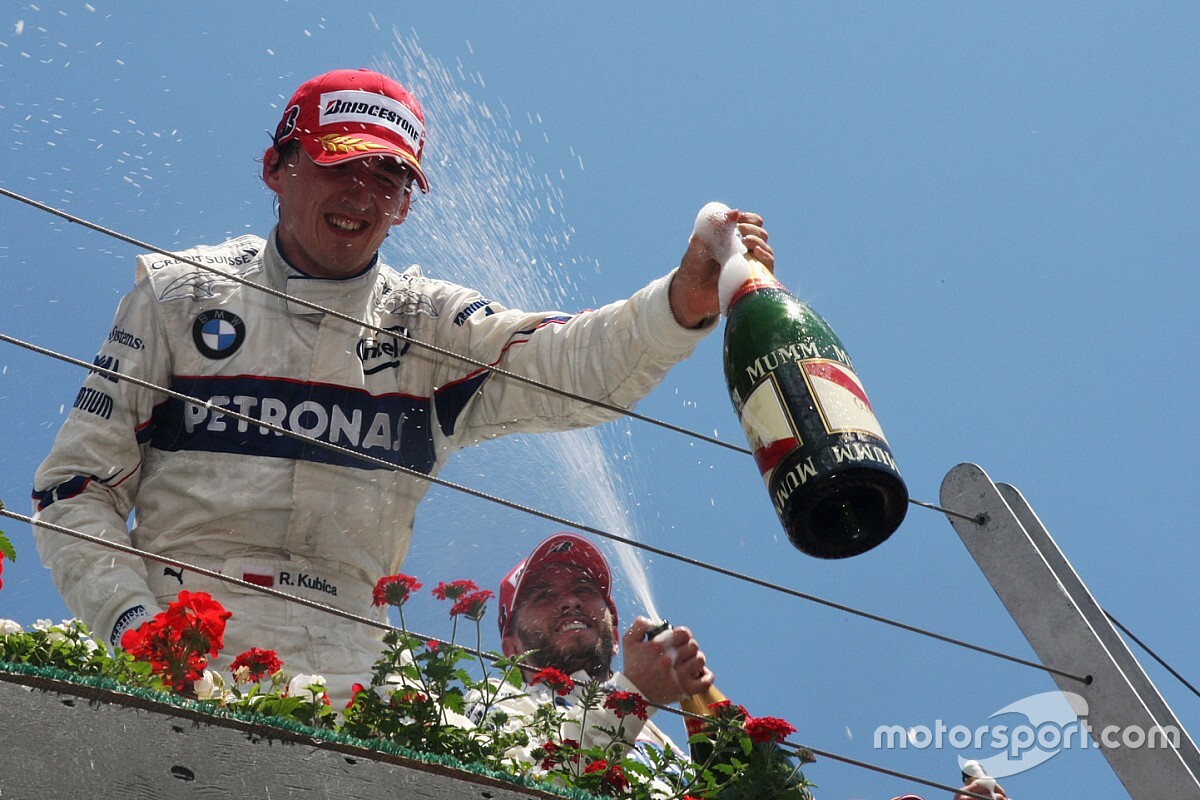 The Pole has been at the centre of an amusing story in the build-up to this weekend's race when Alfa Romeo revealed that a factory myth that Kubica failed to open his champagne was debunked.

Sauber staff have long been told that the still corked bottle in its collection from that race was down to Kubica failing to open it after his win.

But actually the bottle at Hinwil is a replica, which had to be bought because its then BMW partner wanted the original opened champagne bottle for its own museum.

Asked by Motorsport.com about the story, Kubica said he had recently been asked for some comments about what happened for the Alfa Romeo press release – only to find out that the story was not correct.

"I imagine that whoever invented the story was not here in 2008!" smiled Kubica. "I was asked by our media people to comment on it, because they wanted the story for the press release.

"So I Googled it, looked at images and videos of the podium, and then screenshot it and sent it back! So, the story is probably quite different! It's funny, but it's difficult to comment on it."

Kubica's triumph in Montreal remains the only victory of his F1 career, and he says he retains warm feelings for his former BMW-Sauber outfit.

"I'm happy about it, happy for the people who worked for BMW then and are now working for Alfa," he said. "It was a positive moment for myself and for those people and I hope than one day they will have some open champagne bottles after a victory!

"Sauber has been through some difficult periods in the past and always recovered, so it shows how united they are and the spirit that is there.

"From a marketing view, I think they've played it properly [with the champagne story] because we're talking about it!" 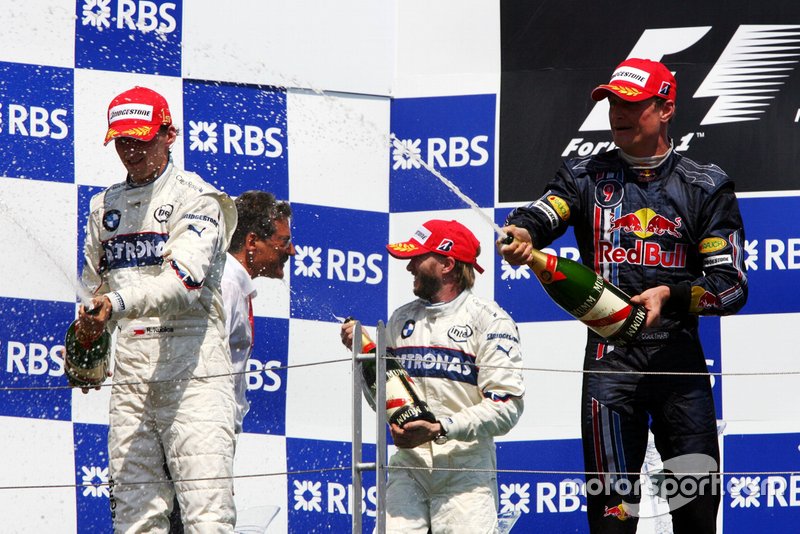