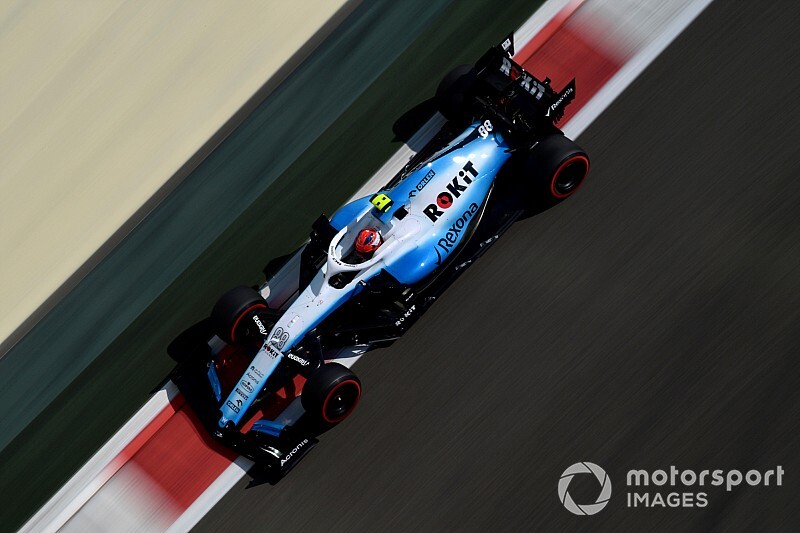 Robert Kubica says "closing a chapter" by returning to Formula 1 was worth it despite his and Williams's "complicated" 2019 season.

Kubica's arm was partially severed in a rallying accident in 2011, which kept him on the F1 sidelines for eight years until he joined Williams for 2019.

His comeback coincided with a dreadful season for Williams, and Kubica, whose 10th-place finish in the German Grand Prix marked the team's only point all year, was outqualified 21-0 by teammate George Russell.

Kubica said that although the season was not what he and Williams had hoped for his "nearly impossible" return was "definitely a good achievement".

"I was kind of split, honestly, and I think by coming back to Formula 1 I closed a chapter, which was probably the most important one from my life," said Kubica when asked how he would assess the season.

"Looking where I was, looking at the period I went through with the circumstances of what happened and what the consequence was of the accident in 2011.

"Then of course, once you are back in F1, you reopen or continue the chapter which is Formula 1 which is probably a difficult one to talk because the season has been very complicated.

"You live for achieving and coming back to Formula 1 and want to do good in races and want to deliver, you want to be racing, and this is something which I think I missed most this year."

"If I arrive after many years being away from sport to try to be back in F1, it means that this was my objective.

"I did want to try to see if I was able to drive and I am able to be back, although I have been away for a long time and I have limitations. [But] if I have to answer if it was worth it, I say yes."

Kubica, who does not yet have a programme in place for 2020, added his season had offered "personal satisfactions which probably mean more than a single result".

"On my journey back to circuit motorsport, I never really thought about my career or longer-term," he said.

"It was about personal satisfaction, and this is something which I will keep for most of my years, and I think for my whole life.

"I could say [the] Formula 1 season did have probably people realise that if I can drive Formula 1 cars I can do all other activities, but on the other hand I can say that being far behind in Formula 1 doesn’t help.

"Fortunately there are still people that have respect and rate me highly enough and they know that I can deliver not only as a driver but as a person."