Kubica crashed into the barrier at the tight Turn 8 right-hander late in the first segment of qualifying, having clipped the wall entering the corner.

The crash consigned him to 19th on the grid, as he was outqualified by teammate George Russell for a fourth race in a row.

Kubica has not been comfortable with his FW42 chassis since the start of the season, and admitted he could've taken more care through the twisty section of the Azerbaijan street circuit given his continued struggles with the car.

“I turned in a bit too early and clipped the left wall on the inside, the damage opened up the wheel there and then it pushed me into the outside wall,” Kubica explained.

“With the cooler track conditions, the warm-up was a bigger issue than with [F]P3. Then we had an issue which we also had yesterday, which isn’t bringing a lot of confidence but I don’t want to find an excuse.

“I should probably take a bit more of a margin for what was not giving me a lot of confidence, but yeah, that’s how it is.

“Same corner I nearly crashed there a couple of laps earlier when I was on a slow lap. I nearly went straight into the barrier. This time I corrected too much and the car actually braked and turned in too good – as I say, I should take a bit more margin there and that’s it.”

Williams' delayed start to the season had created spare parts issues according to Kubica, and the Polish driver's qualifying crash was the team's second major accident of the Baku weekend – after Russell's chassis was written off on Friday by a loose manhole cover.

Kubica, however, believes Williams shouldn't have a problem getting his car repaired for Sunday's race, saying: “There are definitely some things to change, but it looks like everything will be ok.”

Heading into the Baku weekend, Kubica stressed the track was “brand new” for him because the simulator was not representative.

Ferrari driver Charles Leclerc, who was favourite for pole heading into qualifying, crashed in the same spot as Kubica a lap later.

Quizzed on whether he took comfort in this, Kubica said: "No, why should I take comfort? Part of this game is our mistakes and that place is extremely narrow and as soon as you do something wrong there is a high price to pay for it.

"I think that many drivers escape the barriers by a very small margin and it’s those kind of places where a small mistake costs a big price." 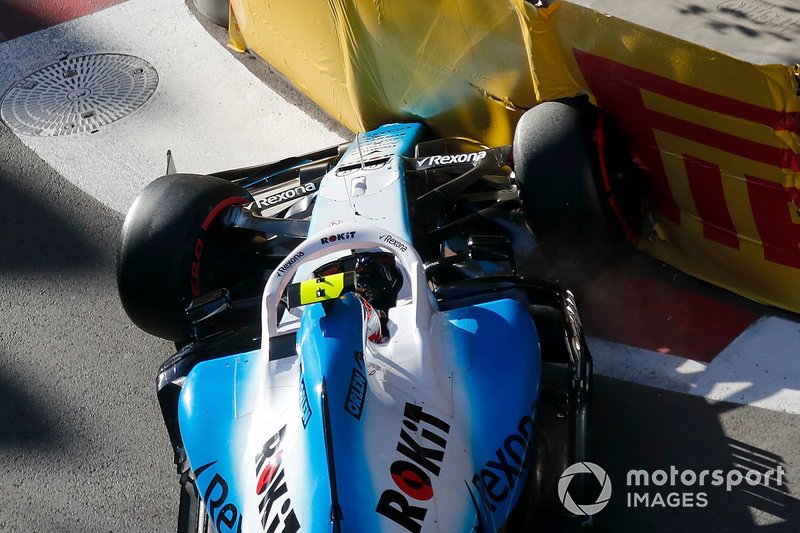 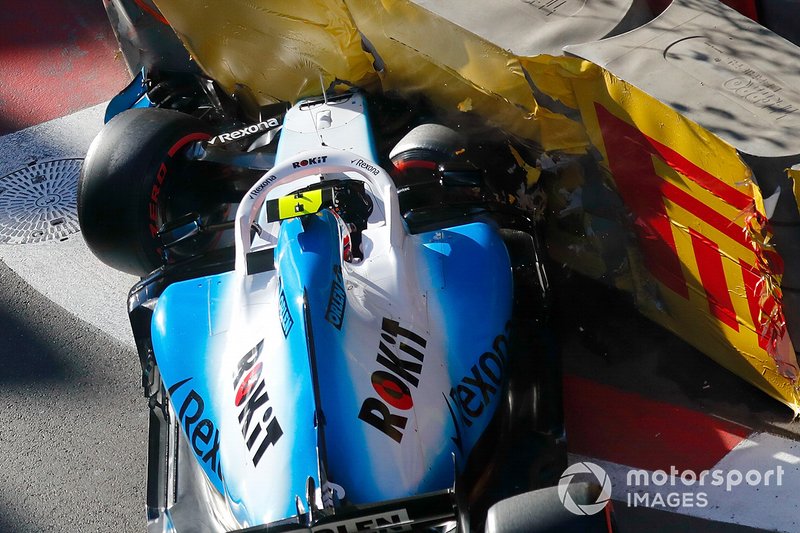 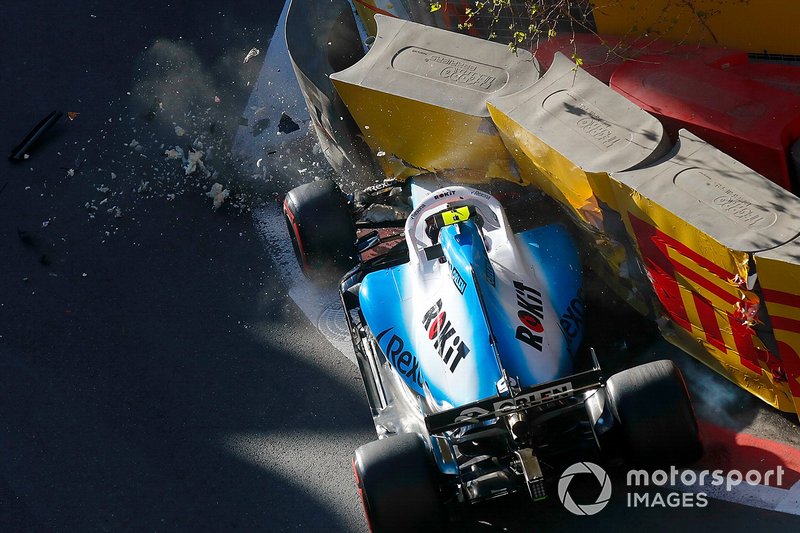 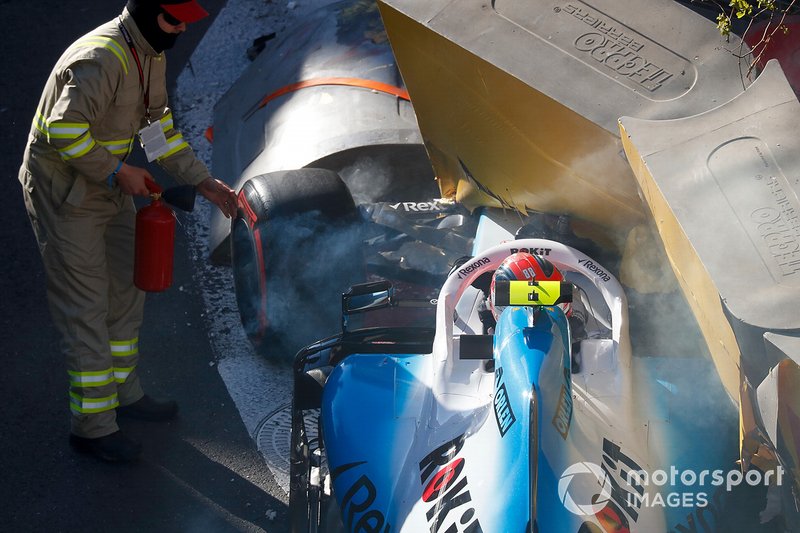 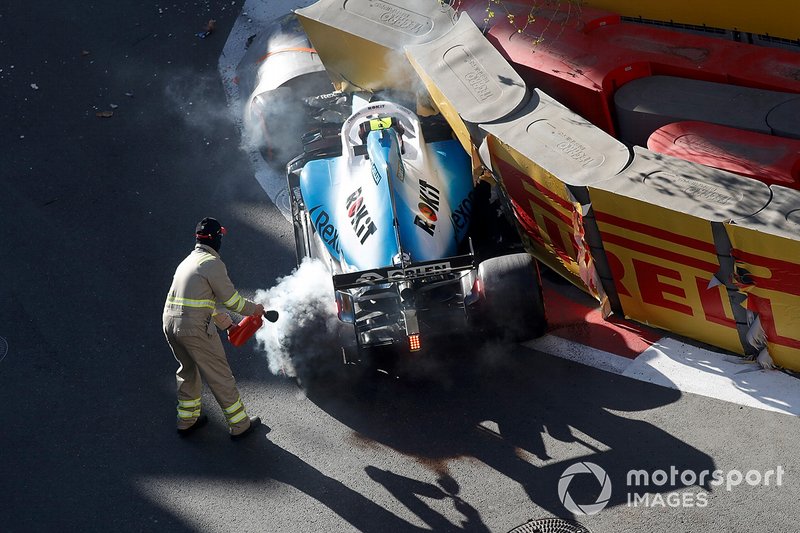 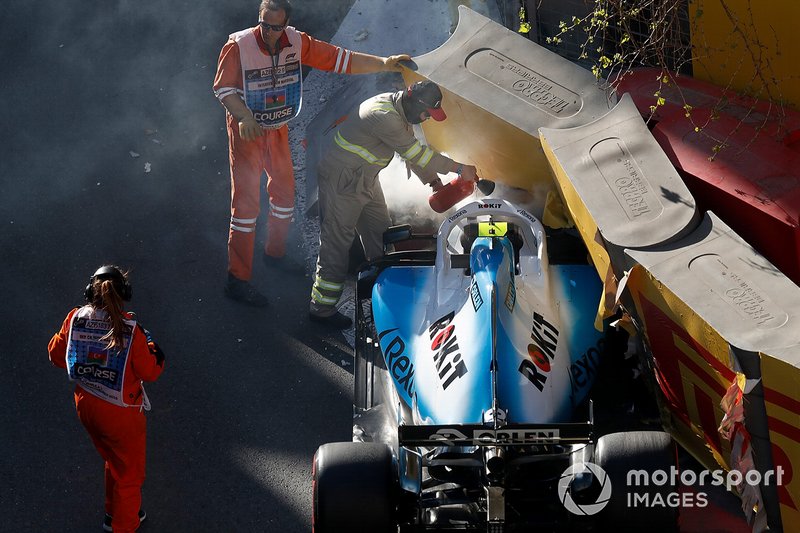 Crashed Car of Robert Kubica, Williams FW42 being pushed by mechanics back to the garage 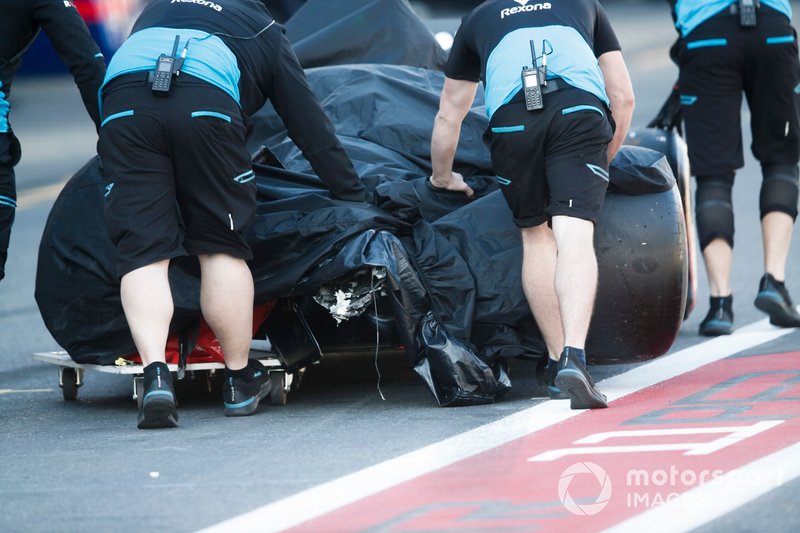