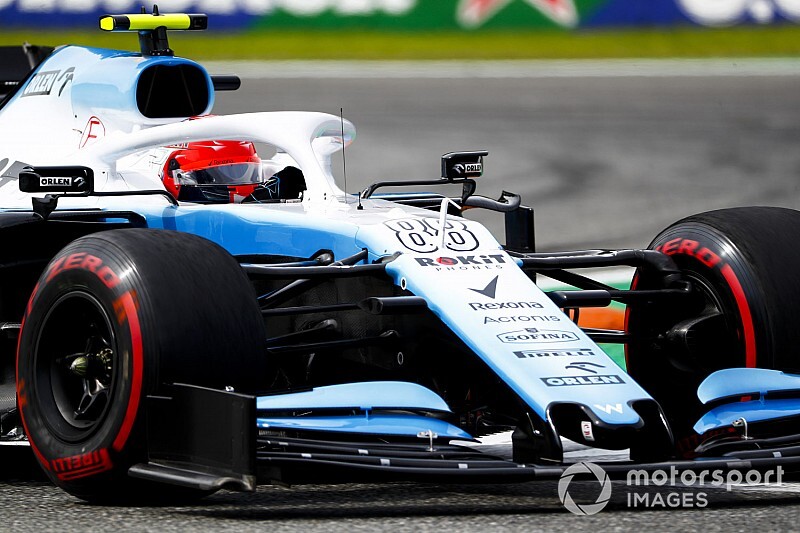 Robert Kubica says returning to Formula 1 after severe injury has been "the biggest achievement of my life", as his Williams exit looks to limit his comeback to one season.

Kubica’s deal to race for Williams this year ended an absence stretching back to the 2010 Abu Dhabi Grand Prix, following the horrific rally crash in early 2011 that partially severed his right arm.

During his recovery Kubica re-trained himself to live as a left-handed person and drive predominantly with that hand, competing in rallying and GT racing before returning to F1 test action in 2017 and landing an F1 race comeback with Williams this year.

However, amid the team’s disappointing form and Kubica’s difficulties alongside George Russell, Kubica announced ahead of the Singapore Grand Prix that he would leave Williams instead of attempting to retain his seat for 2020.

Asked what he was most proud of from his time in racing, Kubica said: “Honestly, if you take out the results, which for sure in motorsport have a big influence, probably it is the last seven, eight years.

“Put it together. Not one single moment, but it has definitely been the biggest achievement of my life.

“To come back, to achieve what I have managed to go through, after what happened, and still managed to race.

Kubica has scored Williams’s only point of the 2019 season after inheriting 10th place in the rain-hit German Grand Prix, following penalties for the two Alfa Romeo drivers.

It was a rare high point in a trying campaign for Williams, which has been marooned at the back of the grid at almost every grand prix.

Kubica has also struggled in that environment, losing to Russell in 12 of the 14 races so far.

Asked how proud he was of the job he has done to get back to F1, Kubica said: "I'm not really the kind of guy which is proud.

“For sure it has been a long journey. I have revisited this for the last two years.

“It has been extremely hard for me, but nevertheless I think I've made the right decision.

“Of course everybody from Williams, myself, we're in the same boat, and we would appreciate better performance and better results this year, and an easier life, because in the end it is a very difficult and tough season for everyone at Williams.

“But I just have to move forward, and that's how it is, and this is the outcome. It's my decision."

Live: Follow practice for the Singapore GP as it happens