Robert Kubica's return to the Formula 1 paddock as a race driver earned a touching round of applause from rival drivers ahead of the Australian Grand Prix. 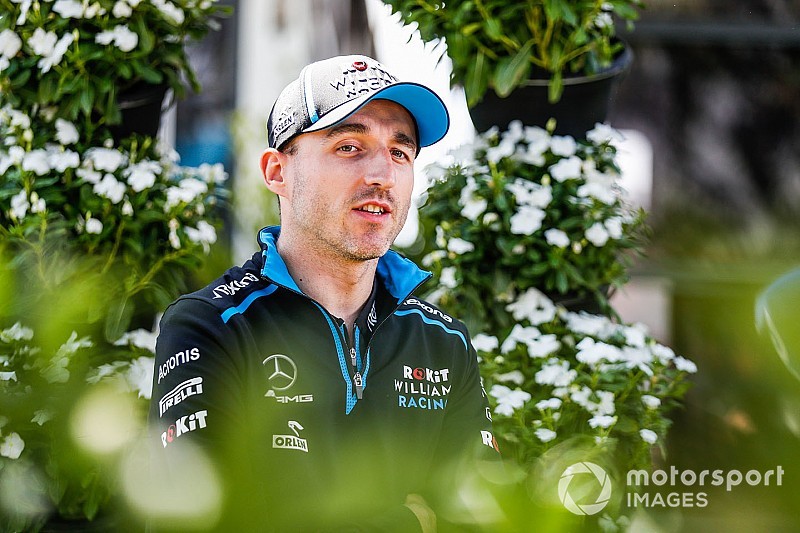 On the eve of his first season as an F1 driver since 2010, Kubica's remarkable comeback was recognised by Daniel Ricciardo, Max Verstappen, Lewis Hamilton and Sebastian Vettel during today's FIA press conference.

Following a flood of tributes to Charlie Whiting, Ricciardo helped lighten the mood through a cute back-and-forth with Sebastian Vettel about Australian accents, and referencing "snapping the neck off a couple beers" during his off-season break back in Perth.

He then took the opportunity to highlight his admiration of Kubica's return to the grid, eight years after almost losing his arm in a rallying crash.

"Can I just lighten things up?," the Aussie asked.

"Robert mentioned he's had a pretty long winter break. I don't think we all know the extent of what he's been through to get back here.

"I just think it's awesome. It's awesome to see him back. I've known him since I moved to Europe back in 2007, which feels like a long time.

"It's a testament to his character. I won't ask for everyone to applaud, but I think it's awesome for him to be here."

The response was a heartfelt round of applause from the drivers and members of the media in the room.

Kubica did his bit to help brighten a sombre day for the sport, offering a cheeky response to a question regarding a point being on offer for fastest lap.

"I think unfortunately it doesn’t affect us, at least for now," he said with a smile.

"I think it can unlock some strange scenarios at the end of the race with some cars pitting, and we will suddenly see three or four cars in. And it will be kind of [a] domino [effect], I think.

"But as I said, I was not really interested about it."