Kubica will look elsewhere if he misses 2019 F1 seat 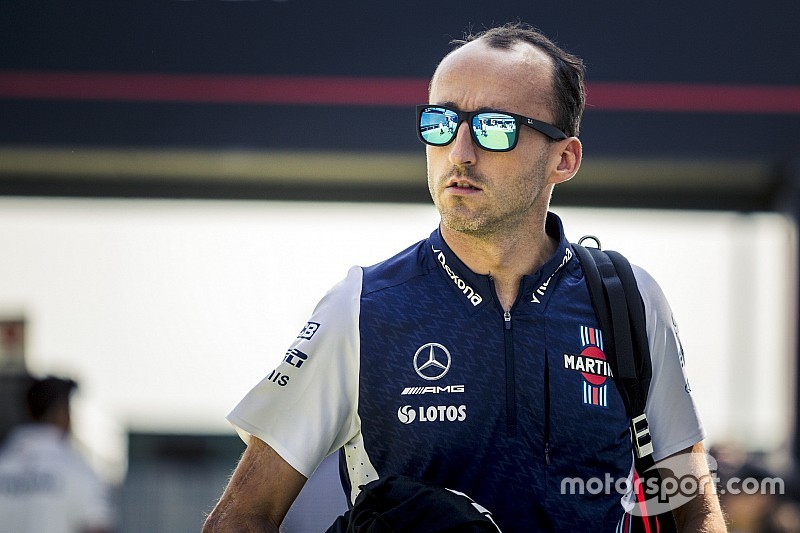 Robert Kubica will pursue alternative racing options if he does not land a Formula 1 drive in 2019.

The Pole has not started an F1 race since the 2010 Abu Dhabi GP because of the rally crash early in 2011 than left him with life-threatening injuries.

Kubica is Williams's reserve driver this season and may yet step up to a race seat this year if efforts to move Lance Stroll to Racing Point Force India, which his father is an investor of, come to fruition.

The 2008 Canadian Grand Prix winner told Motorsport.com he will probably end his chase of a shock F1 return if he does not earn a full campaign next year.

"I spent a lot of time and effort to have a chance and the priority would be to be on the starting grid in Australia," he said.

"But if this doesn't happen I would consider some different championship or different role. As I said, now I'm focused on trying to get a chance."

Kubica has said repeatedly that he has no doubts about his ability to compete in F1 again but acknowledged it would take time to get back his "rhythm".

He believes returning this season would have eliminated any questions over his competitive prospects in the same way his work with Renault and Williams has gradually reduced the focus on the limitations his arm injury has left him with.

Kubica said: "When you don't do it for long time or you do it like I do it, every three months, it's normal that you have to go through different phases in order to get back your rhythm, get back feelings as natural as possible.

"If you would take even the best tennis player and you say to him: now you stop for six years. Even without injuries, nothing.

"Then you give him one hour training and smash him into the final of Wimbledon, he will probably struggle more than all the people who are playing regularly.

"I would have so much time in the car [if he had raced this season], there would be no more question marks about myself."

Kubica considered dovetailing his Williams role this season with a World Endurance Championship campaign in the LMP1 division.

He did not proceed with that option because he did want to take on too much, but said the WEC has its attractions if F1 ceases to be possible.

"I saw it with rallying, OK, rallying is completely different than racing, and endurance races, they have more similarity to let's say F1, but still it is a different category.

"I think new challenges are nice. There is always some extra that gives you boost to go there and to see how you perform."

Ocon F1 exit would be a "complete shame" - Berger