Kubica: Shortage of spares "complicating our life" in Bahrain 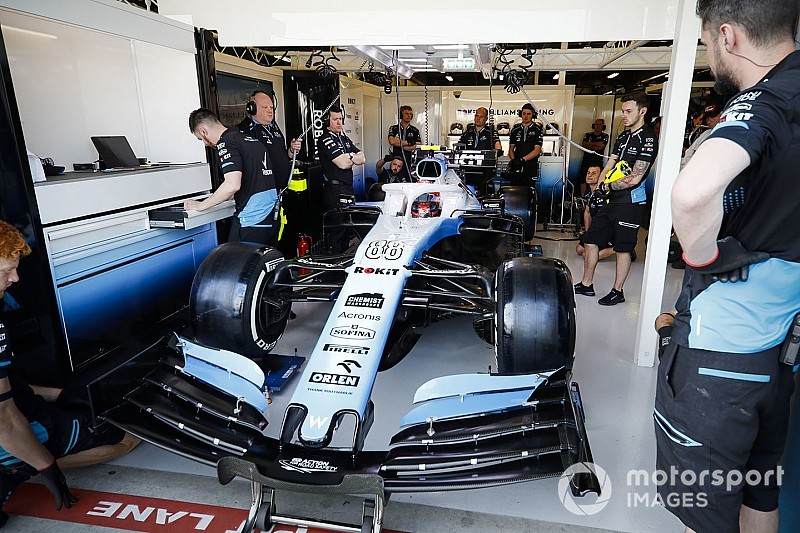 Robert Kubica fears that hopes of Williams making progress at this weekend’s Bahrain Grand Prix will be hampered by ongoing spare parts concerns.

With Williams still playing catch-up after the late arrival of its new FW42, the team does not yet have an excess of spare components that can be slotted in if the car is damaged.

In Australia, that limitation left Williams unable to replace a floor that Kubica damaged running over a kerb in first free practice – and he sees no big change in the team’s plight for Bahrain.

"I think realistically speaking we are facing not an easy weekend again," said the Polish driver.

"Knowing the difficulties we had in Australia, it is true that Bahrain is a different configuration and a different specification, but still it is not that from one week to another there will be miracles.

"It is [also] not an easy situation also from a drivers’ point of view because we will be limited with spare parts and everything.

"Looking at what happened to me on the Friday in Australia in FP1, that by going on top of one kerb I get a damaged floor and we didn’t have bits to replace it, it affected probably all weekend."

Although Williams was aware of the floor issue in Albert Park, Kubica has revealed that only post weekend analysis showed that the damage hurt his performance more than the team originally thought.

"Although I was told it had no effect, after reviewing data after the weekend, we think it had bigger effect than we thought," he said.

While Kubica has suggested that Williams has repaired rather than replaced his damaged floor for the weekend, he says the lack of fresh parts being available is a hindrance.

"The team is trying to get us the best car we can have to drive," he explained. "But on the other hand, I think in a perfect world you would have fresher parts starting the weekend, plus having some spare parts, and in a good state."

He added: "It is putting the driver in a difficult position. Tomorrow the situation is like it is, you cannot go over the kerbs or you go over the kerbs but the risk is that the car will fall apart, and then you have no parts to fit them.

"We are already lacking performance, and we are adding another factor which is complicating our life. But I know in the factory everyone is working hard. We just need a bit more time to fix the issue."