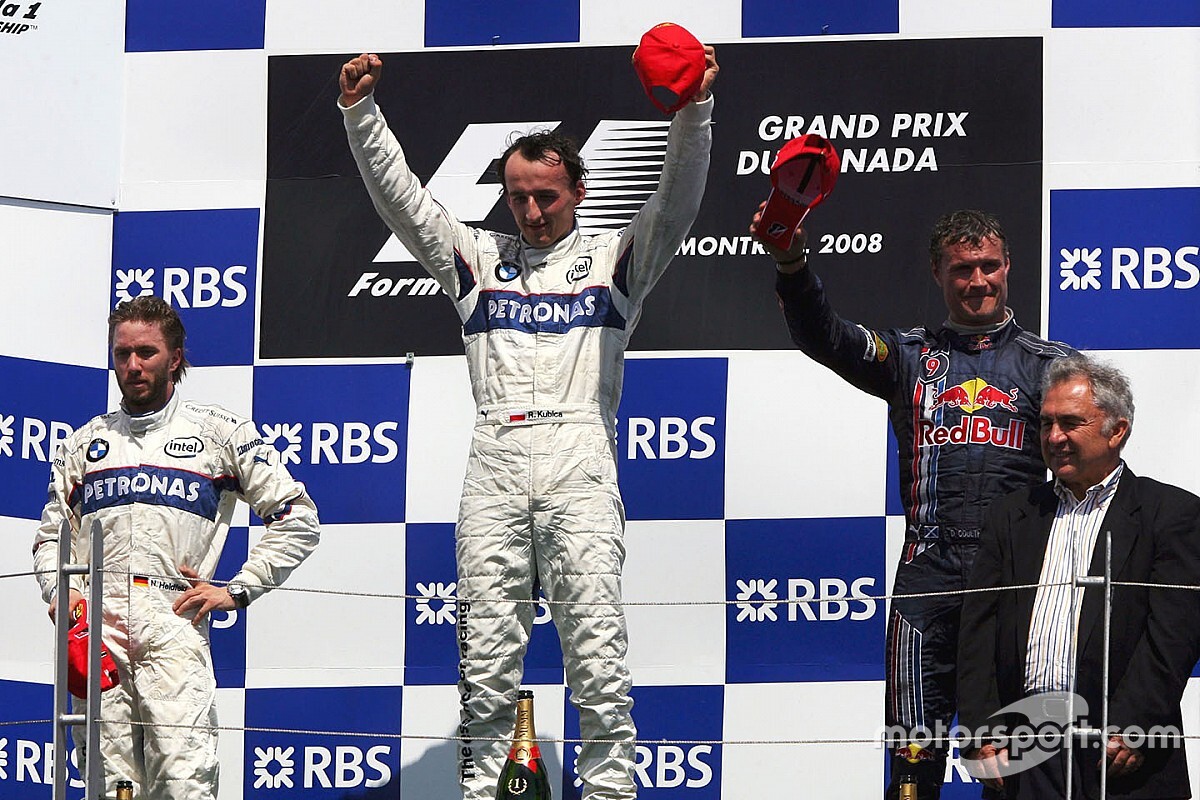 Former Formula 1 driver Nick Heidfeld believes it was wrong of his BMW Sauber teammate Robert Kubica to suggest BMW favoured the German during their time together at the team.

Heidfeld and Kubica teamed up from mid-2006 until BMW’s exit from the sport at the end of the 2009 season. The pair formed an integral part of BMW’s brief rise in the sport, which culminated in a title challenge in 2008.

Kubica and Heidfeld took a shock 1-2 win at the Canadian Grand Prix, after which the team shifted development to its flawed 2009 challenger.

In the F1 podcast Beyond The Grid, Heidfeld praised his former teammate, but also said Kubica was wrong to suggest he was favoured over the Pole at BMW.

“He was the teammate I had the longest in Formula 1, for nearly three seasons," said Heidfeld. "And I would say that he was the most complete of all the teammates I had.

"What I didn’t like about him, or what was also for himself something not really helpful, is that most of the time he thought the team was benefiting me over him, because it was a German team as BMW and I was a German driver.

"I didn’t like it because he did put that out in the press quite often and I think it was simply not true. He was always saying the team prefers me over him, and I get better whatever… that was not true.”

In the end, BMW’s gamble to shift focus to the all-new regulations for 2009 didn’t work out. The team struggled to be competitive, as Heidfeld and Kubica finished 13th and 14th in the points respectively with just one podium apiece.

In July, BMW decided to pull out of the sport at the end of the year. Heidfeld feels BMW jumped the gun on its hasty F1 exit.

"I think one of the biggest facts was that they just pulled out too early in my view as a racing driver,” he argued.

"In the view of the team and BMW as a whole, looking at financial crisis we had back then, it probably was the right decision, I don’t know. But if you look at their results, I think they did really really well.

“Coming with a relatively small team, with Sauber, moving up the ladder, it is normal that sometimes that there is a step back. And then they just pulled a plug too early, I think.”

In 2008 BMW was still contending for both championships when it decided to shift focus to 2009, with Kubica leading the championship. However, Heidfeld doesn’t believe the Hinwil outfit had the outright pace to go all the way.

"As you see with some other teams when they see the chance to fight for the world championship, they just put everything in. And that didn’t happen at BMW. But to be fair, I also don’t think that there was a chance.

"If you look at the performance, even though that he [Kubica] won in Canada and he was in front in championship, the pure pace of the car wasn’t as strong as some of the other cars."