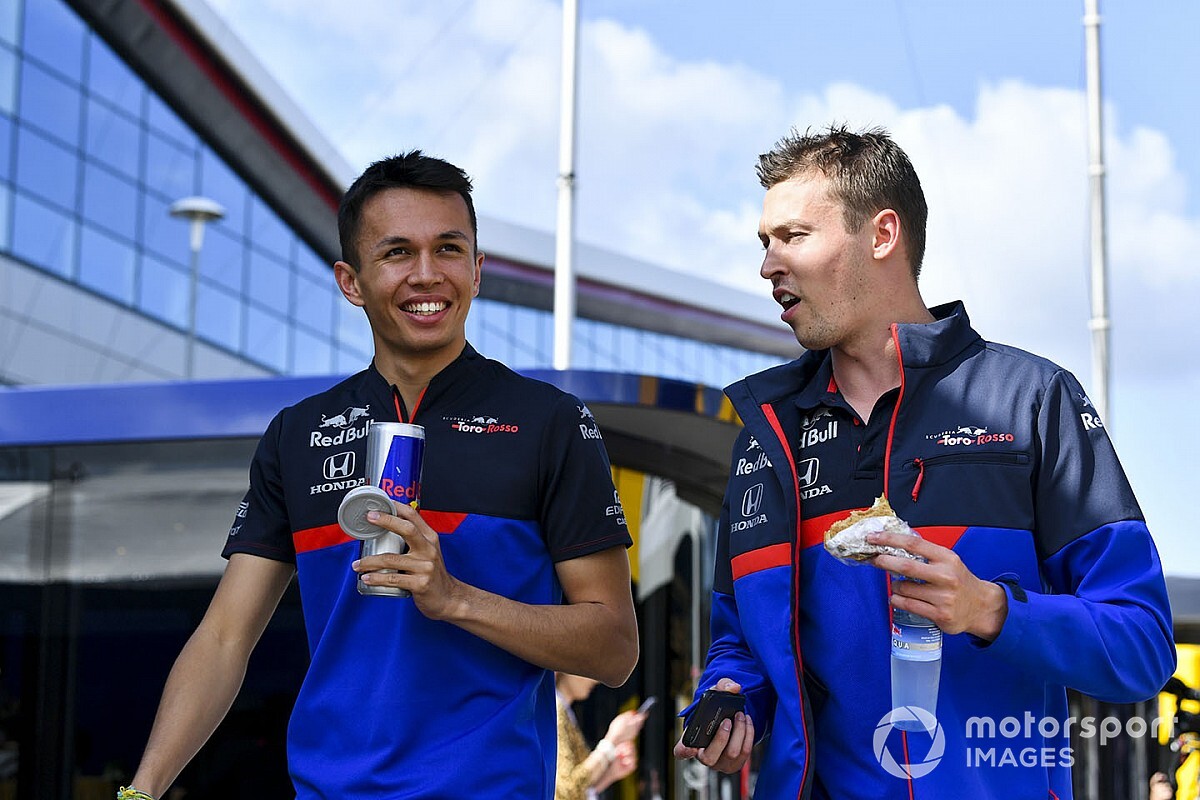 Daniil Kvyat has conceded he “wasn’t happy” when he learned Toro Rosso Formula 1 teammate Alex Albon had been promoted into a seat with Red Bull midway through the 2019 season.

After Red Bull decided to send Pierre Gasly back to Toro Rosso just 12 races into the 2019 campaign, it passed over the more experienced Kvyat - who had previously raced for the team in 2015 and 2016 - for the seat.

Kvyat said at the time he had no disappointment over the decision, but revealed in the latest Beyond the Grid podcast that he was initially unhappy and confused by the call.

“Let’s put it this way: I wasn’t happy for sure,” Kvyat said.

“I cannot say that when I heard the decision I fully understood it and I fully agreed with it. For sure I was a bit like ‘it doesn’t sound right’.

“But if you look at it in a way, it can make sense. I’d been there already, and they need new blood always, they need to promote young drivers. This is what Red Bull does.

“It is OK. After a few days after that I took and accepted the decision, fine for me. I know my job. I know what I have to do, what I was hired to do and that is what I am going to do. It is enough for me like that.”

Albon would go on to secure the full-time Red Bull seat for 2020, while the returning Gasly picked up a shock podium for Toro Rosso at the Brazilian Grand Prix.

Kvyat had previously been dropped by both Red Bull and Toro Rosso, losing his seat in F1 altogether at the end of 2017 before returning last year.

The Russian said the unpredictable nature of his career meant he could never rule out a potential return to the senior Red Bull outfit.

“Everything in life is possible. After what I’ve seen you can never say no to anything anymore,” Kvyat said.

“What I also learned, you don’t want to be dwelling or dreaming about the thought all the time. It is just important to focus on your job, that you’ve been assigned with.

“Right now what Red Bull has assigned me with is to deliver best result possible for AlphaTauri, and that is what I am going to focus on.

“And as life shows, everything is open to you if the results that you deliver are good enough.”