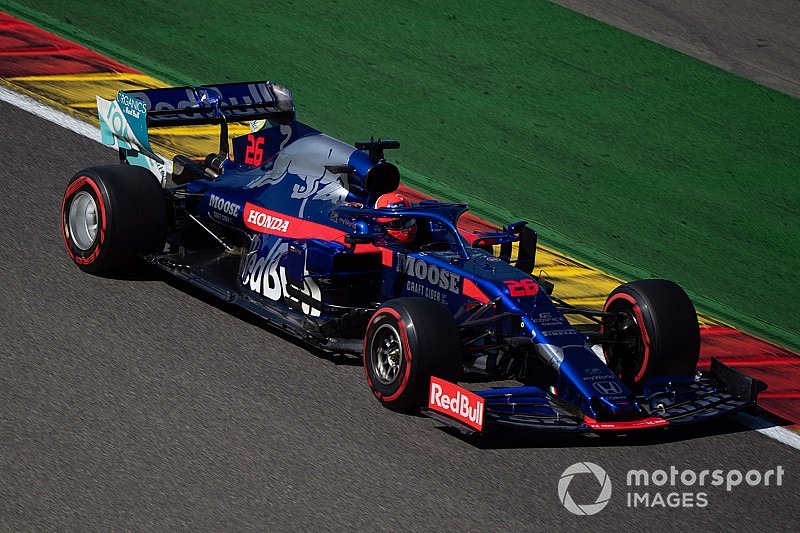 Daniil Kvyat believes that Toro Rosso needs to focus on improving its one lap pace if it is to have any hoping of protecting its fifth spot in the constructors' championship.

The Russian charged from the back of the grid to finish seventh at Spa-Francorchamps last weekend with a performance that he said had lifted his confidence.

But he is well aware that the outfit's hopes of staying ahead of Renault, which is only eight points behind, will rest on it being able to start further up the grid.

"We know [cooler] conditions helped us a little bit, but we cannot always rely on conditions to help us," said Kvyat. "We need to sort out qualifying like here. You know, it can't happen if we want to score more points.

"Hot conditions didn't really suit us on this track. And in theory this track was never going to really suit us, but we managed really to put everything together on the day that mattered the most.

"And to be honest I don't mind being a little bit off on a Friday and Saturday if we get everything right on Sunday."

Although the double points finish for Kvyat and teammate Pierre Gasly close the gap to McLaren ahead to 31 points, he is sceptical about the chances of overhauling the Woking team.

"It would be too optimistic to focus on them right now," he said. "They've been having a very good year. This race is more of a one off for them, we know how good they can be, and I feel we should focus on our race by race basis, not look too much in a constructors championship."

"I know it looks good, probably, now [after scoring in Spa]. But we can't look too deep in there. We just need to focus on what we have."

Kvyat added that one of the factors that left him so happy with the performance at Spa was the fact he was able to do so well from the back of the grid.

"Starting very last on the grid after you know we were missing some pace on Friday and Saturday, and putting everything together on a day like this, battling Red Bull Racing car for most of the race, who started ahead of me.

"It was an extra cherry on top of the cake, so really feeling confident and good at this stage of my career, and I will keep pushing."