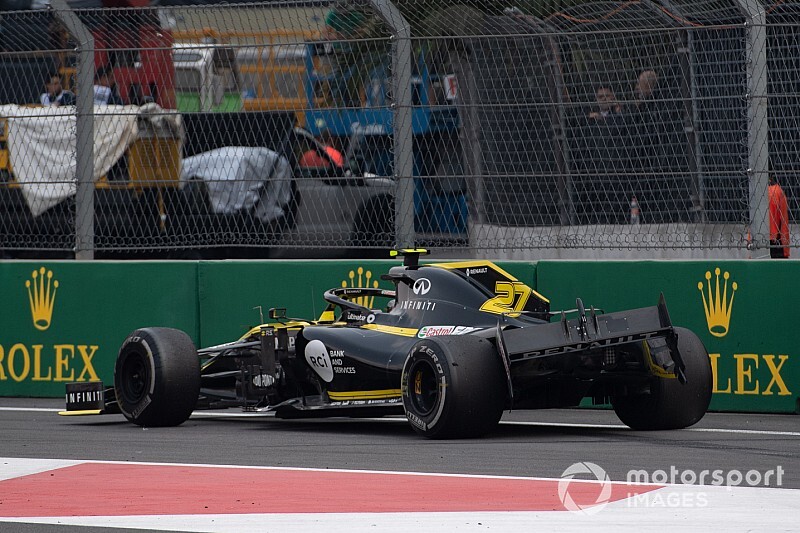 Toro Rosso Formula 1 driver Daniil Kvyat was "very upset" about his penalty in the Mexican Grand Prix, as he hit out at FIA stewards for "killing the sport".

Kvyat nudged the Renault of Nico Hulkenberg into the barriers while trying to overtake the German for ninth place down the inside Turn 16 on the final lap of the race.

He took the chequered flag in ninth place, but was demoted to 11th by a swift post-race penalty, with teammate Pierre Gasly and Hulkenberg the beneficiaries.

Speaking to Motorsport.com after the race, Kvyat argued the verdict was in violation of the policy to let drivers race and cut down on penalties awarded as a result of wheel-to-wheel combat.

"I don't want to say too much, because I am still very upset about it, and I strongly as a racing driver disagree with it, because they told us we can race, we are allowed to race," Kvyat said.

"Obviously Nico was defending, I was attacking and there was a clash, but you know, these things happen, especially [at the] last corner of last lap.

"I think people like to see some racing, and if we get penalised for it... they just kill the sport like this, and yeah, I don't like what stewards do sometimes."

Kvyat has been an outspoken critic of stewarding in F1 in the past, labelling the process "a stupid circus" back in 2017.

When asked about the verdict over Kvyat's Mexican GP clash with Hulkenberg, race director Michael Masi said the stewards had indicated that the incident "could not have been more black and white".

Hulkenberg, who took the chequered flag with a damaged car and wound up salvaging a point, said he couldn't fault Kvyat for trying a move, but believed it was clear his rival was in the wrong.

"Whilst obviously he is guilty, I left him plenty of space, but he does give me a little push on the rear tyre and that’s all it takes to spin a car around," Hulkenberg said.

"It’s racing, as a racing driver he’s also obliged to try it – so I can’t really blame him, it’s just racing.

"But of course you need to try and do it cleaner without hitting each other and putting cars into the wall."