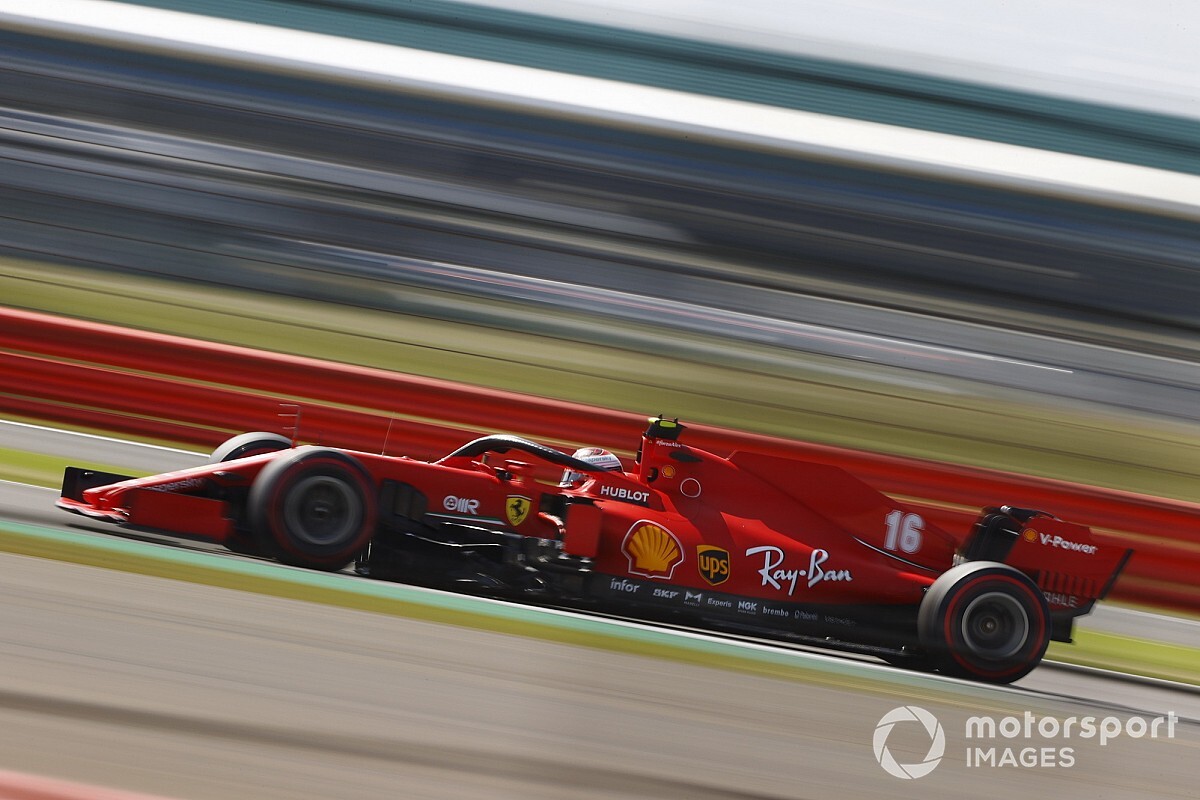 Charles Leclerc says his eighth-placed result in qualifying for the 70th Anniversary Grand Prix is a more realistic indication of how fast Ferrari is right now.

Just one week after Leclerc qualified fourth and finished third for Ferrari at the British Grand Prix, the Italian outfit has had a more challenging time this time out as it has struggled with the softer compound tyres.

Speaking to Sky F1 after the session, Leclerc said he was not partcularly shocked that he had been unable to repeat last weekend’s result.

“Surprise? No,” he said. “I think it's a bit more realistic picture for us to be honest. We have been struggling more than last week here, especially with the softer tyres.

“We seem to be more aggressive on them and and we don't even manage to finish the full lap in Q3 with the soft tyres. They are dropping off quite a lot in the last sector. I lost quite a lot of lap time there, so not much we can do for now. It's like this.”

Leclerc suggested that Ferrari’s low downforce setup for this weekend has not helped with looking after the tyres, but reckons that adding more downforce would have made its cars too slow on the straights.

With the tyre struggles, Leclerc said he was bracing himself for an especially tough race.

"Tomorrow will be a very difficult race,” he said. “It's hard to finish the qualifying lap, and it will be very difficult to keep up with the others in the race. But we remain optimistic. I will try my best and see where we end up.

"I think there will be drivers who will take risks and try to make only one pit stop tomorrow, while others will make two. I can't say which strategy we will choose, but we have analyzed the data and we are sure about which strategy to adopt.”

Teammate Sebastian Vettel had no better luck this weekend after a torrid time in the British Grand Prix. He qualified 12th, but will move up a position after Esteban Ocon was handed a three-place grid drop for impeding George Russell in Q1.

Speaking about his hopes for the race, Vettel said he had not given up on a decent fight, but was aware that he was not doing much better than last time out.

“I'm always optimistic,” he told Sky. “I try to reset myself as much as I can. So I hope for a better day tomorrow, but I think since last week we're pretty much where we are now.