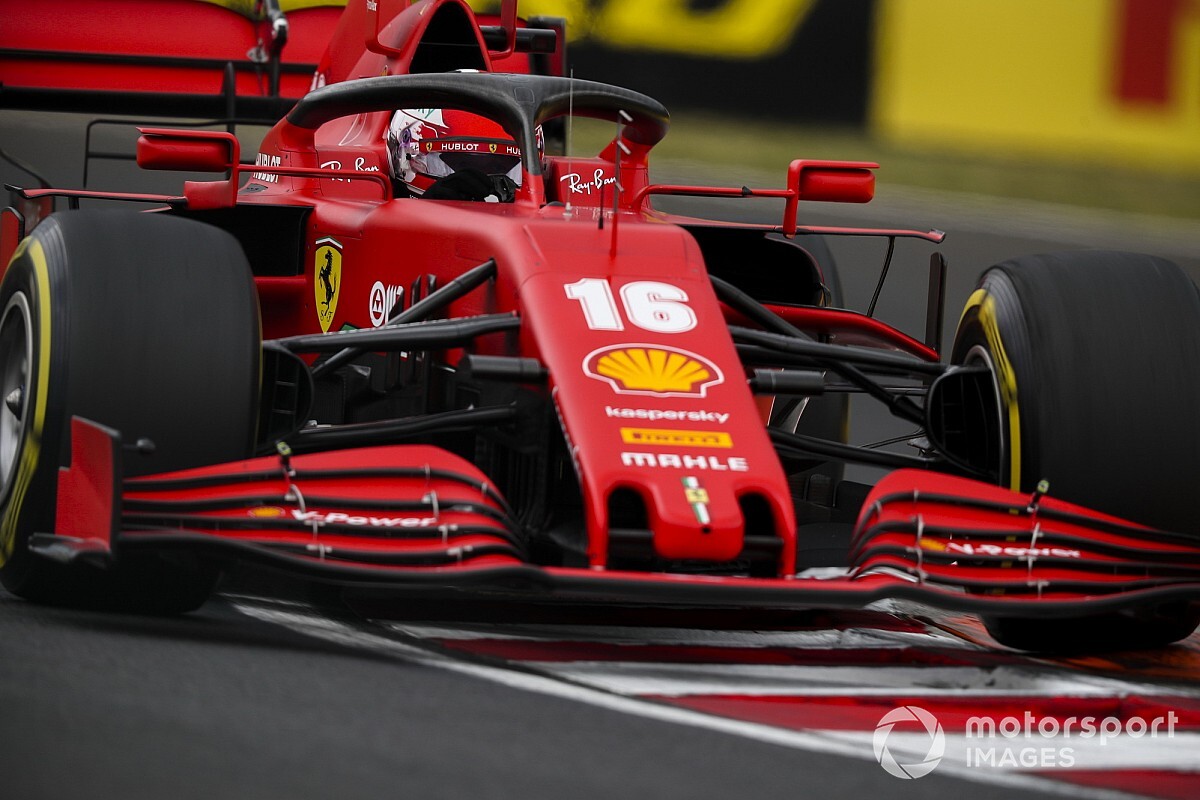 Charles Leclerc believes Ferrari is quicker in Hungary than it was previously in Austria after finding "positive signs" from the SF1000 Formula 1 car in practice on Friday.

Ferrari endured a difficult start to the 2020 season in which it qualified no higher than seventh in the opening two races, and scored just 19 points across the two weekends.

An update package planned for Hungary was fast-tracked to the second Austria race in a bid to give a performance boost, only for Leclerc and teammate Sebastian Vettel to collide on the first lap of the race, forcing them both to retire.

Ferrari has brought no additional updates to Hungary, but enjoyed a stronger Friday as Vettel and Leclerc finished sixth and seventh in the dry opening practice. Vettel then topped a wet FP2 at the Hungaroring, with Leclerc down in P10.

Leclerc said there were plenty of positives to take from Ferrari's dry pace in first practice, and revealed he was pleasantly surprised by the pace of the car.

"This morning went better than we expected, to be honest," Leclerc said.

"We didn't arrive here with lots of new pieces. Actually, it's pretty much the same car. But it looks like the car is better on this track, which is a good thing.

"This afternoon I struggled quite a bit on my side. We were trying different things and I was not very happy with the car, and just struggling with the confidence in the wet.

"But we've seen some positive signs this morning."

Ferrari struggled with straight-line speed through in the two Austria races, with team boss Mattia Binotto estimating it was costing around 0.7 seconds per lap.

Leclerc said the more technical nature of the Hungaroring layout would play into Ferrari's hands this weekend, giving it a boost ahead of qualifying.

"We were struggling quite a lot in Austria in the whole first sector. Here it's a less of a problem," Leclerc said.

"We are quite quick around the corners. It doesn't make us challenge Mercedes yet, but we are we are quicker [than last week], and that's good to see."

"I think this morning was okay, I think it should be a bit better for us on this track. Let's hope that it stays like this tomorrow," Vettel said.

"We don't know until we hit qualifying. We used a little bit more laps than others in the wet, just to try and see after our weaknesses last week, and understand a little bit further.

"There's still a lot of homework to do. But yeah, overall, it seemed like a better day."