Leclerc explains why he asked Ferrari to hurry Vettel

Charles Leclerc says his radio references to Ferrari teammate Sebastian Vettel during French GP qualifying were because he was worried he would run out of time to start a lap. 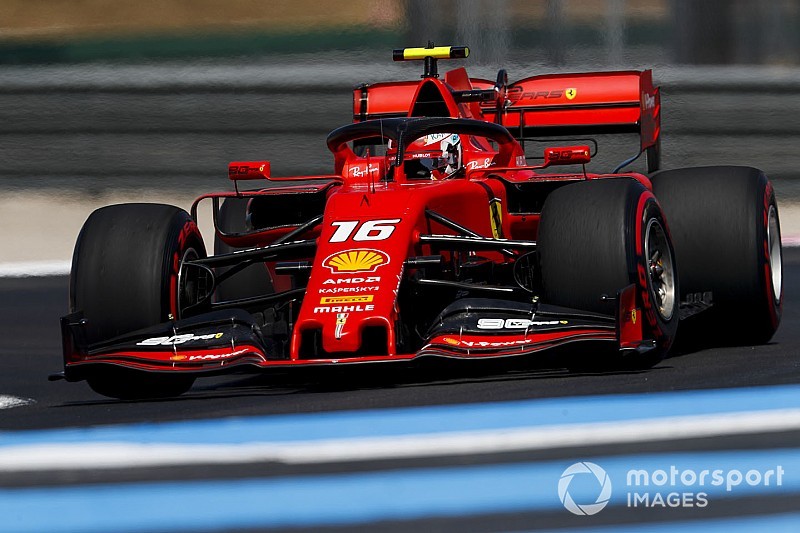 Leclerc, who qualified third, was heard twice asking the team to encourage Vettel - the car immediately ahead - to go faster and open a bigger gap.

However, he insisted that the German had not compromised his laps in any way.

"No, not at all," Leclerc said. "The only thing is that I think twice, I can't remember when exactly, we were very tight on time to go through the finish line.

"So that's why I asked the team to say to Seb to just push, because I would be very tight on time, so that was the only reason. But no, he of course didn't compromise my qualifying."

Leclerc noted that Ferrari was at a loss to explain why the car is losing out in Paul Ricard's third sector.

"I think it is general grip around the corners, to be honest. We're quite quick in the straights, but in the corners, struggling a bit more.

"This weekend there is something interesting that we didn't understand completely yet.

"In sector 1 or 2 we don't seem to be too far off, or at least during the weekend in FP1, FP2 and FP3, but in sector 3 we are losing quite a lot actually, most of the time. We need to work on that, and try to understand where is the issue."

However, he was happy with his own performance.

"I was completely aware that my weak point in the last few grands prix was putting the car in right window for Q3, so I worked on that and happy to see improvement."