The FIA insists that giving Ferrari just a fine for Charles Leclerc’s unsafe release in the German Grand Prix has not opened the door for other teams to take risks in the future.

During a hectic switch of tyres for most drivers in the early stages of the Hockenheim race, Leclerc was released into the path of Haas driver Romain Grosjean, who had to brake and lose time to avoid a crash.

The Leclerc release was investigated by race stewards but, rather than give a time penalty for what happened, the FIA imposed a 5000 Euro fine on Ferrari.

Haas boss Gunther Steiner later questioned whether or not that would prompt teams to take more risks when it came to releasing their drivers in the future – knowing that it could only cost them money rather than a potential time penalty.

“We need to think about this one because it does encourage people to risk,” said Steiner. “The FIA gets the money, we lose the position, so everybody else wins except the guy that loses out.”

But F1 race director Michael Masi says that the decision to impose a fine was made following talks with teams ahead of the weekend about the potential for trouble during a mixed weather race.

“Part of the discussion that we had with the team managers the other day, knowing that the conditions could be changeable, was about taking into account if everyone was coming into the pitlane at the same time to do tyres,” explained Masi. “It had to be a factor in it.

“The fact that every other team thereafter was out, even though the pitlane is as wide as it is, didn’t allow what we saw at Silverstone with a car to drive on a painted area.”

Asked by Motorsport.com if he felt there was a danger of teams now risking more unsafe releases knowing they would only get fined, Masi said: “No I don’t think so.

“I am very much a firm believer, and the teams all agree, that you treat each case on its own merits. And as much as you can try to group things generally, you have to treat each and every circumstance as they come up and judge it. So I think that was in the end pretty straightforward.

“It is not something that is happening regularly. It is an isolated matter. Teams are also pretty well aware of self-preservation. There is the danger of damaging your car, and the consequences out of that are far greater than anything else.” 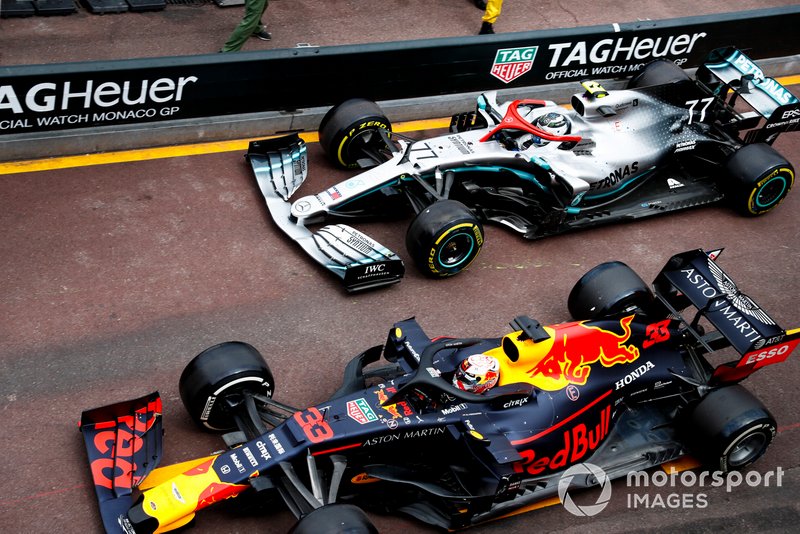 Red Bull boss Christian Horner pointed out that it had seemed inconsistent for Max Verstappen to have been given a five-second penalty at the Monaco Grand Prix for a pitlane infringement, while Ferrari just got a fine for Leclerc.

He said: “You want to see racing in the pitlane, and this was a situation of one coming in and one going out, so it’s slightly different.

But Masi pointed out that Verstappen’s penalty in Monte Carlo was for colliding with Valtteri Bottas as they left the pits, not for the release itself.

“Probably the clarification of the Monaco one was that it was labelled an unsafe release but was for causing a collision in the pitlane. So that was why that was different to the one [in Germany] which was clearly an unsafe release.”

Sainz: Data shows I can be as fast as Leclerc in qualifying