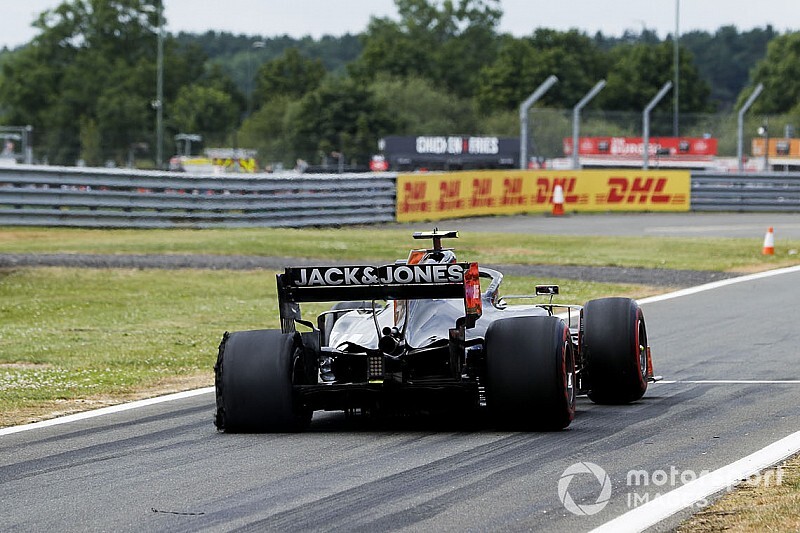 Kevin Magnussen says last year's British Grand Prix bust-up, which is one of the highlights of the second season of Netflix's Drive to Survive series, actually ended up helping bring the team closer together.

The Dane is at the centre of big drama in the Haas episode when team boss Gunther Steiner gives him and teammate Romain Grosjean a dressing down after they clashed at the British Grand Prix.

Although the Netflix cameras were not present in Steiner's office during the heated exchange, the microphones do pick up what was said.

Steiner is heard saying: "I have fu**ing had enough of both of you. You let the fucking team down; me down, when I protected you all the time, and I am not fu**ing going in to who is right and who is wrong. I don't want 'oh he moved' and 'he moved' and all that fu**ing wank.

"Gene [Haas] spends how much fucking millions a year of his own fu**ing money and wants to pull the plug because you are two fu**ing idiots. I've not more to fu**ing say to you guys. If you don't like it. I don't need you here. Do not come back please."

As Magnussen leaves, he slams shut the office door – prompting another angry exchange between Steiner and Magnussen's trainer.

Reflecting on the events back then, Magnussen said that a lot of circumstances had all come together – but in the end, it proved to be an event that helped solidify relationships.

"It's a very exciting story and there was a very, very big episode when it happened," he said. "But, you know, because we were in such a low point with everything, that's where we really were getting depressed about the season not going right.

"There was a lot of shit going on in the background with sponsors, etc. And, you know, it all sort of just came together that weekend and we all lost a little bit.

"But it surely made us stronger. And it's gotten us closer together, and you would be surprised to see how it is in real life between us all."

Magnussen said that the ever-present Netflix cameras often managed to catch moments that teams and divers may not like shared.

"They're good at hiding," he said. "And getting things that you don't expect."

Asked if he had seen the Haas episode, Magnussen said: "I have seen the one that I'm in. And they didn't even put the bad things in!"