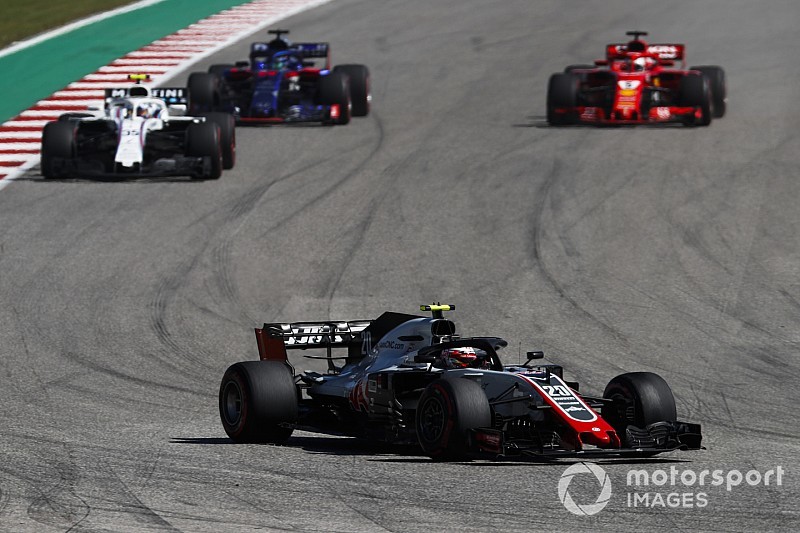 Kevin Magnussen faces disqualification from the United States Grand Prix after the Haas Formula 1 driver was deemed to have used more fuel than is allowed.

Magnussen finished ninth at Austin to score his Haas team’s only points at its home grand prix.

However, FIA technical delegate Jo Bauer reported after the race that the Haas had consumed more than the 105kg of fuel permitted from the time the signal was given to start the race to when it finished.

This is in breach of Article 30.5 of F1’s sporting regulations and the matter has been referred to the stewards.

Article 30.5 states that other than in cases of force majeure, any driver exceeding this limit will be disqualified from the race results.

Whether this is a case of force majeure will be determined by the stewards.

Disqualification would cap a miserable home race for Haas, which has lost significant ground to Renault in the fight for fourth in the constructors’ championship.

Renault’s sixth and seventh in the US GP moved it 20 points clear of Haas with three races remaining.

Ocon disqualified from US GP for fuel infringement