Kevin Magnussen says the reputation for his media pen comment to Nico Hulkenberg in 2017 became "annoying", and is not something he will remember from his Formula 1 career. 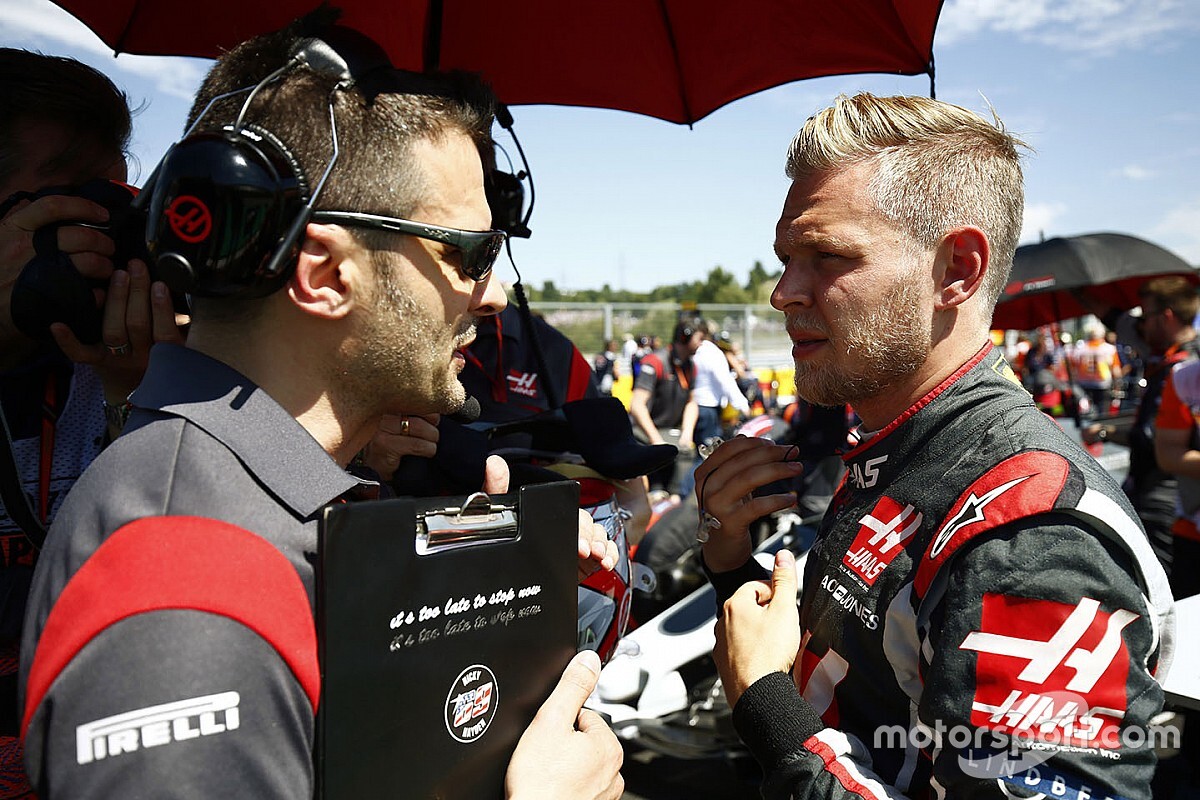 Magnussen made what he expects to be his final appearance in F1 at last year's season finale in Abu Dhabi after being released by Haas ahead of the 2021 season.

The Dane has since moved to the IMSA WeatherTech SportsCar Championship, and will make his debut for Chip Ganassi Racing in the Rolex 24 at Daytona later this month.

Magnussen gained a reputation throughout his F1 career for his forthright and honest nature, with an incident regularly recalled by fans occurring at the 2017 Hungarian Grand Prix.

After being forced onto the grass by Magnussen when battling for position, Hulkenberg approached the Haas driver in the media pen after the race, interrupting an interview to call him "once again the most unsporting driver on the grid".

Magnussen snapped back at Hulkenberg, saying: "Suck my balls, mate", with the phrase since being remembered widely among F1 fans.

Magnussen said that while he has glad he had "not tried to hide the person that I am" and had "been able to stay true to myself" through his F1 career, he did not understand why he had gained such a reputation for the comment.

"This thing with Hulkenberg has stuck with me, and it's something that is becoming almost annoying to be talking about," Magnussen told Motorsport.com.

"There are other things that I'll remember. That one thing has gained a lot of attention, but it's not something I will remember from my F1 career.

"The majority of people tend to focus in and stick with one event, like with me and Nico. It's something that I don't ever think about, but it's stuck with me.

"It's now four years ago, and I still get asked about it. It's like, why is that what people remember? It's hard for me to really understand.

"I remember more the sporting events and things that happened on track."

Magnussen spent four seasons with Haas, helping the team to finish fifth in the constructors' championship in 2018 and beat a number of better-funded rivals.

Although Magnussen said it was "really enjoyable" fighting the likes of McLaren, Williams, Renault and Toro Rosso on a much leaner budget, his strongest sporting memory from his time in F1 remained his debut podium at the 2014 Australian Grand Prix.

"It was the realisation of your dream, it all coming true - that first race is something I'll never forget, that whole weekend," Magnussen said.

"I got on the podium as well. I was just scared of waking up. It was like I was scared that it was all a dream.

"It was so surreal to finally be experiencing what I've been dreaming about all my childhood."