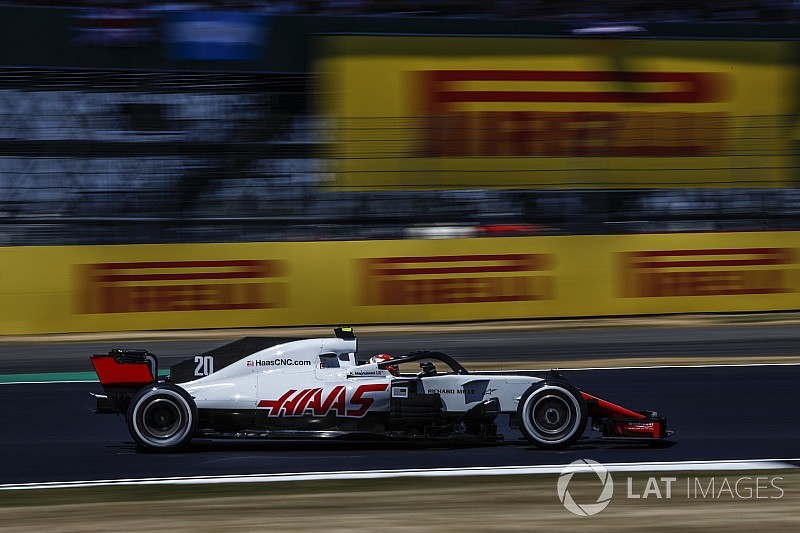 The sweeps of Silverstone make it one of the fastest tracks on the F1 calendar, with the quick right-handers of Abbey at the start of the lap and Copse now flat out thanks to higher-downforce cars and a resurfaced track.

Magnussen’s Haas team has been potent in high-speed corners this season but said there is less advantage to be gained in those areas of the British GP track now.

“Those corners that we think we’re good in, they are flat for most people,” he said.

“It’s not really a challenge, you don’t need to extract anything from the car because it’s just flat out. You can’t gain or lose any time.

Toro Rosso driver Pierre Gasly is experiencing Silverstone in an F1 car for the first time, having previously raced here in Formula Renault 3.5 and GP2.

He agreed that the emphasis on the fastest corners was less now for lap time, but said they are very impressive to drive.

“Even if it’s flat out it’s not like easy flat out,” he said. “So, you still get such a peak of adrenaline and the feelings you have inside the car when it’s flat like this.

“I’ve driven on this track mainly in GP2, it’s just unbelievable how much speed you can carry.

“I will not say it makes it easier because the minimum speeds are much higher so everything goes much faster and in terms of racing you need to be really precise with your turn in point, because everything is so fast.

“In terms of feeling inside the car it’s so much better, you get really high G[-force] especially through Maggots and Becketts.”

Mercedes’ world champion Lewis Hamilton said that high-speed sensation and the physical test it produces made his home race one of his favourites.

“That's why it's one of the best tracks,” he said. “The speeds we're going now, the G-force we're pulling through Copse, through Maggotts and Becketts.

“You're flat out through Maggotts, you only lift partway through Becketts and then lift for a little bit just through 13 [Chapel] and then back on the gas – and we've got fuel in the car.”

Gasly admitted Toro Rosso and Honda were slightly disadvantaged by the run from the final corner through to Turn 3 at Village, plus Luffield to Maggotts and Becketts, now being flat out.

“We lose a lot of time in these places,” he said. “A bit less downforce and the car playing a bigger effect in these corners would balance it a bit more between the high-speed and the power-related section around the track.

“Before, there were two more corners than we have now.”