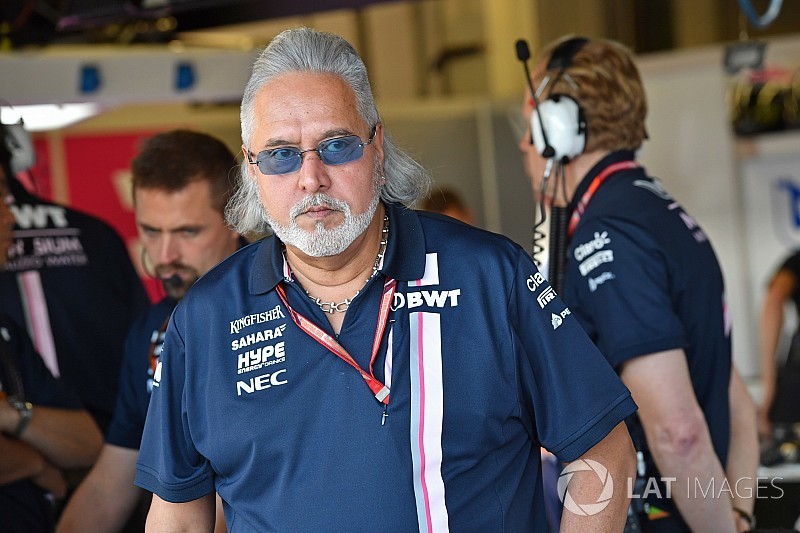 Vijay Mallya has denied claims that the Force India Formula 1 team is up for sale, but says he will consider changing his stance if he’s offered an amount that “we cannot refuse.”

Speculation has been rife about the future of Force India, with British energy drink maker Rich Energy heavily linked with the Indian squad.

Company CEO William Storey put out a statement on professional  networking website LinkedIN, claiming he has offered to buy Force India for 100 million pounds and invest another eight-figure sum after acquiring the team.

“I can confirm that Rich Energy made an official offer to buy Force India Formula One team at the end of April,” the statement read

“This offer was accepted in principle and we are close to finalising purchase with SPA. We have deposited funds considerably in excess of the purchase price and will invest an additional 8 figure amount in the team.

“We have a long term business plan that not only involves our beverage brand but two multi national corporate sponsors who are not currently in Formula One.”

Speaking in response to media speculation at the pre-British Grand Prix press conference, Mallya insisted that he’s not searching for a buyer, but would be willing to sell the team if offered a lucrative deal.

“People have been writing about the ownership of my team for years now. I’m proud that we finished our 200th Grand Prix in Austria. It’s a big milestone for me, since I owned this team,” Mallya, who recently stepped down as a director but continues to serve as Force India’s team principal, said.

“I’m sure you will not see anybody in Force India, or indeed myself, walk around with a ‘For Sale’ sign.

“And as far as all these rumours are concerned, and all the statements that keep appearing in the media, all I can say is if there is a credible offer with cash on the table, I will be the first one to discuss with my shareholders, see what they feel, and if, in the unlikely event we wish to sell the team, if there’s an offer that we cannot refuse, I will be the first one to announce it. Until then, speculation remains speculation.”

Force India was born towards the end of 2007 season after Mallya, whose companies have previously sponsored Benetton and Toyotas F1 teams, acquired a majority stake in Spyker, a team that has its roots back to 1991 when it was under the ownership of entrepreneur and F1 pundit Eddie Jordan.

Sahara Group joined Force India as an investor in 2011 and the Indian conglomerate reportedly owns a 42.5% stake in the team, the same as Mallya’s. The remaining 15% shareholding remains in the hands of Mol family.