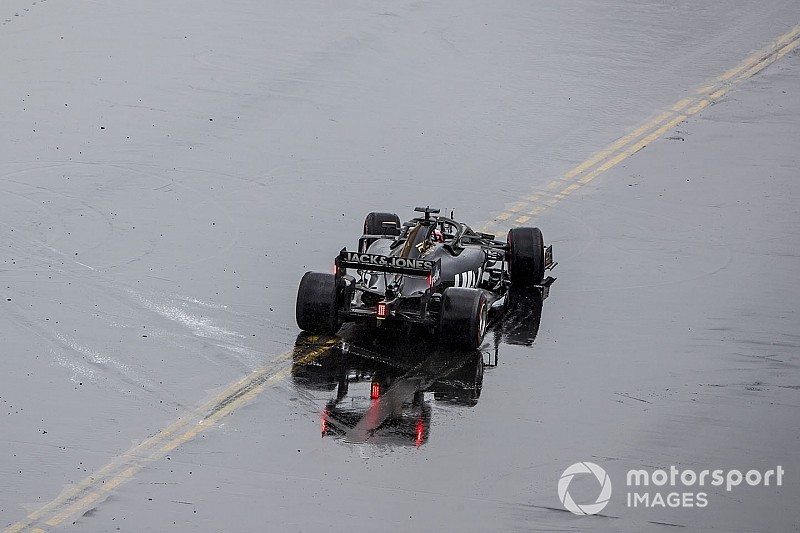 Formula 1 race director Michael Masi says he would likely reconsider the layout of the Hockenheim 'drag strip' if the German Grand Prix returns to the calendar.

The surface on the outside of the final sequence of corners at Hockenheim caused controversy at this year's race when a host of drivers – including Charles Leclerc, Nico Hulkenberg and Lewis Hamilton – all lost control in the wet and hit the wall.

Leclerc said immediately afterwards that having such a low grip surface was 'unacceptable' while Hulkenberg took up his frustrations in a private chat with Masi ahead of the Hungarian GP.

And while Masi said after the Hockenheim race that he did not see such a big problem with the drag strip area, he says that after speaking to Hulkenberg he thinks it would only be right to look at alternative solutions in the future.

"Having spoken to Nico, and I will keep the contents of that discussion between the two of us, but it is something that we would consider at the time if we were to go back to Hockenheim," explained Masi. "We would have a look and see if there are other things we can do.

"That is probably the simplest form at that point. It is one of those that is like a kerb. To a degree in some areas, you stay off it, but when it is wet as well I understand.

"Nico and I had a discussion and it was a very productive discussion. But it was a one on one chat for a reason."

Masi understands that there is a fine dividing line between off-track elements punishing mistakes and drivers being put in dangerous situations by relatively small errors.

Hulkenberg was especially upset because he felt the punishment of his crash was out of kilter for the small mistake he had made in running wide.