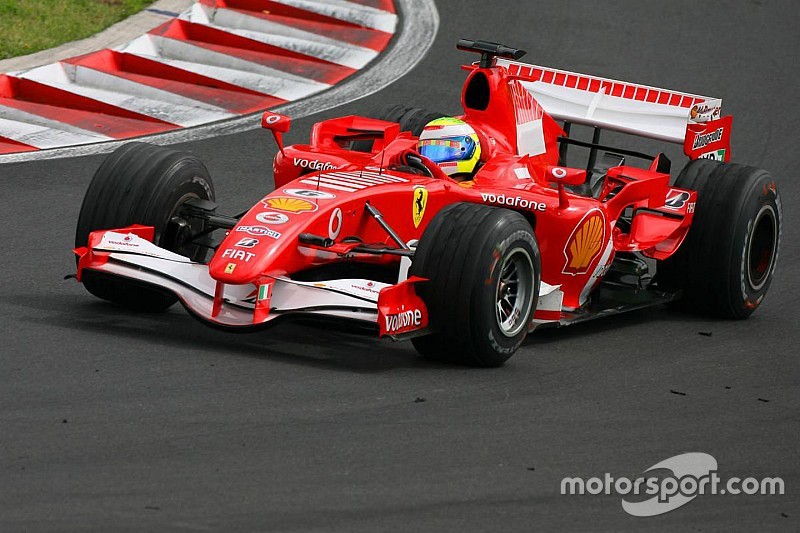 Felipe Massa has his sights set on the podium for this weekend's Turkish Grand Prix.

After a slightly unsteady start to the season Felipe Massa has been silencing the critics with some increasingly mature drives for Ferrari. Recently the Brazilian has played his supporting role to Michael Schumacher's championship challenge to perfection and Massa has his sights set on the podium for this weekend's Turkish Grand Prix.

Ferrari did not fare well in Hungary, as Schumacher retired and Massa finished eighth, although both benefited when BMW Sauber's Robert Kubica was disqualified. "It is important not to repeat the mistakes we made in Budapest which was not a good weekend for us," Massa conceded when speaking to the press at Istanbul.

"But the championship is still open because of what happened. In any case, although it is true that on a wet track we had some difficulties, in the dry, and even just as the track began to dry, we had the advantage over our rivals."

...the experience of working with a top team also improved me race by race.

"This weekend it is important that we return to winning and having both of us on the podium to bring home as many points as possible," Massa continued. "That is our priority and we will be doing our utmost to get it done."

Massa took a few races to settle into his Ferrari race seat; he picked up a few points in the early season and come the fifth race at the Nurburgring he scored his first F1 podium with third. More points followed in the next few races then three consecutive podiums, two seconds and a third, from Indianapolis to Hockenheim.

"At the start of the year I had a few problems, not just myself but the way I interacted with the team, but then we started to work better together race by race," Massa explained. "The results started to come then and the experience of working with a top team also improved me race by race."

The FIA ruled this week that mass dampers are not permitted, which will surely be a disappointment to Renault, the team most associated with the device. Despite the controversy, Massa does not think Ferrari's main rivals were guilty of breaking the rules.

"I think the FIA sometimes takes decisions to ensure that teams do not work in certain ways, he commented. "For example, earlier this year, we had to change the way our rear wing functioned but there was no suggestion that we had been illegal."

"We found a way around it and that will happen with the mass dampers too, but I have to say that obviously it will be good for us if the team that suffers most from not being allowed to use this system turns out to be Renault!"

Last season Turkey was not kind to Ferrari; Schumacher eventually retired after a clash with the Williams of Mark Webber and then-teammate Rubens Barrichello only managed 10th. Massa himself, then racing for Sauber, also retired with an engine issue but he doesn't think that Istanbul will be an unlucky track for Ferrari.

"You cannot say that because we did not go well here last year the same will happen again now," he said. "We have seen several races where we did not go well in 2005 turning out fine this time. There is no point looking to the past, you have to look at the present situation. Over the past few races we have proved to be very strong and we must try and continue in that way and keep finishing ahead of our rivals."

Ferrari will have some car updates for this weekend, as Massa revealed, to try help to close the gap to rivals Renault, which is currently seven points. "We have a new design of turning vane, and modified rear brake ducts which should bring us a slight advantage," he remarked.

New partner for Honda in Turkey