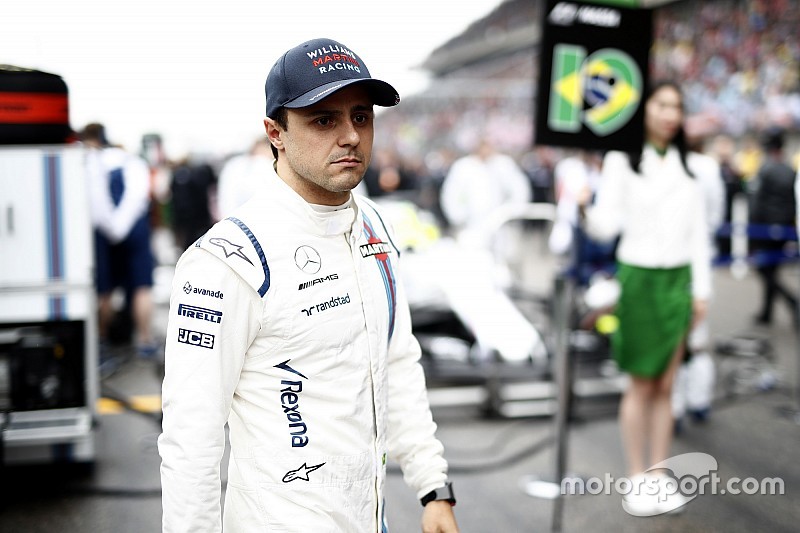 In his latest Motorsport.com column, Williams driver Felipe Massa recounts a disappointing second race of the F1 season in China, in which the Grove-based team was hit with peak levels of tyre degradation.

Williams Martini Racing arrived in Shanghai on the crest of a wave after the positive weekend in Melbourne, where we had had a really good first race.

I had proper hope of being able to continue in the same form in China, and qualifying seemed to confirm my feeling. Sixth place on the grid was the best we could have done, and starting from the third row of the grid is always a good basis to set up the race.

Even with the long-run that we had had to do on Saturday morning, in the only full practice session of the weekend, there had been encouraging results. So it would be wrong for me to deny we were optimistic ahead of the start.

Unfortunately, things turned out rather differently from what we had hoped for. The track conditions before the start were already difficult in themselves, and we had some big doubts about whether or not intermediates were the right tyre to start the race on. It was hard to control the car in the early stages of the race.

When the safety car came out after Antonio Giovinazzi’s crash, we fitted the soft tyres and hoped that our situation would improve. But it was not to be.

The laps behind the safety car showed that there was simply no grip out there, and even when the race resumed I felt that we were sliding around a lot. After suffering for quite a few laps, I asked the team if we could change to a supersoft – which meant a third stop.

For a few laps after that I was able to make up positions, and got back into the top 10. But, after a bit, the tyres began suffering from a big degradation – particularly on the front left. So I lost the chance to go for points.

It was a really difficult race, and at times we were seven seconds off the pace – which showed we had a fundamental issue. After the race we looked at the data, and started looking for answers as to the problem we had with the tyres.

Gap to Red Bull can be closed

So China was a weekend to forget, but now we must concentrate on Bahrain. It is a track I like and it has played an important part in my career. The expectations are good, considering that beyond the problems we had in the race, qualifying in Shanghai confirmed the positive impressions of Melbourne.

In Shanghai, we saw a return to the podium for Red Bull, although I think it still lacks something if it wants to fight for wins. At the moment the gap to them is unbridgeable, but I think it could be closed in one or two races.

The fact is that the margin that separates us from Mercedes, Ferrari and Red Bull is greater than what divides us from who is behind us. But we must always be confident and ready to take every chance, and I hope the Sakhir track will be a friend for us.

One thing I am sure of though is that it will not be as cold as China.