Nikita Mazepin says that Mick Schumacher cannot "expect to have it too easy" after a controversial last-lap move on his Haas Formula 1 teammate in Baku.

Haas F1 teammates Mazepin and Schumacher were involved in a last-lap drag race to the finish line at the Azerbaijan Grand Prix two weeks ago, with Schumacher snatching 13th place.

But Schumacher was left feeling upset after Mazepin swiped to the right at high-speed as he came to pass him nearing the finish line after the Russian driver ran out of battery on his car.

Haas said after the race that it had "cleared the air" between the two drivers, with Schumacher revealing that Mazepin had apologised after watching a video of the incident.

Mazepin said ahead of this weekend's French Grand Prix that he thought "there was no incident" as "both cars returned to the pits".

"I thought he would choose the inside line and he chose the outside line, and when I saw that he committed to it, I ducked out of it, because in the end we're not fighting for any points and the team's result is the priority," Mazepin said.

"I think we have a positive vibe, if I can call it like this, in the team, and it has been like that since day one and it continues to be so. We're both young drivers pushing the limits, you get to a point like this.

"But like I said in the beginning, as long as both cars are returning in one piece with each other, I feel that's fine with the team boss."

Asked about his apology to Schumacher, Mazepin said he believed talks within the team needed to remain private, adding that he said sorry that the German driver had felt upset about the incident.

"However, if it was already brought out, I would say that I apologised to him, as that's how he felt and he clearly was very upset.

"But I would just say that it's very important that he doesn't expect to have it too easy, and I'm never going to not block, for one reason or another. But I clearly just didn't expect him to be where he ended up being.

"If he felt the way he did, I said sorry, because that's what I think I should be doing. However, it wasn't for my particular doing." 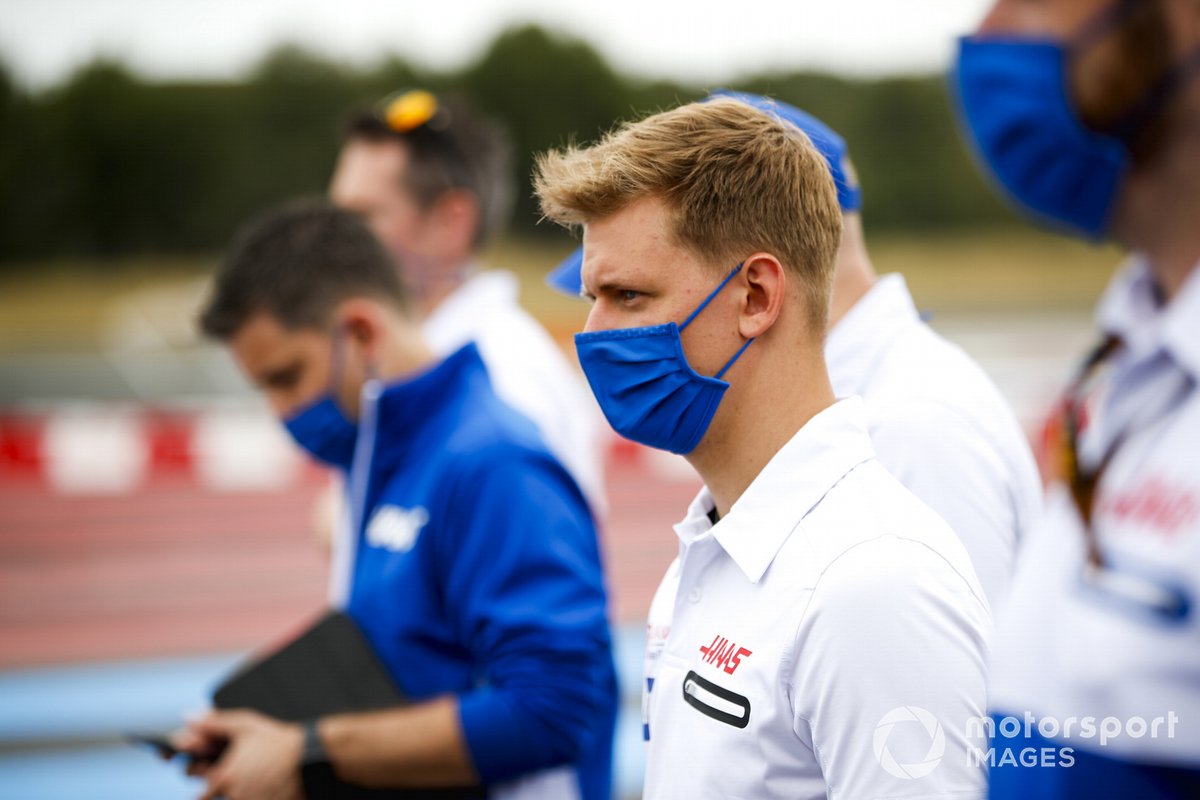 Speaking about the incident, Schumacher said that he found it "confusing" for such an aggressive move to have been made, particularly by a teammate.

"If you come in such a tow, you have all what is left basically in terms of battery, and then you use everything and there's no stopping," Schumacher explained.

"The only way you stop somebody is by scaring him or pushing him into the wall, and obviously he tried to do that. I, in fairness, kept my foot down, so I got by him anyways, but still I think that it was unexpected from my side.

"I think that's why I had such a strong reaction to it afterwards. But as I said, and the team also mentioned, the air in that sense is all cleared up, and we're all on a fresh start for here."

The race stewards in Baku did not look at the incident, but Schumacher said he believed there would be stronger action taken if it happened again.

"I think that if it happens again, probably, there will be harsher consequences," Schumacher said.

"But also in that case, probably because it was an incident that happened between teammates, it's probably kept more internally than being outspoken and kind of dealt with, in that case, the race director or stewards.

"But as I said, I think that if it happens again, surely it will be addressed towards the stewards and the race director."

Magnussen: Mick can return to F1 Magnussen adamant Schumacher can find his way back to F1