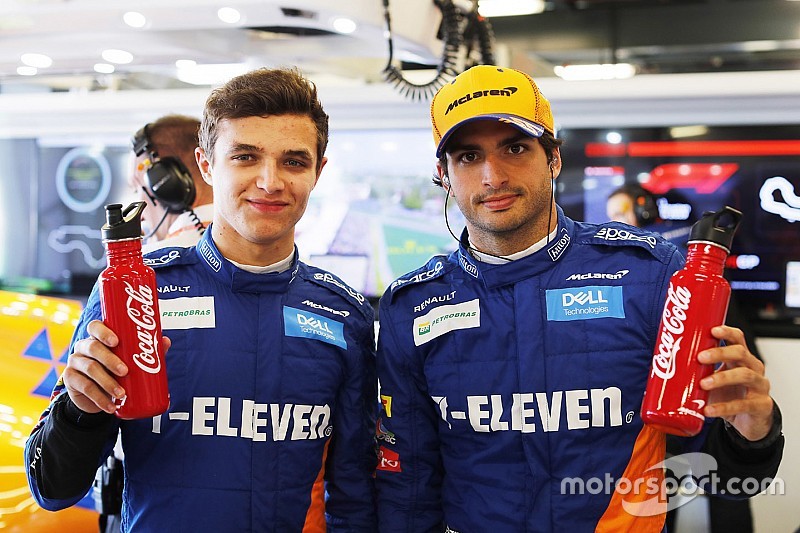 McLaren has extended its sponsorship deal with Coca-Cola for the remainder of the 2019 season, following a pilot tie-up for the final four races of last year.

Coca-Cola logos appeared on a Formula 1 car for the first time with McLaren last year in a deal starting from the United States Grand Prix, as the soft drinks company evaluated a bigger involvement with the sport.

While there had been no further communication over the winter about the deal running into this year, McLaren announced on the eve of the Australian Grand Prix that the partnership had been extended.

The deal will involve multiple brands across Coca-Cola's drink categories throughout the season, and the company will use F1 for promotions both online and at events.

McLaren CEO Zak Brown said: “I’m proud that Coca-Cola, one of the most recognised consumer brands and supporters of sports fans in the world, has chosen to extend its partnership with our Formula 1 team.

“There was a positive reaction to our 2018 debut as partners on the Formula 1 track and I’m looking forward to us exploring the full potential of this partnership over the coming season.”

Ricardo Fort, Vice President, Sports & Entertainment Partnerships, Coca-Cola, added: “We are excited to extend and expand our relationship with McLaren for the 2019 racing season. Sponsoring McLaren will allow us to create unique consumer experiences around the world.”