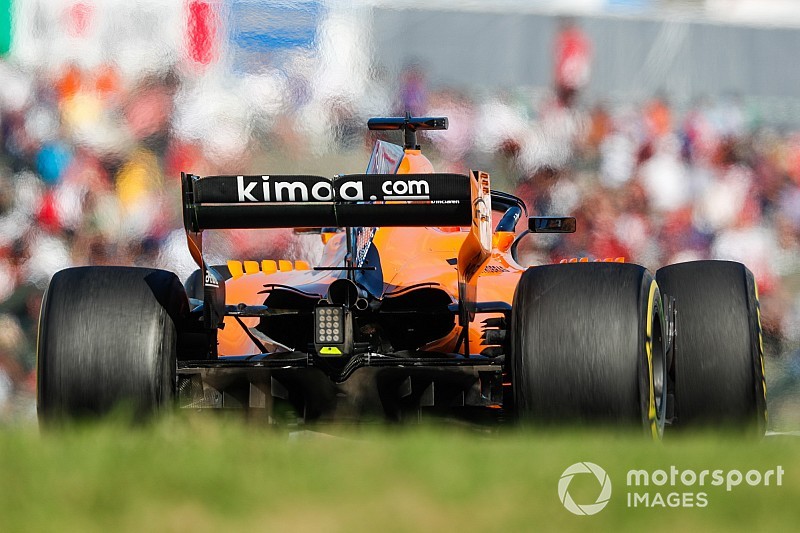 Formula 1 tyre supplier Pirelli has unveiled teams' tyre selections for the upcoming United States Grand Prix in Austin, with McLaren having made another conservative choice.

The Woking-based team was left on the back foot last time out in Suzuka, having picked too few sets of the softest compound, and wound up having to deny claims that the unusual selection was a result of it forgetting to make a proper nomination.

In Austin, for which the tyre picks had been submitted well before the Suzuka race, McLaren will be once more an outlier, having opted for a field-low five sets of the ultrasoft tyre for both its cars.

Fernando Alonso will have instead six sets of the soft – the hardest compound on offer – which is one more than teammate Stoffel Vandoorne and twice as many as any rival team's driver.

Fellow Renault engine client Red Bull is another team to make a conservative selection, with both Max Verstappen and Daniel Ricciardo taking on six sets of the ultrasoft, four sets of the supersoft and three sets of soft.

Championship leader Mercedes has gone for seven sets of the ultrasoft for both cars, while Ferrari has made the same number of sets available to Kimi Raikkonen – although Sebastian Vettel will have one more set of the purple-walled tyre.

Sauber, Force India and Williams are the teams to pick the most ultrasoft sets in the field at nine, which will be available for both cars of the three teams in question.