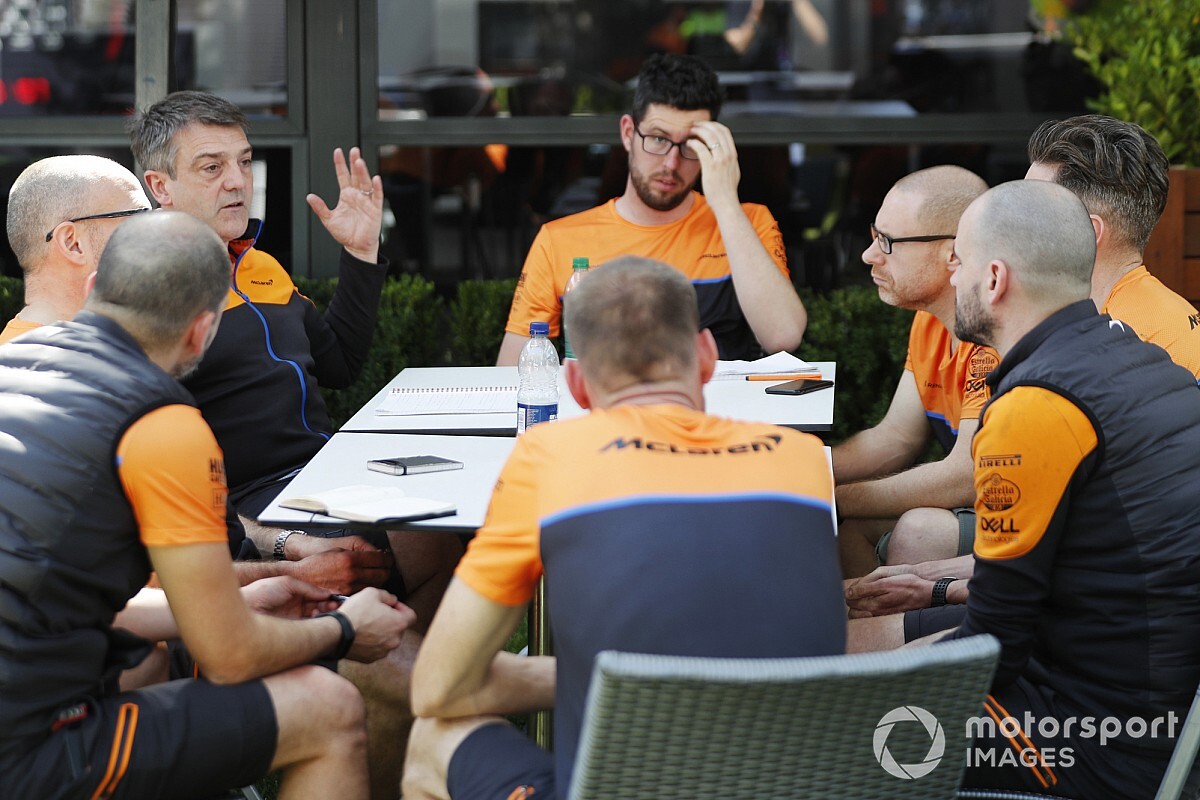 McLaren is to make around 1200 staff redundant across its automotive, technology and racing teams as part of a major restructuring of the business.

The move has come in the wake of the coronavirus pandemic and the imminent arrival of a cost cap in F1 from next year.

The Woking-based outfit has taken a financial hit from the pandemic, which has affected car sales hard and forced the F1 season to be suspended.

The team announced on Tuesday that it was to begin a consultation period with staff to finalise the steps that would be taken, but a statement said it expected there to be 1200 redundancies across the group.

It is understood that around 70 staff will be cut from the F1's operation, but final details have not been sorted out yet.

Paul Walsh, executive chairman of the McLaren Group said: "We deeply regret the impact that this restructure will have on all our people, but especially those whose jobs may be affected.

"It is a course of action we have worked hard to avoid, having already undertaken dramatic cost-saving measures across all areas of the business. But we now have no other choice but to reduce the size of our workforce.

"This is undoubtedly a challenging time for our company, and particularly our people, but we plan to emerge as an efficient, sustainable business with a clear course for returning to growth."

F1 teams last week backed plans for a $145 million budget cap to be introduced from the start of next year, with a glidepath for it to be reduced over the forthcoming seasons.

That move will force the bigger teams to cut back on staff, something with McLaren is now pushing on with.

Walsh added: "McLaren Racing has been a proponent of the introduction in 2021 of the new Formula 1 budget cap which will create a sustainable financial basis for the teams and lead to a more competitive sport.

"While this will have a significant impact on the shape and size of our F1 team, we will now begin to take the necessary measures to be ready to run at the cap from 2021 onwards, in order to challenge again for race wins and championships in the future."

McLaren's technology division has already shifted focus to high-growth revenue streams, while it is hoped the company's road car sales will be boosted by deliveries of a new 765LT supercar in October and the Elva, an ultra-exclusive open-top speedster.