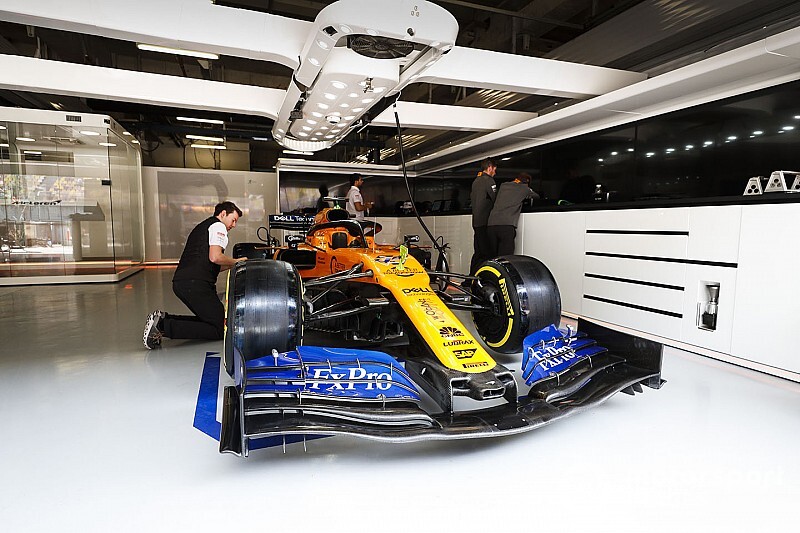 McLaren has completed a successful fire-up of its 2020 Formula 1 car at its Woking factory.

The Renault-powered MCL35 was successfully fired up in front of staff, including CEO Zak Brown and team principal Andreas Seidl, on Wednesday.

Footage, which deliberately did not reveal any details about the new F1 design, was posted on the team's Twitter account.

"Together with our colleagues from Renault, we successfully fired up the new car today for the first time. As it is every year, this is an important milestone," said Seidl.

"We have plenty of hard work ahead of us over the coming weeks, but it's great to see the commitment inside the team and everything going to plan as we continue to prepare for car launch and the first test."

McLaren will launch its new car at its Woking factory on February 13, with its target for the season ahead being to close the gap to the top three teams.

This year will be the last with Renault engines, with McLaren have already concluded a long-term deal to switch to Mercedes customer power units from the start of 2021.

The team is sticking with drivers Carlos Sainz and Lando Norris, who both impressed during their first seasons with the team last year.

Ferrari has also fired up its new power unit in its 2020 car at its base in Maranello today, as it embarks on a season in which it aims to toppled Mercedes...

FIA ready to take "any action" as coronavirus fears grow