McLaren wanted a Mercedes Formula 1 engine supply so it could give itself “nowhere to hide” as it bids to establish itself as a leading team again. 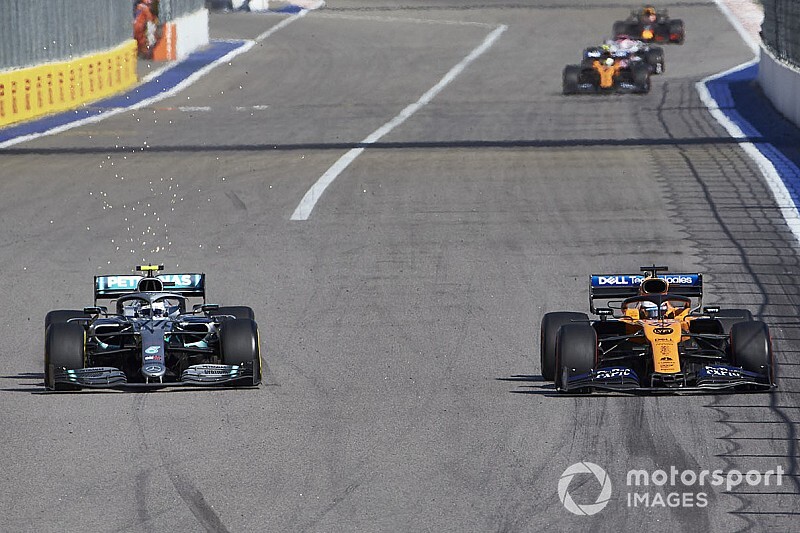 During the Russian Grand Prix weekend, McLaren and Mercedes announced they would reunite in 2021, once McLaren’s current Renault engine deal ends.

It will mark the end of six seasons of F1 without Mercedes power for McLaren, a period in which it slipped to the back of the field while the works Mercedes team has won every drivers’ and constructors’ title available.

McLaren team boss Andreas Seidl, who led the move to return to Mercedes, explained: “My task is to be in charge of the F1 team and to put together, as quickly as possible, all the elements I think are required to be successful in the future.

“This includes organisational things, infrastructure like [the new] wind tunnel, and selecting the power unit supplier is an important milestone as well.

“Mercedes being clearly the benchmark in this hybrid era, in terms of powertrain, was one of the main reasons we wanted to make this decision.

“Mercedes as a team, with this power unit, is clearly the benchmark in F1 nowadays.

“The best thing is to have the same powertrain as the best team in the paddock at the moment. Then there’s nowhere to hide for us.”

When McLaren was preparing to split from Mercedes after the 2014 season, then-boss Ron Dennis said F1’s V6 turbo-hybrid engine era was too complex for a customer team to beat a manufacturer.

However, Seidl has “absolutely no worries” McLaren will not “get the same treatment” as Mercedes’ works team.

He is also confident that picking an engine manufacturer 18 months in advance is not a risk because the 2021 rules will feature no changes on the engine side.

“With the regulations staying the same on the power unit side there is convergence between the manufacturers,” said Seidl.

“We see already they are all quite close together, which is good for us as an independent team, not having our own engine.

“But I think with everything Mercedes has shown in the last five or six years, in terms of commitment, in terms of quality, reliability, we are convinced it’s definitely the right way to go for us from 2021 onwards.”

Since joining McLaren as team principal in May, Seidl has actioned two major decisions: a new wind tunnel and the Mercedes deal.

McLaren’s F1 CEO Zak Brown made it clear Seidl was the person who drove the Mercedes decision, and Seidl said: “A decision like that is something where you have a lot of discussions and communication with all the parties involved.

“I have a lot of discussions day by day with Zak about how we want to approach the future, but in the end it was quite a straightforward decision.

“I’m happy I have this support from Zak, from the shareholders, in terms of putting my vision in place.”