McLaren is reported to be considering raising up to £275m to help see it through the COVID-19 crisis by mortgaging both its Woking headquarters and part of its spectacular collection of historic Formula 1 cars. 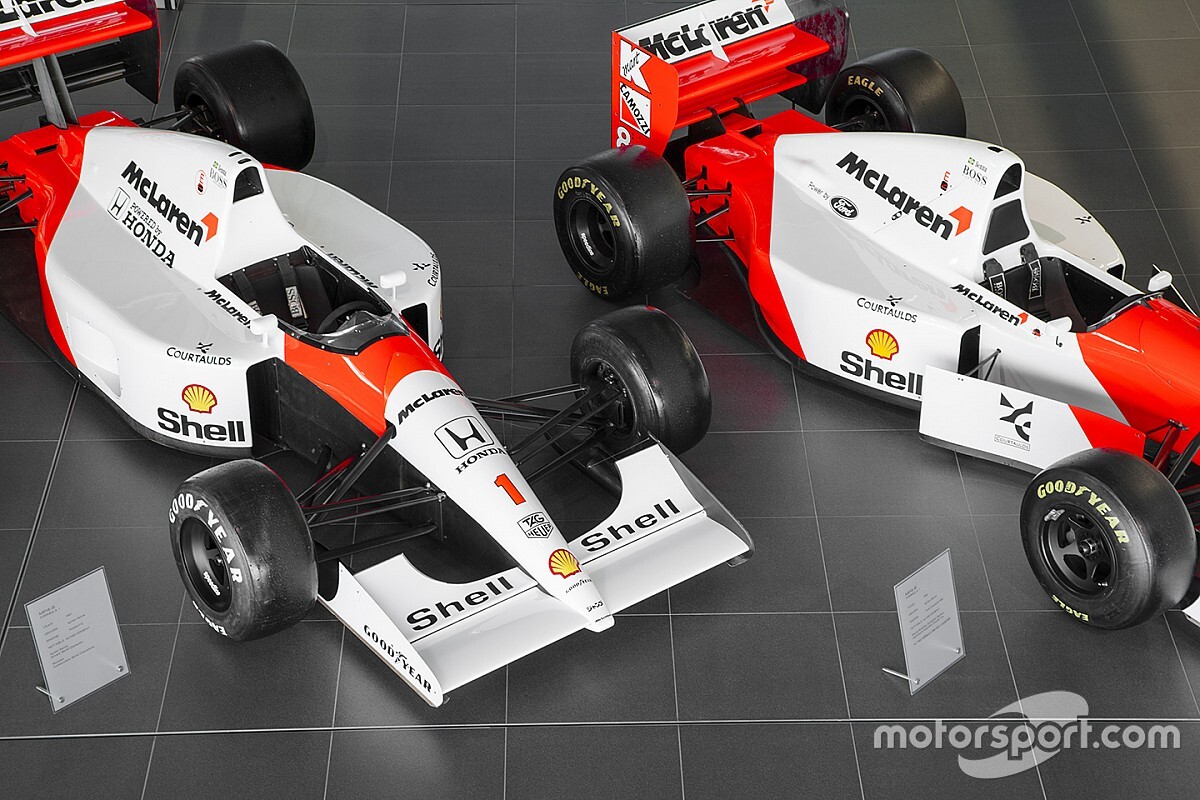 If confirmed, the move will have close parallels with a recent arrangement by Williams which saw the Grove team take a loan from Michael Latifi – also by co-incidence a shareholder of McLaren – with the assets used as collateral including over 100 F1 cars from the Williams collection, as well as the factory.

Sky News has reported that the strategy is being pursued by McLaren and its advisor JP Morgan after an application for a £150m loan from the UK government’s Department for Business, Energy and Industrial Strategy was turned down.

Although many have been sold over the decades, the team owns a huge collection of historic cars, including many associated with World Champions, with those connected to Ayrton Senna regarded as the most valuable.

In May 2018 the Brazilian’s 1993 Monaco GP winning MP4/8 was auctioned by a third party and bought by a well-known racing driver for the euro equivalent of £3.7m.

Sky believes that the McLaren car collection is valued at up to £250m, and the facility at £200m.

Like many businesses around the world, McLaren Racing and sister company McLaren Automotive have been hit hard by the current crisis, thanks to a lack of racing and a global halt in car sales.

Staff from all parts of the organisation have been on furlough in recent weeks.

McLaren has declined to give any details of on any plans to raise cash. A spokesman told Motorsport.com: “Like any other British businesses McLaren has been severely affected by the current pandemic and we are therefore exploring a variety of different funding options to help navigate these short-term business interruptions.”

Some of McLaren’s very best heritage cars were tied to a previous financial arrangement in 2017, when the company was in the process of buying back the shareholding of the departed Ron Dennis.

Thirteen cars that represented the cream of the collection were as listed security in relation to a deferred payment of £37.5m which Dennis was due to receive in respect of the agreement made with the remaining shareholders in June that year.

The payment was eventually made as scheduled, and the cars thus remained with McLaren.

The oldest on the list on that occasion was MP4-1, the very first carbonfibre car built for the 1981 season after Dennis’s Project 4 outfit was merged with McLaren.

In addition there were examples described as race winning cars from other championship years, from 1985, 1986 and 1988 – with the last being MP4/4-1 from the team’s most successful season.

Also on the list were Senna’s last race-winning MP4/8 from the 1993 Australian GP, and the unique Lamborghini-powered MP4/8 test car from that season that the Brazilian drove before Dennis decided not to use the Chrysler-backed engine.