McLaren believes the new nose that it raced for the first time at the Russian Grand Prix will help it unlock some untapped potential from in its Formula 1 car. 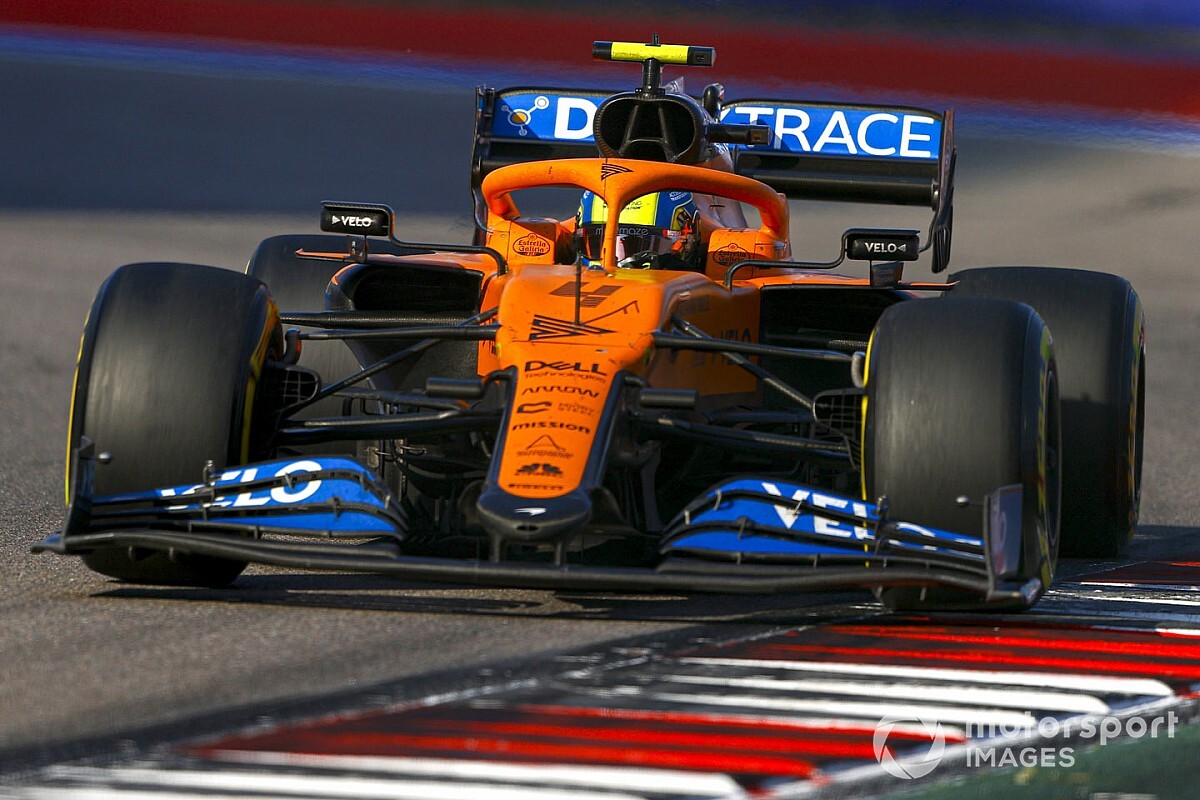 The Woking-based outfit, which is currently third in the constructors' championship, beat Formula 1's final homologation deadline for major parts changes by racing its Mercedes-style nose at the Russian Grand Prix.

And while the nose itself did not deliver an obvious step forward in pace alone, team principal Andreas Seidl thinks the different aero direction that the new design will allow it to pursue should help unleash more speed from its current car.

"With the mid-season homologation date, we obviously wanted to gain experience with it as quickly as possible," said Seidl when asked by Motorsport.com about the new nose concept.

"That's why we also decided to actually test it step-by-step as soon as we had certain parts of this package available. So, the target is clear: that's the development direction we have seen in the windtunnel with this different nosebox concept. It is something that we believe is the right direction to head to for the future.

"So the plan is to gradually now bring step-by-step more parts of this package to the track, with a clear goal to unlock more performance."

McLaren continues to believe that Racing Point has the third fastest car right now, with Renault also making some strong progress since the Belgian Grand Prix.

The closeness of that midfield fight has left Seidl under no illusions that McLaren will need to ramp up its upgrade push if it is not to lose out to its main rivals in that fight for third place overall.

"In terms of pure car potential, I think the Racing Point is similar to how it has been on average since the Barcelona test, in that it is clearly the fastest car in this battle," said Seidl.

"Renault it is also clear they made a good step forward since Spa. At the same time, we were always close battling them in the races, either in front of them or in the mix in qualifying sessions.

"We have acknowledged that they made a good step forward and it's simply down to us now to make sure that we also progress with our car and find the next step in terms of pace if we want to keep this battle alive.

"It's important to analyse what happened [in Russia], also analyse in detail what the introduction of this new nose box did on Lando's car. And then it's important to make the right conclusions and bring upgrades to keep this battle alive."

The Verstappen 'hustle' that Albon is chasing