Carlos Sainz says a presentation his new McLaren team gave him when he arrived at Woking has left him convinced the team knows what it needs to do to return to the front of the Formula 1 grid.

After a difficult 2018 campaign that was hindered by a fundamental aero problem on the MCL33, McLaren has undertaken a restructuring to help ensure it does not repeat its mistakes in the future.

And although the squad was unable to show its progress in understanding the problems on track, Sainz says that the message he has had from McLaren team members is that it knows what steps it needs to take – even though there is no suggestion of a quick fix.

“I don’t see a lot of scratching heads,” said Sainz, speaking at a launch event for the new OnePlus 6T McLaren smartphone at its Woking factory on Tuesday.

“I see they more or less have a very clear picture of what has happened, why and the way we need to improve.

“Already when I got here, they made me an explanation and presentation of what happened – so for me it was very positive to see how there are some clear minds out there, and strong leadership, to see where we are going. For me it was nice to see that when I arrived here.”

Sainz is not pretending that McLaren can instantly get back to the top of F1 next year, but he thinks the potential is there for a longer-term recovery.

“It is still not going to be night and day, and it is still going to be a process of years ahead, but I am happy to be part of this process.

"I am proud of this team because I think I can be a good help and I can improve with them altogether.”

Sainz admitted he had been slightly concerned that McLaren’s morale would be low after its struggles this season, but he says the opposite was true when he arrived.

“Probably on the back of my mind I thought maybe I would find a team that wishes that its season is over and we go for next year,” he said.

“But actually I have found a team that is full of battery, even in November/December. It is full of will to go racing next year, and that is an immediately contagious thing.

“It [the energy] gets really well through everyone in the team and through me.

"I was coming full of energy and full of batteries – and it has made me come even more than I thought to Woking to make sure that I cover all the areas before we go racing next year.”

Asked if he felt McLaren has the ingredients it needed to become winners again, he said: “I think the team has the tools but I still think that Mercedes has set a new bar to everyone.

“I think every team that is not Mercedes right now is playing catch up. They have set a new benchmark to all the teams of F1, the way they need to work and perform to get the level they are, which is simply incredible at the moment.

“That is why there is not a lot of rush, but there is a commitment to improve McLaren and to make it first a solid midfield car and then do a step. And that is our short-term/mid-term plan.

"Hopefully one day this team, and hopefully I am still here, goes back to where it belongs.” 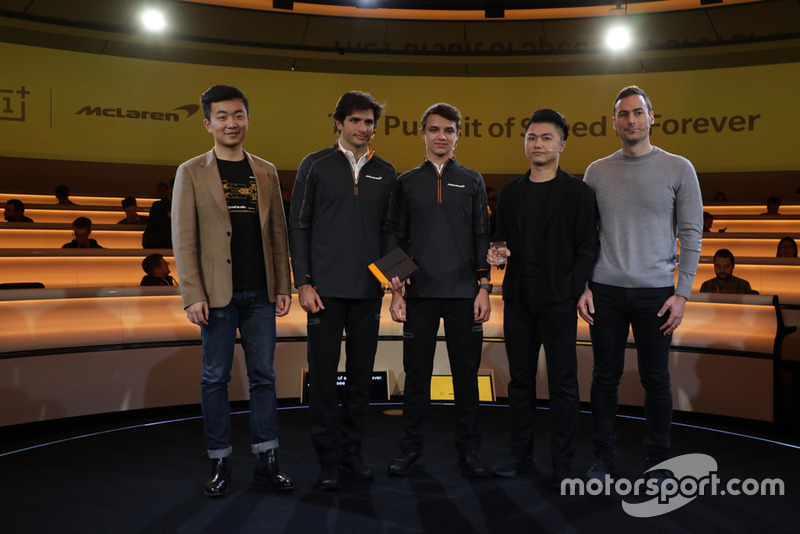