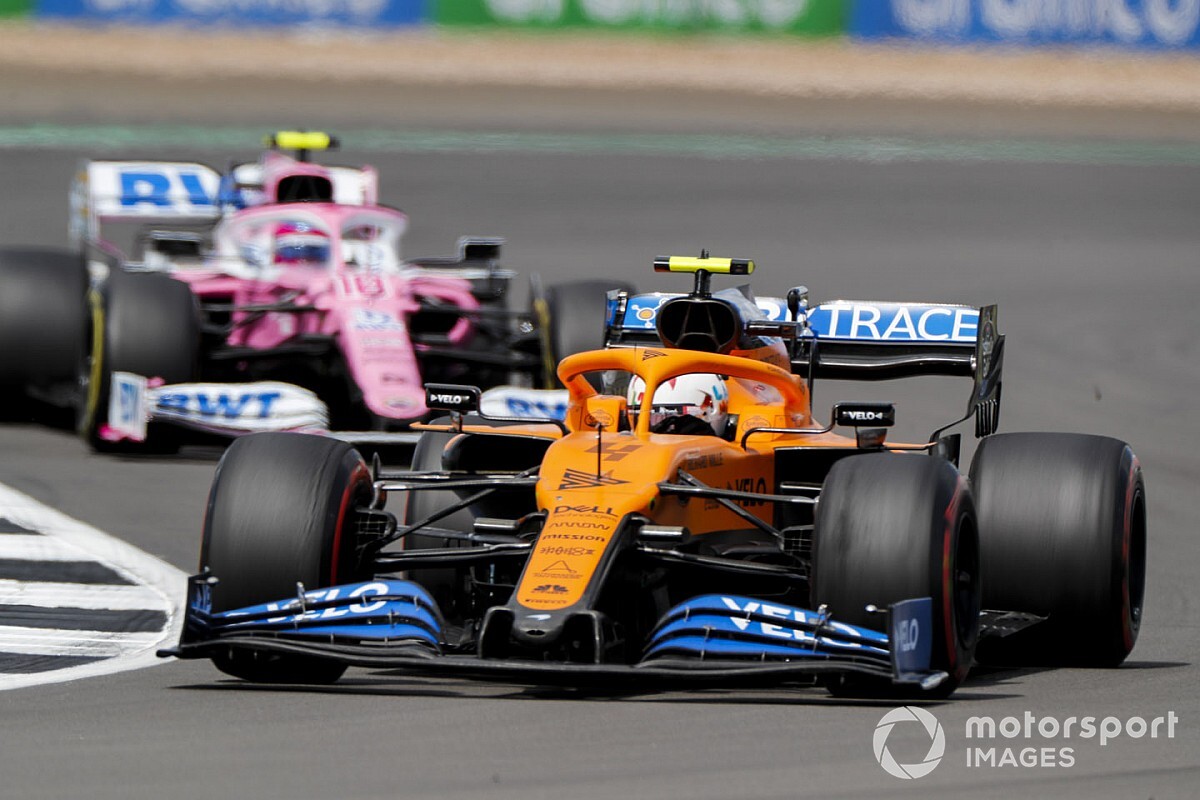 McLaren has explained its decision to withdraw its appeal against the FIA’s Racing Point ruling, saying it was satisfying by assurances made in the clampdown on future car copying.

Racing Point was hit with a 15-point Formula 1 constructors’ championship penalty and a €400,00 fine after it was deemed to have copied Mercedes’ 2019 rear brake ducts design on its 2020 car.

Racing Point based the concept of the RP20 car on last year’s title-winning Mercedes W10, claiming to have reverse engineered the design based off photographs.

McLaren was one of four teams to initially lodge an intention to appeal the ruling with the FIA, pushing for a harsher penalty, but opted to withdraw from the case earlier this week.

Williams also opted to drop its appeal, leaving only Renault and Ferrari to take formal action in pursuit of a greater sanction against Racing Point.

Asked by Motorsport.com why McLaren opted to drop the appeal, team principal Andreas Seidl said that assurances made by the FIA over a clampdown on car copying had allayed some of its fears.

This came after the FIA’s head of single-seater matters, Nikolas Tombazis, announced last Friday the 2021 regulations would be tweaked in order to prohibit car copying.

"The most important thing for us was a clear commitment and agreement from FIA and F1 that they want to prohibit extensive copying in the future.

“We got this agreement with the announcement of Nikolas last Friday in Silverstone and with further information we received on Tuesday.

“Based on that, we got everything which is important for us as McLaren for the existence of our team in the future, and for also making sure that we can be competitive in the future.

“That's what we wanted to get. Now it's important for us again to spend our energy on our own team, because as we have seen in Silverstone at the second race, we still have a lot of work to do.

“That's what I want to spend my energy on.”

Seidl previously raised concerns about F1 becoming a “copying championship” if Racing Point’s actions went unchallenged in the wake of the case.

Further clarifications regarding the ban on car copying have arrived this week after the FIA’s secretary general for motorsport Peter Bayer wrote to teams regarding upcoming rule changes.

Bayer told teams the updated rules would “expressly prevent teams from using photography or other reverse engineering techniques to copy large parts of other teams' cars”.