While Lando Norris pulled off a shock in the damp qualifying on Saturday to grab his maiden pole position, he and his bosses are cautious about being able to stay in front in the race.

With the worst of the weather appearing to have passed, and the grand prix set to be dry, all eyes will be on whether or not Lewis Hamilton can move forward quickly from his fourth place on the grid.

Speaking about McLaren's prospects, Seidl said: "All we know from [Friday practice] is that when we have normal track recommendations, especially Mercedes was in a different league.

"It's a track where they're historically quite strong. And that showed in practice, so I guess it would be very difficult to keep especially Lewis behind.

"But, at the same time, we have seen it in previous races, if you start ahead there's always a chance to do something great, and that's what we want to try again, without getting too focused on the win.

Norris, who managed to hold off Hamilton during their battles at the Italian Grand Prix, thinks things are not going to be as clear cut as they were heading in to the Monza race.

A fortnight ago, front row starter Daniel Ricciardo knew that if he could lead into the first corner then he had a good chance of the victory.

Norris says that there is greater uncertainty about what to expect in the battle at the front in Sochi, especially because of more limited running due to Saturday practice being a washout.

"I think it's definitely harder to give a clear answer than in Monza, because everyone was doing quite different things on Friday," he said.

"Some people were trying to treat P2 as P3 and some were treating P2 as P2. So understanding everyone's actual pace is not as clear as what it was in Monza.

"I think we have a few more unknowns in a way but we will do our homework and review everything from testing , and see what we can do." 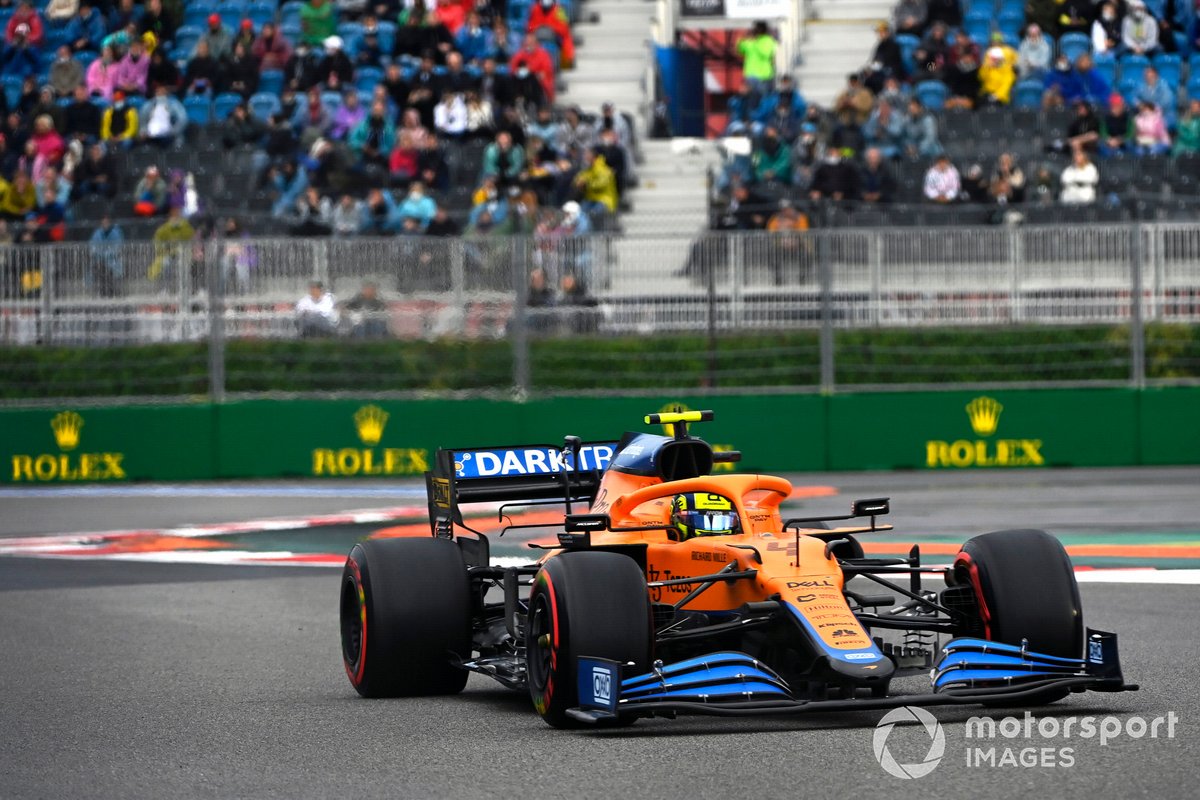 But although unsure about how things will play out, Norris said he was up for the fight if Hamilton charged forward.

"I guess Daniel was a lot more positive and confident of it last time out: he said he's going to go out and get a win and he did. So maybe I need to change my approach a little bit more.

"Normally I'm more downbeat, and if it turns out positive, then it's better, rather than thinking positively and coming up with a negative in a way. So I'll try my best, and I'll go for it.

"I believe we can; there's an opportunity for it, but Mercedes are still as quick as they have been all season. This is probably one of their best circuits of the whole season, so it's going to be a good challenge. But I'm up for it."

Russell shows Williams 'not as bad as people think' - Verstappen