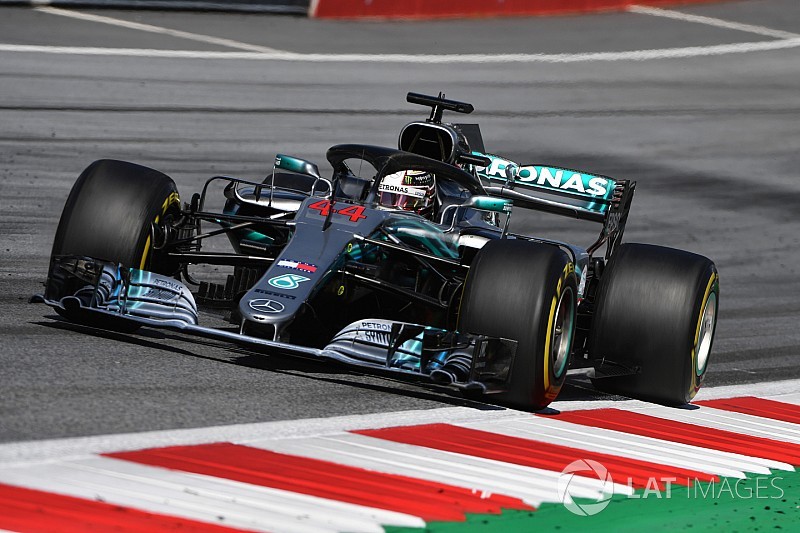 Mercedes F1 boss Toto Wolff has defended the team's Formula 1 strategist James Vowles after the decision not to pit Lewis Hamilton under the virtual safety car in the Austrian Grand Prix.

Hamilton was the only frontrunner not to pit when his teammate Valtteri Bottas triggered the VSC.

His race engineer Peter Bonnington had to come on the radio and tell Hamilton that he would have to make up eight seconds of race time.

Vowles subsequently twice spoke to Hamilton directly, apologising for the mistake and trying to motivate him, saying "Give us what you can," and later, "We trust in you and believe in you."

Asked about the Austrian VSC call – and other strategy decisions in 2018 – Wolff insisted that Mercedes was fully behind Vowles and said it took "guts" for him to admit to a mistake in a team radio message that was broadcast to TV viewers.

"We don't need to make changes," he said. "The most important thing is to understand why an error happens, and go back into the situation and analyse it.

"I don't think that we would make an error twice. It's just that the situation is very complex, we are fighting [between] six cars and it's just a tough situation.

"For me, James is one of the best ever, and it needs guts to come out and in order to save the best possible result go out there and say in front of millions of people and say, 'That was my mistake, now you can still do this, with the car you have'."

Wolff said that putting Vowles on the radio, and admitting that the pit wall had got it wrong, was a way to motivate Hamilton.

"For Lewis, leading the race comfortably and coming out in P4, it was a moment where he was really suffering.

"And we thought that it wasn't all over. We wanted to recover the maximum points that we could, and at that stage we were all in pain about the mistake that we'd made.

"James coming onto the radio is the mindset that we have, we are able to say that we've done a mistake and in order to close the matter, and also to give him peace of mind that there's complete acknowledgement within the team that that has gone wrong, and it was our mistake, in order make him park the thought.

"It was about extracting what was left of performance in him, and helping him out of the mind loop of 'How can this possibly have happened?' By admitting the mistake it's easier to get yourself out of the spiral."

Wolff also praised Hamilton for his positive attitude in the post-race debrief, in which Mercedes staff members back in the UK also participated.

"We had a debrief right now, because you have to stick to the protocol. And he came on the radio and said, "I don't know how many are listening right now in Brixworth and Brackley but I cannot remember when I DNF'd last time.

"So we need to recover from this and I have no doubt we will come back strong.' That is his mindset."

How Mercedes outdid its own Armageddon