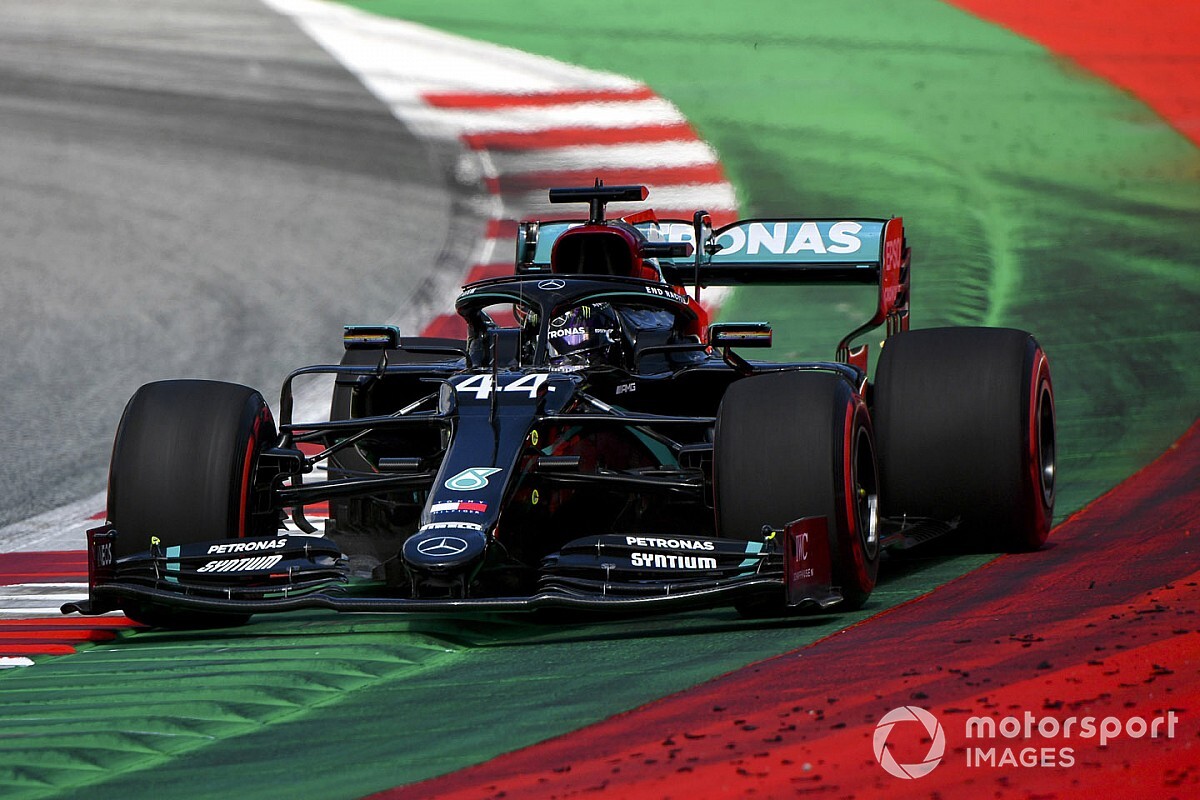 Mercedes has admitted that it is facing a "complex problem" in trying to solve its Formula 1 gearbox issues ahead of this weekend’s Styrian Grand Prix.

A combination of electrical interference within its systems, allied to the vibrations caused by running over kerbs at the Red Bull Ring, left the team running the risk of gearbox failures in last weekend’s Austrian Grand Prix.

The team has admitted that the problems are inherent to the current configuration that the W11 runs in and, despite having staff already getting to work on trying to solve matters even before last weekend’s race started, there is no obvious quick fix.

Speaking in the team’s regular post-race video debrief, Mercedes’ head of strategy James Vowles said: “We have a number of people back at the factory working day and night for this. In fact, they were working in parallel to the grand prix.

“Whilst the grand prix was taking place, they were already doing their utmost to try and understand what the problems were to get ahead of the issue before we get into this week.

“We know that if we don’t get on top of these issues it will be a problem again in just a few days’ time. And the reality behind it is that it is a problem that could have cost one or both cars the opportunity to finish the race on Sunday. Equally, it’s a complex problem.

“If it was something straightforward, we would have done our best to fix it last week and clearly we didn’t.

“All we know right now is there are electrical elements of the gearboxes that are suffering, and we need to do more in order to get them through a grand prix.”

Mercedes suspects that the gearbox problems will not be such an issue at tracks that don’t require such aggression with the kerbs, like the Red Bull Ring, but this weekend's repeat race means it has work to do.

The nature of the Austria track means drivers need to be aggressive over the kerbs if they are to deliver a good lap time, so it cannot afford to be too conservative in its approach.

Vowles added: “The reality behind it is that the Austrian circuit is very, very aggressive, especially with the kerbs.

“The issue itself in the gearbox is electrical by nature and the reality behind it is we now have a few days to get on top of this issue.”

Team boss Toto Wolff added the team will trial new parts in order to prevent a repeat of last weekend's issues. "We will run new components this weekend to improve the situation," Wolff said.