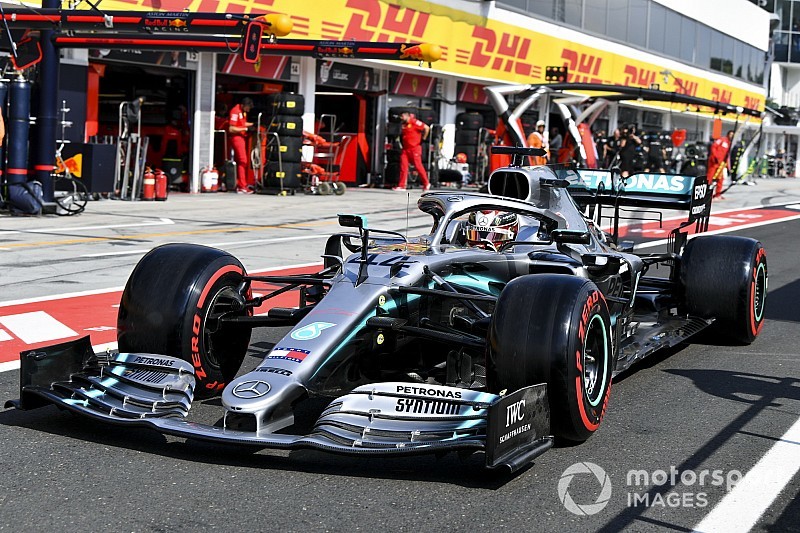 Mercedes duo Lewis Hamilton and Valtteri Bottas have been the most conservative Formula 1 drivers with their tyre choices for the Belgian Grand Prix.

Both of Mercedes' direct rivals, Ferrari and Red Bull, have chosen a maximum of 10 sets of the soft C3 compound for the Spa event, picking also two sets of the C2 mediums and a single set of hards.

Mercedes' drivers Hamilton and Bottas, meanwhile, have opted for eight sets of softs and four sets of mediums.

McLaren's Lando Norris is the only other driver to have picked only eight sets of the softest compound.

Like Ferrari and Red Bull, Renault and Haas have also maxed out on softs, while all the other drivers have picked nine sets of the red-walled tyres.

Williams' George Russell is the only driver to have picked two sets of the C1 hards.

What Wolff is thinking in Mercedes' driver quandary