Lewis Hamilton says adjustments Mercedes must make after a team member tested positive for COVID-19 will take a lot of work if it is to avoid any 'disturbances.' 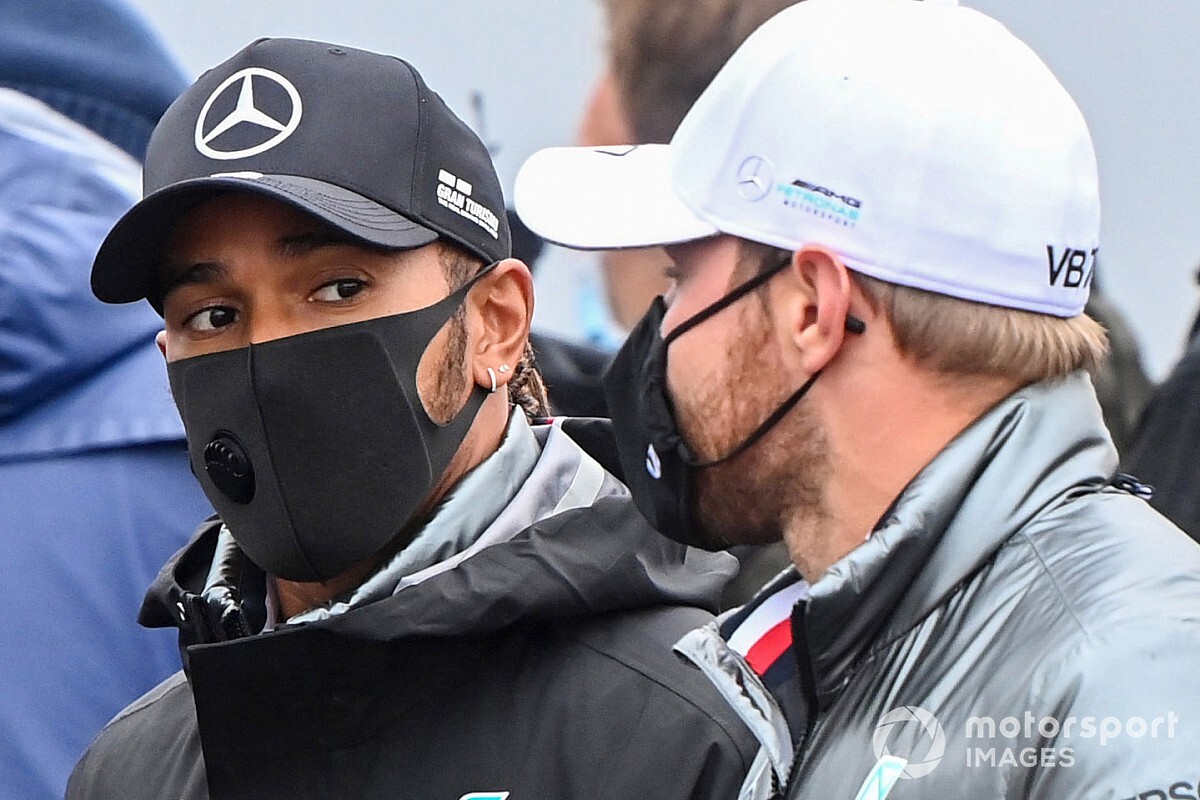 The German car manufacturer's preparations for the Eifel Grand Prix suffered a setback on Thursday when an unidentified team member was confirmed as having been infected with coronavirus.

As part of the FIA's protocols, that team member has now been isolated.

Their identity has not been revealed, and no further details have been released about whether any further Mercedes team members have had to be put into quarantine after coming in to contact with the individual.

However, losing any individual from a race team at such short notice will inevitably require job responsibilities to shift – which can have knock-on consequences.

Hamilton, who is chasing a record-equalling 91st F1 victory this weekend, said the development was a 'concern', and highlighted that it would have an impact on the way Mercedes worked this weekend.

"Naturally, it's sad to hear that, for the guys that work so hard," he said. "We've had this week in-between, and those guys work so hard to stay safe and to be here on the weekends. So it's definitely a concern.

He added: "I can't say what it's going to do to the weekend. We have a lot of great people within our team, it's not just about one person.

"We'll try and make him proud this weekend, and it's just going to take a different type of work, a lot of work, to make sure that we continue on without any disturbances."

The Mercedes individual is the first F1 team member to have been tested positive at an event since Sergio Perez at the British Grand Prix.

Perez was forced to miss two F1 races as a result, and the latest incident has highlighted just how careful everyone needs to be to avoid being taken out.

Valtteri Bottas said that despite a Mercedes team member catching it, he had faith his team was managing the situation as well as it could.

"I think for sure, as a driver, the last thing you want is to get it," he said. "It would definitely mean at least missing one race, maybe more.

"We had one example of that already, so we are being as cautious as we can, following the protocols, try to be sensible, and stay in the bubble.

"Of course sometimes it can be a matter of luck. It's pretty contagious. We're all trying to do the best we can not to get it.

"Of course it's unfortunate that one team member got it, but I fully trust how the team is handling everything, following all the protocols and doing everything we can to make sure that it stops there in that one case. I have all the trust in that."

Schumacher 'has nothing to prove' in FP1 run - Leclerc