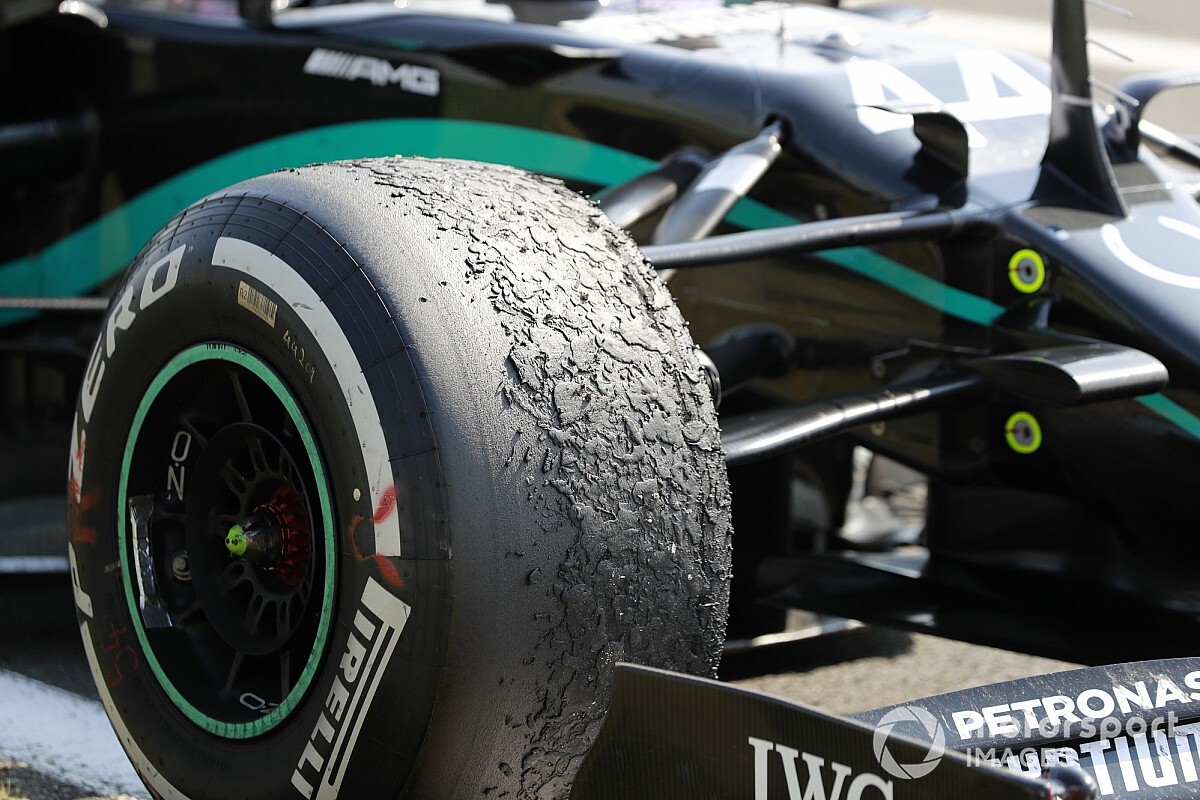 Lewis Hamilton and Valtteri Bottas were badly hampered by blistering in the 70th Anniversary GP, which compromised their pace and allowed Red Bull and Max Verstappen to score a well-judged strategic victory.

Shovlin said that a difficult 70th Anniversary GP showed that the team that it was at the "very, very worst end" of the blistering spectrum, and it now has days to resolve its issues or it risks looking "silly" in the Spanish GP in Barcelona, where hot conditions are expected.

"We knew that blistering was an issue," said Shovlin. "We knew that last week. We know what sort of temperatures that it will occur at. And so that wasn't news to us.

"What was news to us was we're kind of at the very, very worst end of that problem.

"And Red Bull appears to be at the very best end of that spectrum. And that's the thing that we need to understand. Because there's been other races where everyone's been in the same boat, but why are we an outlier? Right now, we haven't got the answer.

"And you know, there's an element of urgency here because we're in Barcelona, we're flying out there on Tuesday, running on Friday, it's forecast to be 30C, the track will be a bit like this. It's a high-energy circuit."

Shovlin conceded that the return to Pirelli's hardest C1 tyre in Spain may help the situation.

"If we don't solve it, you can probably hide from it a little bit on that C1 tyre. But we've still got to run the tyre that today was causing us grief, and that wasn't solving the problem for us.

"We've seen Red Bull, they're not that far off us in races, even when we're looking at our best. So I think to be honest, if we don't make progress, we'll be in trouble there as well. So that's kind of where this urgency to get a bit of a grip on it comes from."

Shovlin says that the team has learned a lot in the past from digging into disastrous races such as Singapore 2018 or Mexico 2018.

"When we've had those bad races, it's actually kind of taught us more about where the performance exists on the car.

"And some of them we've realised there's mechanisms at play that we didn't even know about that are quite critical, and they become sources of future development.

"So it's not to say that right now we've learned, because I think this is not a straightforward problem.

"This wasn't something that last year's car suffered from. And this year's car is, by and large, an evolution of last year's car. There's not any areas where we've really changed philosophy, we've just been pushing down the same paths for development.

"Right now, we don't understand what the problem is."